Select the Fire TV device you want to see. 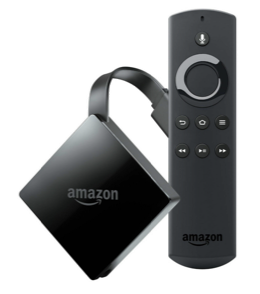 Fire TV (3rd Gen) was released in October 2017 and supports resolutions up to 4K ultra HD at 60 fps. It also supports HDR10 (High Dynamic Range, which results in bolder contrast and more vibrant colors) and supports Dolby Atmos for richer sound. Fire TV (3rd Gen) has a pendant form factor, making it less visible and more portable (this form contrasts with the set-top box form of the 1st Gen and 2nd Gen models). Its 1.5 Ghz quad core processor has more power than the stick, and it has a micro USB port that can optionally accept an Ethernet adapter. Fire TV (3rd Gen) also runs Fire OS 6, which is based on Android API level 25. 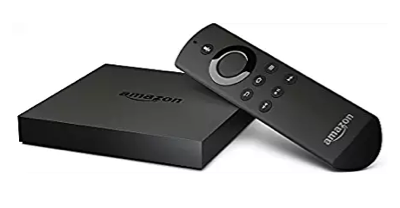 Fire TV (2nd Gen) was released in September 2015 and supports resolutions up to 4K ultra HD. In contrast to the 3rd Gen model, the 2nd Gen has a set-top box form factor, provides a USB port, has a direct Ethernet port, and runs Fire OS 5. Its fast CPU (2 Ghz and 1.5 Ghz dual cores) gives it strong processing power, and it is compatible with a game controller. The 2nd Gen device is now available in stores only as a refurbished device.

Fire TV (1st Gen) was the first Fire TV, released in April 2014. Its form factor is similar to 2nd Gen, but its maximum resolution is only 1080p @ 30fps. Like 2nd Gen, it runs Fire OS 5 and has similar ports. This device is no longer sold in stores and is not likely common among Amazon customers.