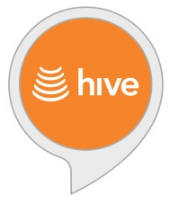 British Gas, part of the Centrica group, serves around half of Britain’s homes. In 2013, it launched the Hive brand with a mission: to revolutionise the way we manage our homes through clever and simple-to-use smart home devices. Its first product, Hive Active Heating™, quickly became and remains the UK’s most popular connected thermostat for controlling home heating and hot water.

Today the Hive portfolio includes a wide range of other smart home devices including motion and contact sensors, plugs, and white and colored light bulbs. A single app and hub controls all these devices. Some Hive devices help people manage energy while others provide greater comfort or peace of mind at home.

Simplicity is at the core of all Hive devices, which made integration with Alexa a natural next step, says Elvin Nagamootoo, Hive product lead. So when Alexa arrived in the UK, the Hive team was ready.

The Hive team built two Alexa skills to serve two different purposes. Hive’s smart home skill uses the Smart Home Skill API and enables customers to interact with smart home devices through standardized intents (meaning the team didn’t have to create a whole new voice user interface). It also lets customers group together devices from different manufacturers for easier control. For example, with a single utterance, a customer can control everything in the master bedroom including Hive lights and a smart fan and switches from other providers.

The custom skill provides commands for device-specific controls for Hive products. For example, Hive customers can temporarily boost the ambient temperature (thermostat) or switch on the hot water (boiler) for an hour.

The Hive product team started working on the voice user interface for the custom skill in July 2016, mapping out the intended customer experience. Developing for voice was a new concept, and the team used the Alexa Skills Kit to get up and running quickly.

“We’ve always built visual user experiences through apps, and the voice experience is very different,” says Nagamootoo. “Having expertise from Amazon was really helpful in developing the best experience we could offer our customers.”

The team documented the primary intents in flowcharts, then passed them to the agile development team consisting of developers, QA testers, and a scrum master. After weeks of development and testing, both skills passed certification and were published on the same day.

How do UK customers ask Alexa to turn on the lights? It depends where they are in the UK, says Zoe Dyer, Hive product manager. Dyer says handling the UK’s wide variety of dialects and phrases posed a challenge.

Luckily, the Hive team is based all over the UK. The team members worked through each intent, uncovering every possible phrase a customer might use. They then documented these spoken variations for the scrum team so they could add them as sample utterances in the skill.

“There were some unexpected ones like ‘bosh the lights on.’ And a lot of people say 'please' either at the start of the sentence or at the end,” Dyer says.

As for integration challenges, there were already APIs for connecting to Hive’s backend systems. The team added OAuth authentication to link Hive and Alexa accounts, which proved to be a straightforward process.

“Amazon has made the development tools and the SDK simple to use from an interactions perspective. The submissions process was also straightforward,” says Nagamootoo.

Nagamootoo says customers responded positively to both of Hive’s skills for Alexa. Customers reported that Alexa had created a frictionless way to control the Hive devices within their homes.

Since the initial launch of the skills, Hive’s customers have asked for additional features. Many asked for the ability to Alexa for the current room temperature. Customers also wanted more control over the color and warmth settings for their Hive Active Light™ LED bulbs.

Thanks to the addition of tunable lighting control and thermostat query to the Smart Home Skill API, the Hive team has delivered on both of those requests. Now, Hive’s customers can adjust the shades of white and hue of their Hive LED lights as well as query and set their thermostat’s temperature with simple commands like, “Alexa, what’s the temperature inside?” and “Alexa, set table lamp to reading.”

“Alexa felt like the game changer for us, where voice technology became really usable, almost effortless to interact with,” says Nagamootoo. “The Hive team is looking forward to working with Amazon in the future, and we are really excited about what Alexa can do in 2017 and beyond.”

Developers have built more than 12,000 skills with ASK. Explore the stories behind some of these innovations, then start building your own skill. Once you publish your skill, mark the occasion with an Alexa dev shirt.