The Alexa evangelist team built a simulation tool called TestFlow to streamline skill debugging and testing. Use the tool to test your skill code without needing to package or deploy your project.

[Read More]
Permalink |  Share
Things Every Alexa Skill Should Do: Include a Variety of Responses

It’s easy to add variety to your responses. It keeps the conversation going between Alexa and your users, and it adds the attention-grabbing variety that every conversation needs to thrive.

Prime Day is one of the biggest shopping days of the year. That means you'll soon be able to reach and delight even more customers via voice. To get your skill ready for prime time, join us for a live Twitch stream on Thursday, July 12 at 10 a.m. PST.

Learn about the possible pathways a customer can take to make (or decline) a purchase in an Alexa skill and some best practices to create a seamless in-skill purchasing experience.

Update December 7, 2016: Today we announced the US preview of our new Alexa Skills Kit (ASK) built-in library is available to developers. Learn more >

A year and a half ago, we released the Alexa Skills Kit, and we’ve seen developers are eager to build skills and learn to build voice experiences. Developers like yourself have published over 5,000 skills, up from just over 100 at the beginning of the year. These skills are available on millions of Alexa-enabled devices in the US, UK and Germany. 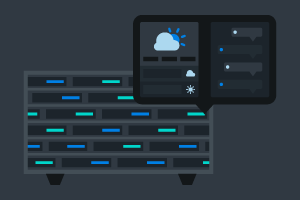 Today we announced that we will roll out a library of hundreds of new intents and slots as part of the Alexa Skills Kit in developer preview in the coming weeks (US only). These new slots and intents are the product of learnings over the last year for Alexa’s natural language understanding (NLU) that help Alexa better understand and reply to requests. With the new built-in library, we have combined those learnings with the most common requests we have seen from the developer community to offer hundreds of built-ins for use in your own skills. This is just a start and we will continue to increase the set of built-in functionality and improve their accuracy as we get feedback from all of you.

With built-in intents and slot types, you do not need to provide sample utterances to train Alexa to understand customers’ intents for your skill. We introduced the concept of built-ins earlier in the year beginning with 15 intents (such as Stop, Cancel, Help, Yes, No) and 10 slot types (such as Date, Number, City, etc.). As part of the Alexa Skills Kit we now are introducing a new built-in library that provides hundreds of built-in intents and slots – for developers as part of the Alexa Skills Kit. The syntax for these built-ins are designed to make integration of these capabilities super simple in your custom skills.

For example, let’s imagine a custom skill that allows someone to ask for the temperature in a location for the next three days. If we wanted to build this skill previously, we would have to create an interaction model that included a combination of built-in and custom intents for handling how someone would ask the question. Most likely this would include built-in slot types for city and state, a built-in slot type for the number of days, and then a lot of sample utterances to ensure Alexa was accurately understanding the question each time. We also would need to do server side type validation to ensure we were being passed the specific type of data we were looking for.

With the new built-in intents library, weather becomes an object that Alexa knows a lot about, both weather itself and its attributes, but also how a person may ask for the weather. Our interaction model now can be done with no sample utterances and a single intent! We call this new type of interaction an Intent Signature and it includes actions, entities and properties. There are numerous Intent Signatures available for use in your Alexa skills across all sorts of categories.

Stay tuned to learn more about built-in library. For more information about getting started with the Alexa Skills Kit, check out the following:

Discover how to use account linking with Login with Amazon to seamlessly integrate your Alexa skills with third-party application. Get step-by-step instructions to speed configuration.