It’s been three months since we launched Amazon Coins, and we’re already seeing quite a bit of customer and developer excitement around the new virtual currency.

At launch, we distributed 500 Amazon Coins to every Kindle Fire customer in the US to purchase apps, games and in-app items in the Amazon Appstore and on Kindle Fire. The customer reaction has been great. Customers already spent hundreds of millions of Amazon Coins, representing real dollars to developers, who still received their 70% revenue share.

Here are some results from real developers:

“We saw a significant increase in revenue after the Amazon Coins announcement. Revenue from Amazon Coins during the launch week was higher than previous week’s revenue. What was also interesting is that our cash receipts also saw a lift from Coins.”

“Amazon Coins accounted for more than half of our sales for the week of May 13th, which means our customers chose Coins two-to-one over cash. Our total weekly sales were also significantly higher after the launch of Amazon Coins.”

“Our SMS texting and calling app revenues grew more than 300% on Kindle Fire the day after Amazon Coins went live, with a staggering 78% coming from Coins. We’re convinced that this virtual currency makes sense for developers no matter what category their app is in; it certainly does for us.”

Halfbrick, PepiPlay and textPlus are just a few examples of developers already benefiting from Amazon Coins. In fact, for almost half of developers who monetized their Amazon apps using Coins, weekly revenue jumped more than 50% after the announcement.

As significant, the percentage of Amazon Coins spent on indie developer apps outpaced cash spent on the same segment. For some indie developers, Coins already account for the majority of their revenue.

These early signs show that customers are willing to use their Coins to try out and explore a new apps, games and in-app items. We don’t expect this trend to stop anytime soon. We recently introduced a new offer to Kindle Fire owners in the US. Every customer is now able to earn even more Amazon Coins when they buy select games.

Now is a great time for developers to submit their apps to the Amazon store and it’s easy to get started. Submit your apps today and take advantage of Amazon Coins.

Amazon has started distributing Amazon Coins, which can be used to buy Kindle Fire apps and In-App Purchasing (IAP) items (except subscriptions). Starting today, every U.S. Kindle Fire owner is getting 500 coins ($5) to spend on apps, games, and IAP items. Customers will also be able to buy more coins from Amazon at a bulk discount of up to 10%. As customers use their coins, you will have the opportunity to make money and monetize your Kindle Fire app. 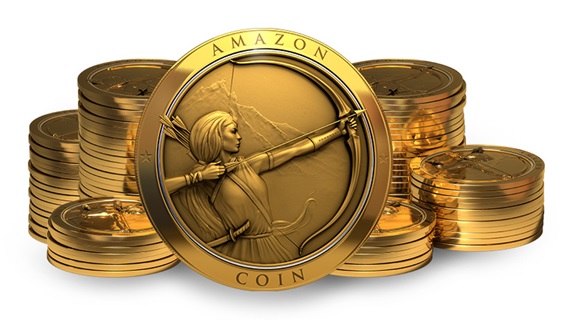 If you don’t have an app for sale on Amazon yet, it’s easy to get started. Based on our testing, over 75% of Android apps submitted to us work on the Kindle Fire, without any additional development required.

Create your developer account then submit your app to benefit from Amazon Coins. For more details about Amazon Coins, see the official press release here.