We can't all race McLarens down city streets, but we can get one step closer with Gear.Club, the ultimate racing game by Eden Games. Gear.Club creates a realistic driving experience, letting you collect the most gorgeous and powerful cars in your performance shop and competing live with your friends through unlimited races, championships, and events.

Their challenge: bring new users to their game and increase engagement of current players to result in more driving time. To accomplish this, they integrated Amazon GameOn to easily run cross-platform tournaments, including leaderboards, and to award players with real-world prizes fulfilled by Amazon.

“We found the idea of rewarding tournaments with physical products shipping from Amazon.com to be a very compelling proposition for the mobile esports ecosystem,” said David Nadal, CEO of Eden Games. “There's obviously no better partner in the world than Amazon to execute on that vision, taking into consideration the logistics behind the scenes.”

Real-world prizes lead to a boost in tournament retention

In March 2018, Eden Games ran its U.S. Series Tournament in Gear.Club, inviting players to race to the top of the leaderboard for a chance to win an Amazon Echo device. While big cash pools may be successful with PC games, David has seen more success with real-world prizes in mobile games.

“We are totally in love with the idea of offering physical products to reward competitive mobile gaming. Physical and tangible beats digital when it comes to rewarding players for major achievements. And, real-world prizing feels more playful than straight cash,” said David.

And, with shorter tournament cycles and more regular chances to win prizes, players are incentivized to keep coming back.

“They were quite excited about the prospect of winning a device!”

This excitement is leading to real business results. Compared to other tournaments they ran in the past, Eden Games reports a 20% increase in retention when real-world prizes were offered via GameOn.

With a set of flexible APIs built on the AWS cloud infrastructure and compatible with any operating system, GameOn was easy to integrate into Gear.Club's esports tournament design.

“The GameOn APIs are easy to integrate and can certainly save any developer a lot of time compared to coding and maintaining a tournament system all by yourself. It's been well tested, scales to our needs, and works flawlessly” said David.

Gear.Club's esports tournament design is essentially one live event composed of three races — each with independent leaderboards with a specific car. 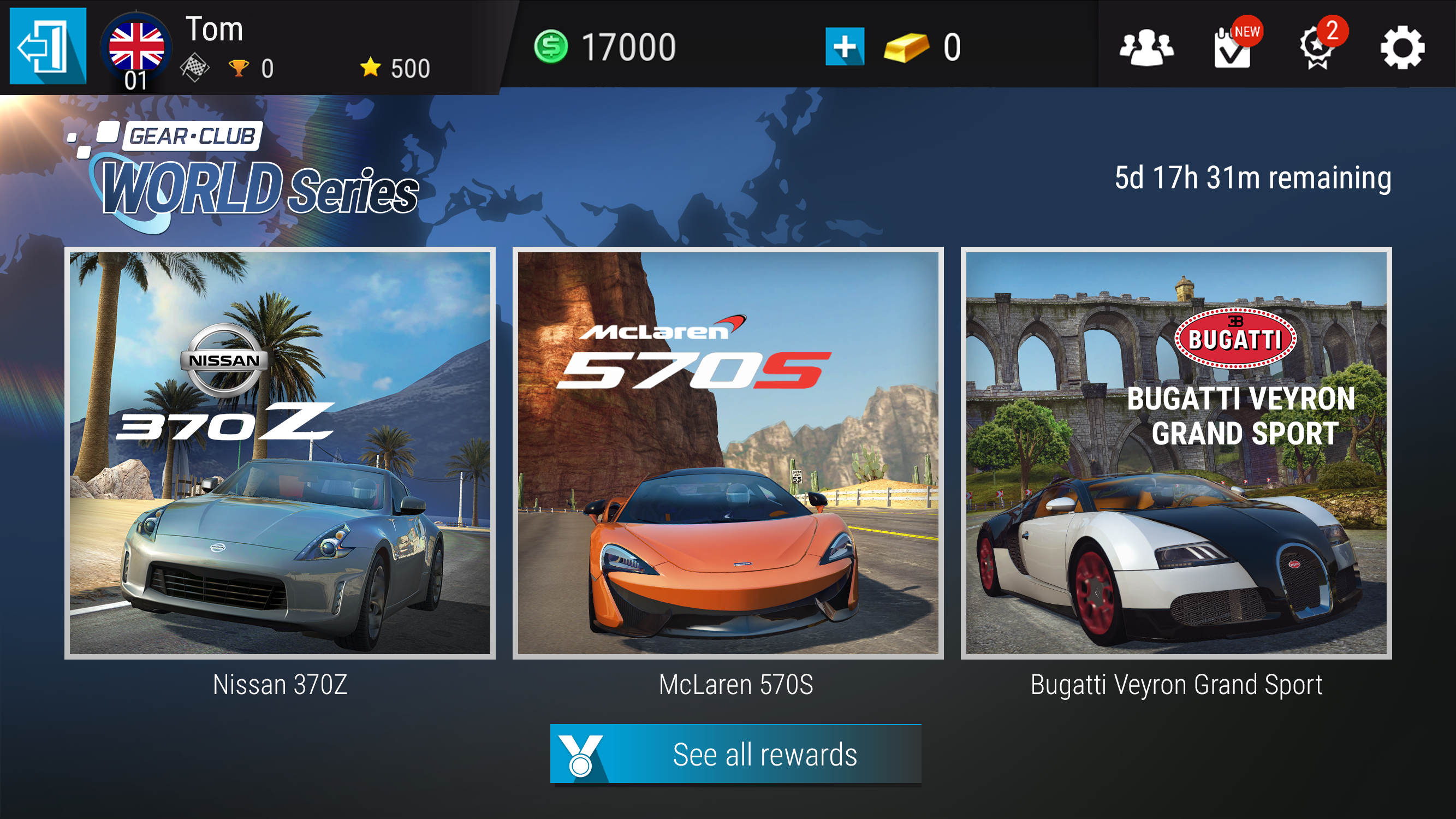 Given the GameOn APIs, David achieved this by creating three GameOn tournaments (one for each race) with the following specifications:

Eden Games decided to use a classic Java http client to connect to the GameOn API. This way, the server maintains the connection between the game's back-end and the player's client. This is invisible to the player and allows Eden Games to maintain the GameOn API code without disrupting the gameplay or forcing updates to the client.

“GameOn is a natural pillar for us to execute our mobile vision. That's why we onboarded as a launch partner in full speed as soon as the lights went green,” said David.

Competitive gameplay is inherent to the racing genre, thanks to the similarity between virtual racing and actual motorsport. However, David also thinks GameOn would be a strong match for any other competitive title.

“If your title offers competitive gameplay, I would definitely recommend Amazon GameOn. Shipping physical goods comes with an extra layer that you couldn't even imagine building on your own.”

“In a way, Amazon has been preparing for this since the late twentieth century. That's a pretty steep head-start in any kind of race!”

Are you new to GameOn? Get started today in three easy steps: sign into GameOn console, register your game, and get your API key.

You can also learn more about how to integrate competitive mobile gaming by watching this webinar on-demand.

Eden Games was founded in Lyon, France in 1998 to develop one of the most successful game franchises on PlayStation systems: V-Rally. In 2000, the studio expanded its racing expertise with the development of Need For Speed: Porsche for EA. Eden Games experimented in other genres before returning to its roots with Test Drive Unlimited, the first massive open world racing game franchise.

Eden Games today is managed by two of its original co-founders, David Nadal and Jean-Yves Geffroy. The studio is composed of experienced veterans and talented young developers, all driven by the same passion for cars, high-end design, and technology. Millennial Esports Corp owns 82.5% of the company.