Get Your Head Out of the Cloud with Alexa-Hosted Skills (Preview) : Alexa Blogs 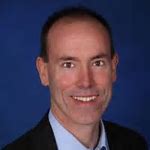