On September 3rd, we announced the availability of Fire TV to customers in the UK and Germany, and this week we released Fire phone to customers in both countries. German developer HandyGames launched titles on both Fire phone and Fire TV when these devices were announced in the US and have leveraged the new technological features to create engaging user experiences.

Recently, we had the chance to sit down with Chris Kassulke, CEO and co-founder of HandyGames, and our interview was the perfect opportunity to learn insights and tips for new developers that want to explore opportunities on Amazon devices.

HandyGames is a developer and publisher of mobile games based in Giebelstadt, Germany. Founded in 2000, HandyGames has released more than 150 games on a multitude of mobile platforms, utilizing a wide range of technologies. With a strong focus on researching and developing new technologies as a way to be part of the next evolution in gaming, they develop games on Android, iOS, Windows Phone smartphones, Windows 8, OUYA, Tizen, wearables and tablet computers.

When Chris and his team got a first glimpse of Fire phone, they were wowed. Immediately, they started brainstorming for game ideas that use the new technologies to its fullest. Fascinated by the head-tracking feature, Dynamic Perspective, Chris and his team tested its effectiveness and started building a game around it that creates an optimized device experience to delight customers.

“The head-tracking feature was really unique and we wanted our game to provide some kind of unique gaming experience that you won’t get with any other phone out there.”

The result was Stage Dive Legends, a brand new game that launched as a 2-week exclusive Fire phone game before being released on Kindle Fire HDX devices or any other Android platforms.

“Stage Dive Legends is one of the first games that you can navigate completely without touching the phone itself. That’s so unique, it’s something completely unreal.”

For HandyGames, it is paramount to really explore new technology like Dynamic Perspective. According to Chris, it is up to the developers, not the distribution platforms, to advance and evolve the field of gaming. At the end of the day, if developers do not take advantage of the technology available to them, customers will not be able to experience it. Chris goes on to explain that it is HandyGames’ mission to explore the possibilities offered by distribution platforms and device manufacturers, and use it in a way that delights and surprised the end-user.

“You need to understand the platform. The users are expecting something new. They will be asking ‘Where’s the added value for me?’ And that’s what we do.”

With Dynamic Perspective, the user experience changes because people will not only be playing the game, they will be showing it to their friends. Due to the innovative technology, users will go back to a game to show off its capacities, where they would have otherwise moved on to a new game. Thus, novel technology can help sell the game through word-of-mouth marketing as well as keeping customers coming back to the game more often. 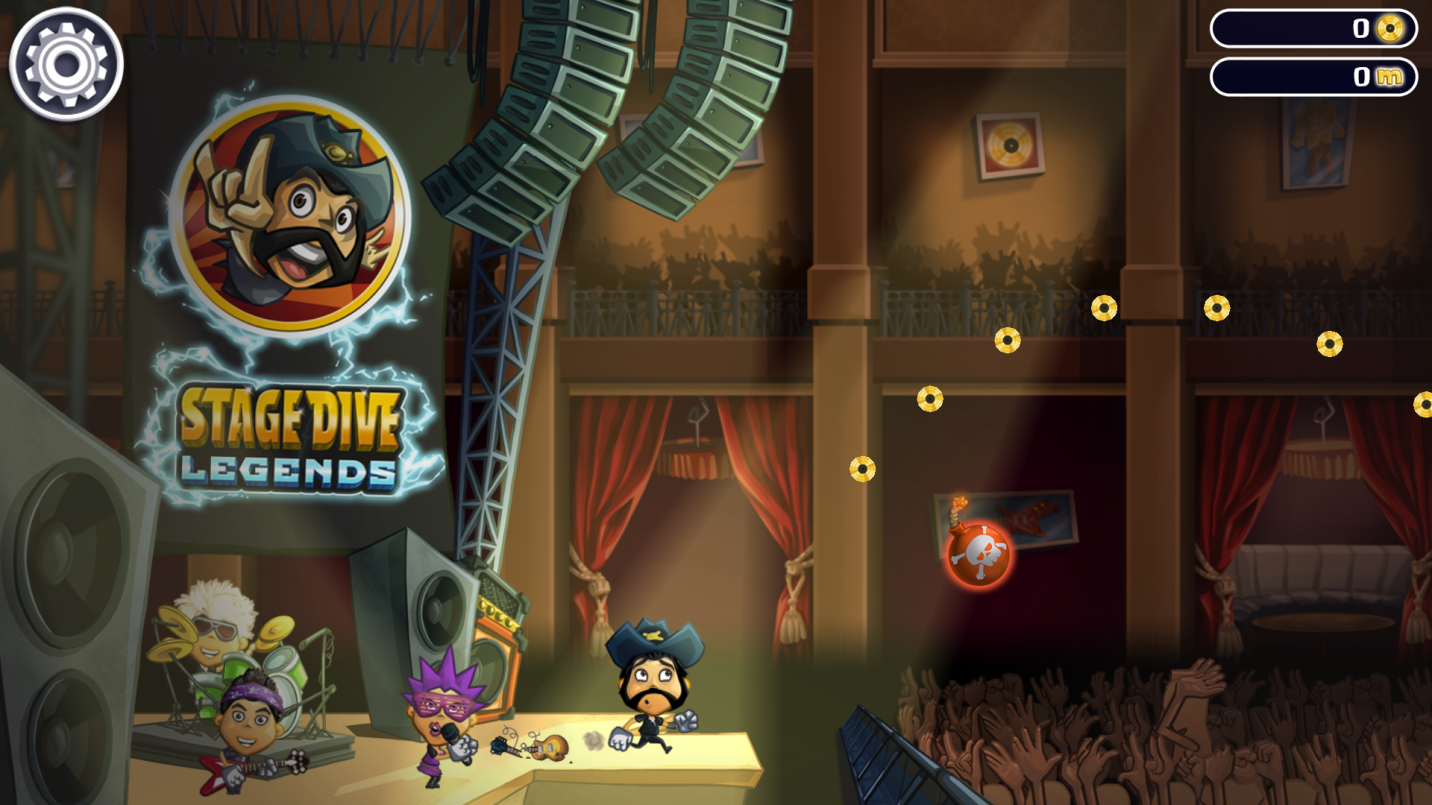 In addition to launching on Fire phone, HandyGames quickly jumped onboard to launch games on Fire TV with titles like Ninja Hero Cats, Farm Invasion USA and Save the Puppies.

Constantly seeking innovative ways to reach customers in the most effective way, HandyGames are moving away from a tablet/smartphone-only strategy, and seek to take advantage of the big screen experience.

“For us it was really important to be on Fire TV, because of our beyond-mobile strategy”.

As Chris explained, this strategy entails that the end-consumer should have access to their games, whether they are on the go or at home in the living room, and is the reason why HandyGames optimized all of their games for Fire TV. Chris adds that this makes a lot of sense for HandyGames, since their games are perfectly designed for the big screen with large graphics, and because they are easy to play with the game controller.

“As a next step, we will be optimizing all our future games for Fire TV, so the end-consumer can look forward to lots of exciting new content from us.”

It’s free to register for an Amazon Appstore developer account and to download and use the SDKs for Fire TV and Fire phone.  Fire TV has the power to make your Android games shine on the big (home) screen; take advantage of the opportunity to publish them directly to the living room. Check out our online documentation and blog posts about developing for Fire TV.  Fire phone allows you to extend your Android app beyond today’s flat user interfaces.  Fire apps can take advantage of the new Dynamic Perspective and Firefly SDKs - two new breakthrough technologies that allow customers to see and interact with the world through a whole new lens. If you have existing Android or HTML5 apps, you can easily and quickly get your app up on Fire phone. Most Android phone apps will already work on Fire. To determine your app’s compatibility, simply submit your app using our updated testing service and get compatibility test results within 90 seconds.