In this multi-part video tutorial series, we’ll go over how to build a simple 2d side scrolling game for the Amazon Fire TV. We’ll cover the basics of working with C#, sprites, setting up your project, input and camera. To get started, we’ll be walking through how Unity works and getting comfortable with the IDE, C# and scripting.

Up next we’ll look at how the script inspector works, composition & prefabs. Check out part 2 of the series.

Another year, another bazillion new apps and games… in a good way. If you’re a mobile developer and released a product of your own last year, congratulations; if you published it on Amazon, thanks! You helped us grow our catalog to more than 300,000 titles.

I’m at GDC in San Francisco this week, which is all about what’s happening now and in the future in the gaming industry. While there’s lots of exciting stuff coming, there are lots of great games that are already here.  Below are a few of my favorites that you may have missed. Enjoy!

Mobile gamers, especially, had a lot to choose from in 2014, and many standout games gained widespread popularity. Monument Valley, Hearthstone: Heroes of Warcraft, Five Nights at Freddy’s, and Flappy Birds Family are just a few examples of games that “broke out” as innovative and even genre-defining. There were other jewels, though, that didn’t achieve the same notoriety. They kept a low profile, even as they kept us glued to our devices.

Here we present a few more of our favorite game titles from 2014. Some you may not have heard of, but all are worth knowing and adding to your library. 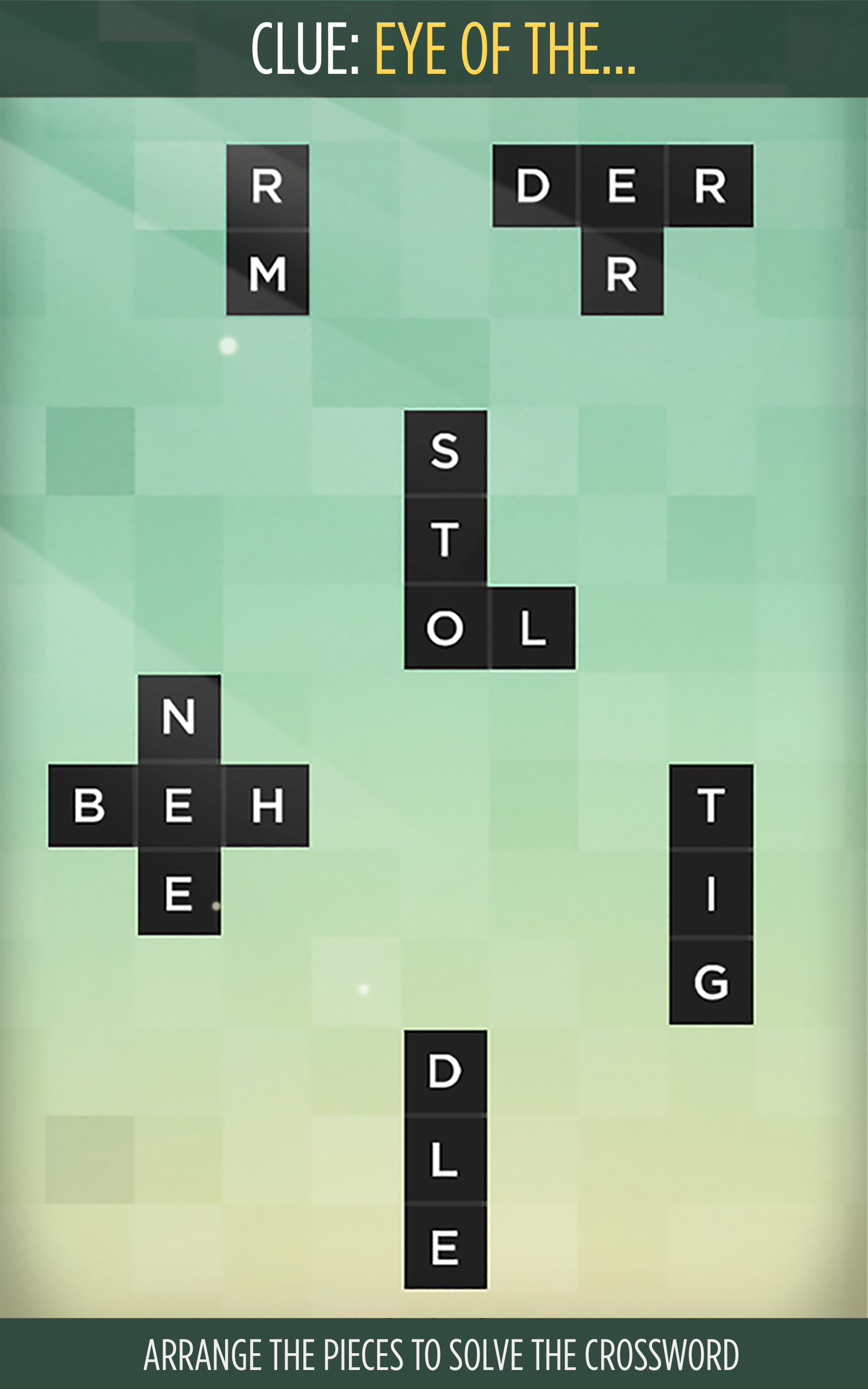 Hitman GO, Square Enix — Quite a departure from the console game that spawned it, but an excellent adaptation for a new medium. Solve grid puzzles to infiltrate guarded locations and eliminate your target.

Threes!, Sirvo LLC — A math puzzle game that is easy to learn and fun to play. The basic mechanic is deceptively simple and surprisingly engaging. 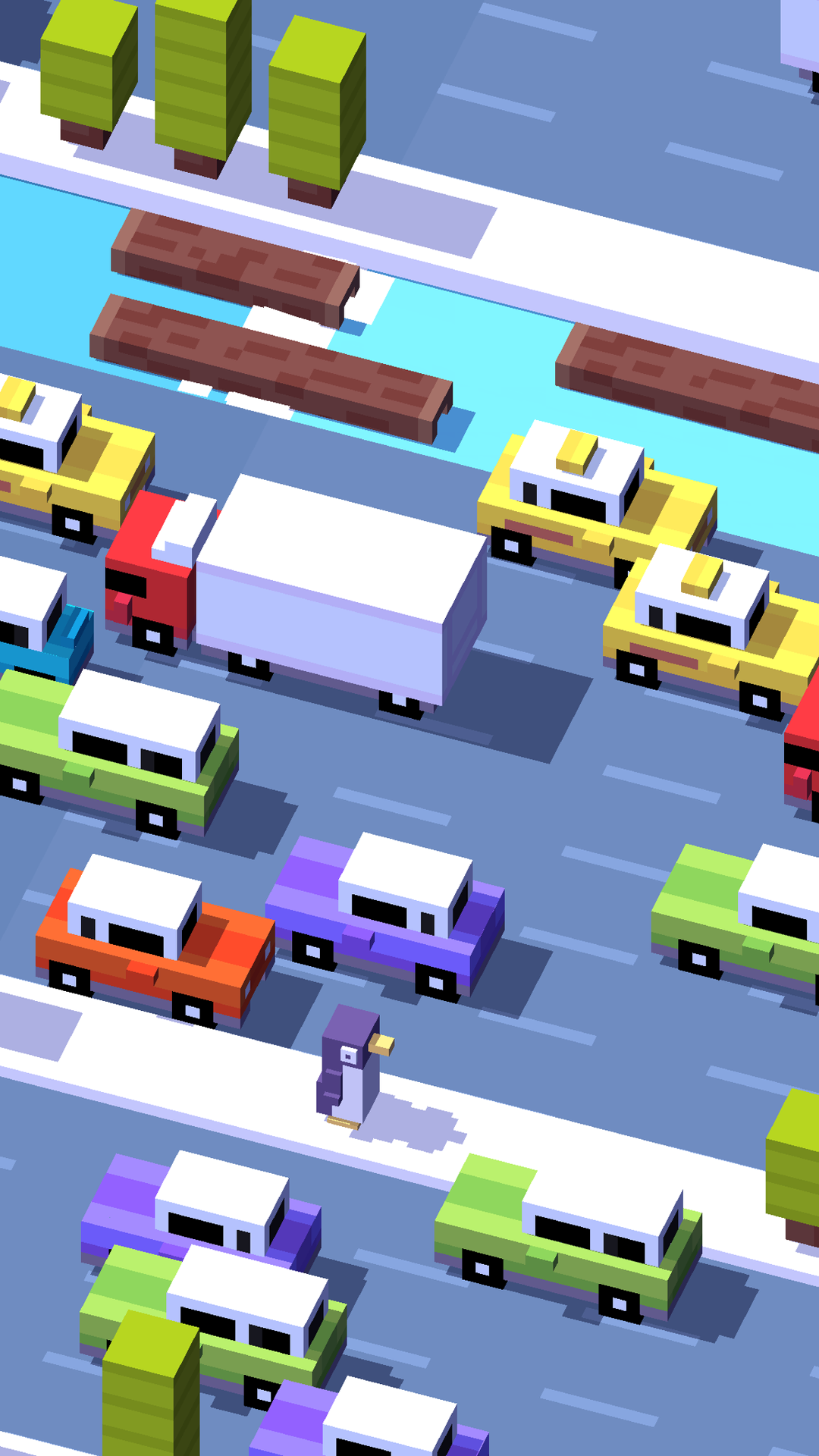 Crossy Road, Hipster Whale — An adorable reimagining of an arcade classic, updated for modern times and rendered in the “new-old” style that my kids don’t even realize is retro.

One More Line, SMG Studio — This game is fast, beautiful, and hard. It’s the perfect combination: the spectacle and energy of disco, married with the split-second timing of… disco?

Game of Thrones – A Telltale Game Series, Telltale Games — A six-part episodic game set in the world of George R.R. Martin’s A Song of Ice and Fire novels and HBO’s television adaptation, it introduces the new house of Forrester. You play as various members of the family to influence events and direct the story.

Whispering Willows, Night Light Interactive — You play as Elena Elkhorn, searching for your missing father as you try to unlock the secrets of mysterious Willows Mansion. Using astral projection to talk to the dead? Check. 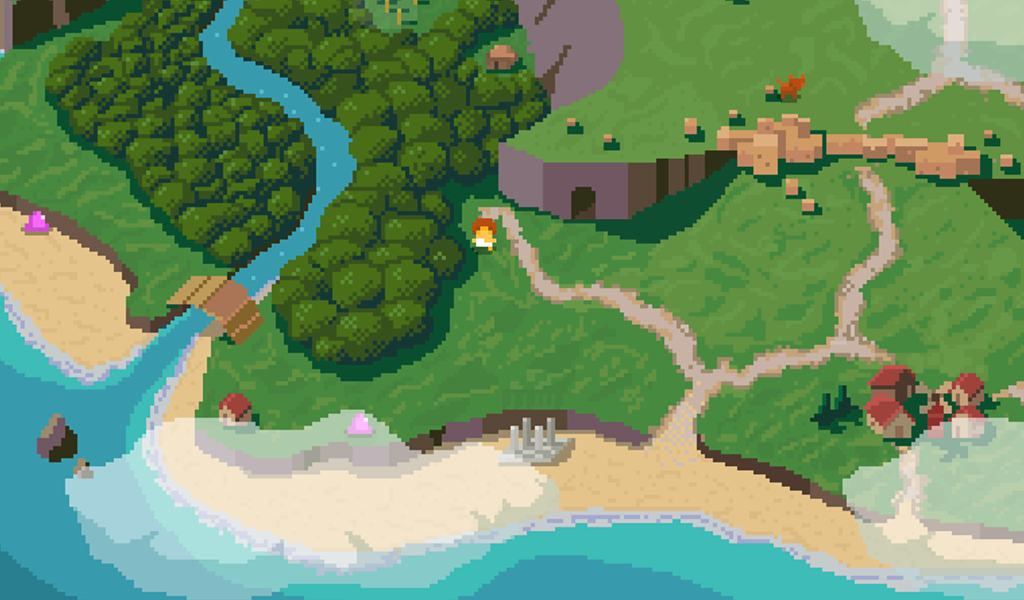 Elliot Quest, Ansimuz — Explore a mysterious island in search of an ancient demon, solve puzzles, and conquer bosses to prevent our hero Elliot from transforming into a demon himself. (Long story short: he’s cursed. Help him out!)

Thomas Was Alone, Bossa Studios Ltd — A charming story adventure masquerading as a platform puzzler. Who knew inanimate shapes could have so much personality? And they’re so animated!

Mines of Mars, Crescent Moon Games — A story-based adventure that generates its world procedurally, so no two are ever exactly alike. Mine resources, craft weapons, battle enemies, and explore a beautiful, expansive underground world. 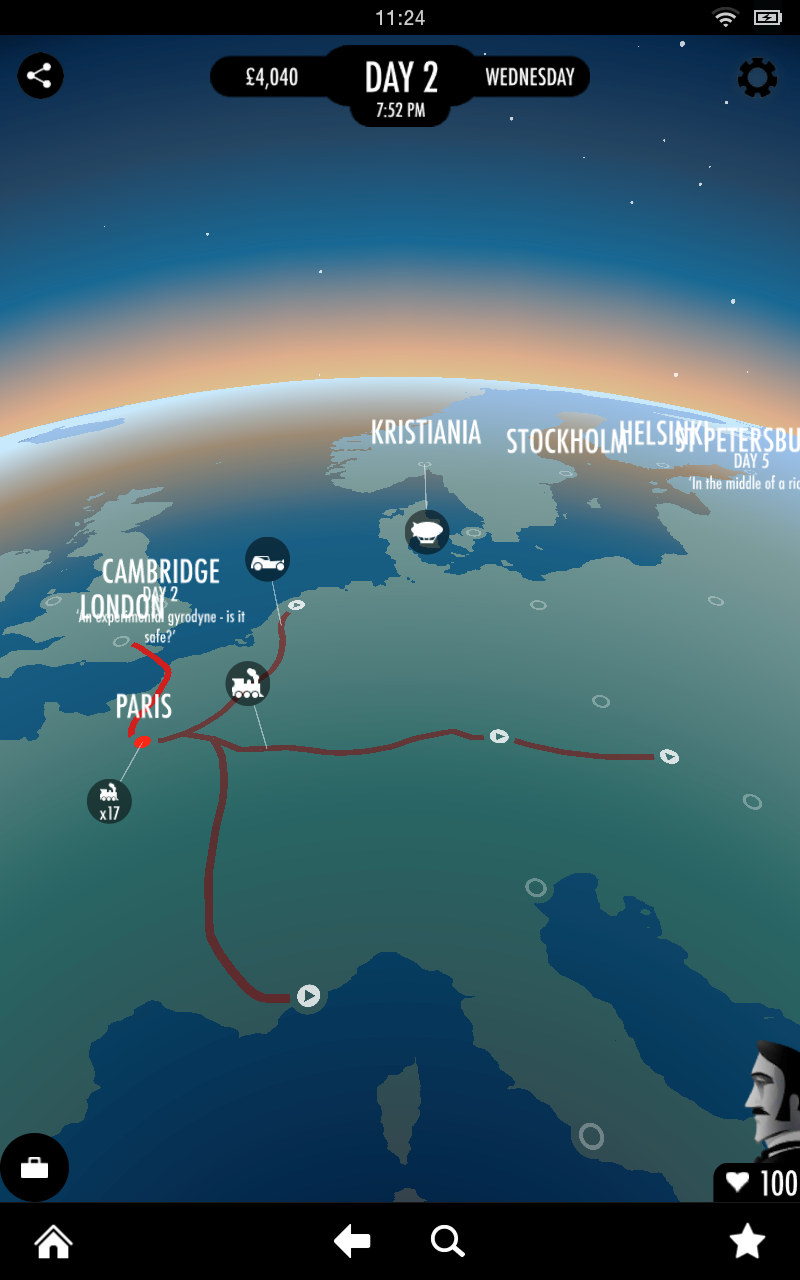 80 Days, inkle Ltd — An awesome combination of imagery, story, ambiance, and gameplay, 80 Days establishes you as the loyal valet to Phileas Fogg as he circumnavigates the globe on a schedule.

Bit Brawlers, tinyBuild —Battle up to three live opponents with local multiplayer (or test your skill against the machine), using sword and sorcery to ensure you come out on top. Exclusive to Amazon Fire TV.

Groundskeeper 2, OrangePixel — Funny and fast-paced, this game pits you against supernatural robots from outer space as you navigate an endlessly changing world of 2D pixel art. 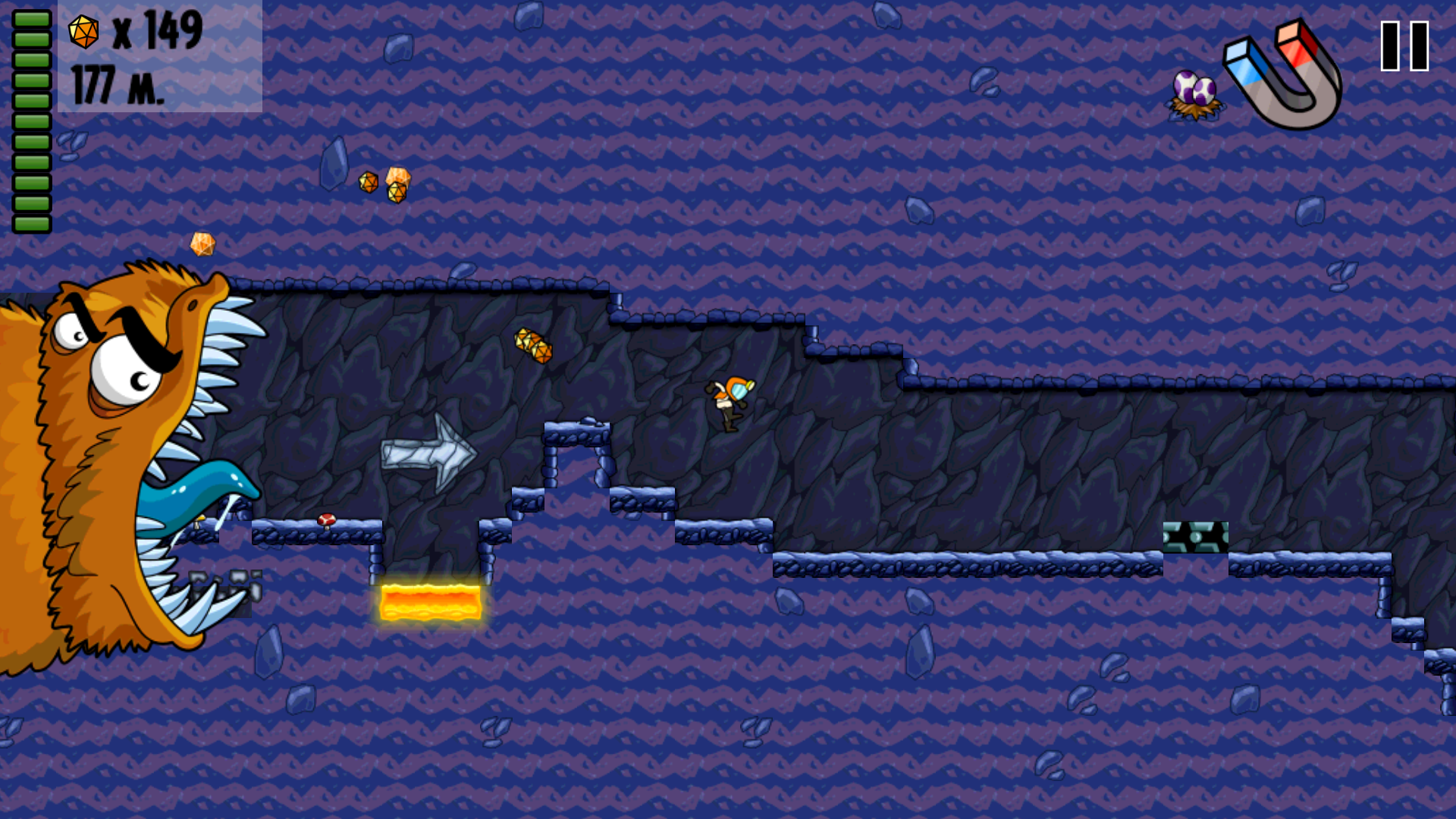 Worm Run, Golden Ruby Games — A gigantic, nasty beastie provides incentive for you to navigate continuous procedural levels in this creative take on the endless runner.

Luftrausers, Devolver Digital — Engage in aerial action as you target enemy pilots and surface ships to unlock special weapons and levels. Customize your plane to alter its performance and abilities. 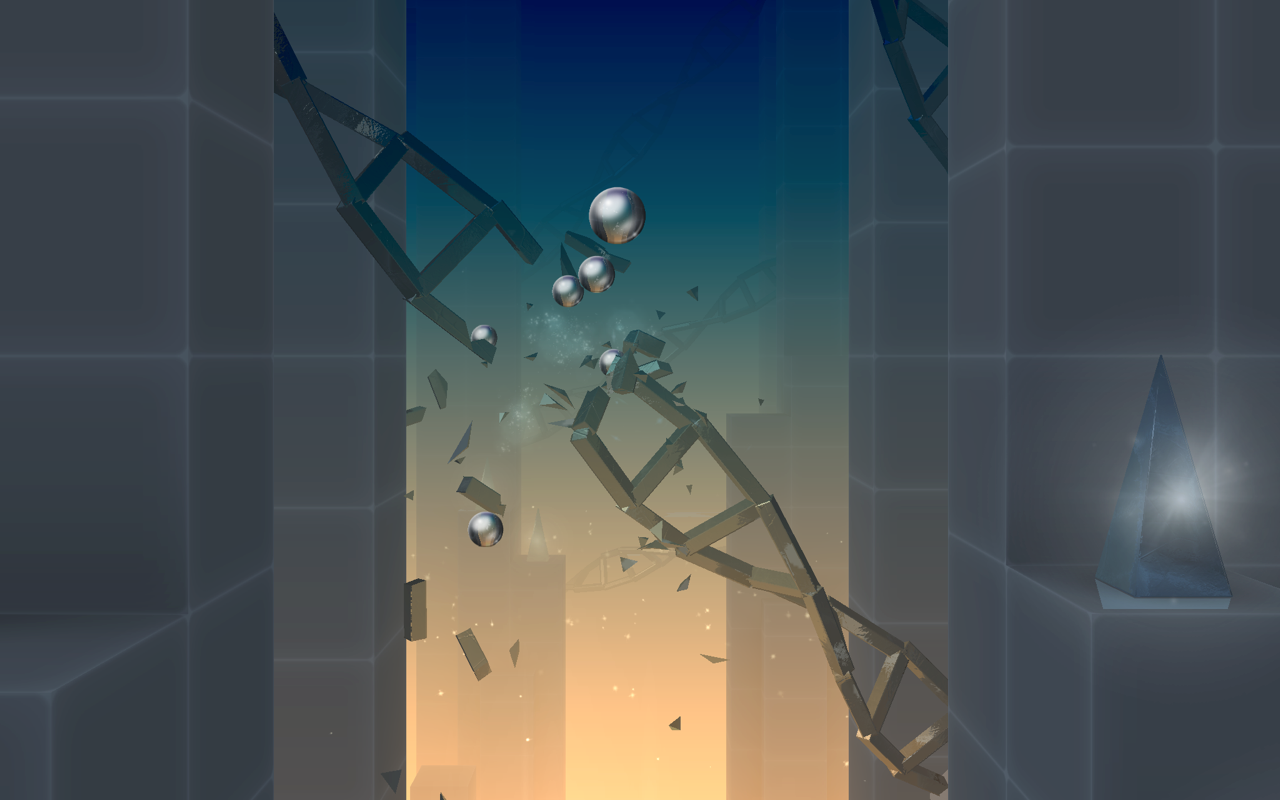 Smash Hit, Mediocre AB — Traverse a stylized world of glass and try to break it. What could be more rewarding?

Out There, Mi-Clos Studio — Survive in the far reaches of space after you come out of cryonics. Scrounge parts and oxygen where you can, craft what you need, and interact with alien life forms you encounter (don’t expect them all to be friendly).

Goat Simulator, Coffee Stain Studios — Once in a while someone comes along and creates just the thing you never knew you needed.