Tips for Implementing Whispersync for Games and Improving Player Retention

Whispersync for Games provides an easy way for developers to tackle two major requests from mobile players: a way to avoid losing saved game data and a way to have their saved games follow them from device to device. This helps ensure a great customer experience while also giving developers a powerful tool to aid player retention and re-acquisition. 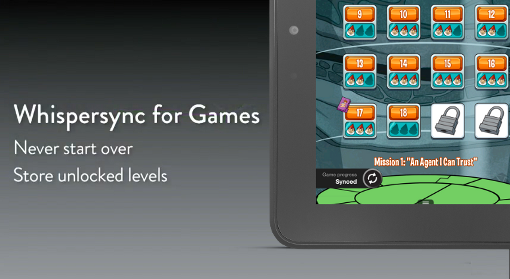 For most games, a carefully crafted progression scheme with purposeful pacing and escalating challenges is a key factor in providing players with many hours of entertainment. The effort put into playing the game,learning the strategies, unlocking achievements, and setting high scores represents a significant investment for the player. If their saved data, and all the effort that represents, is lost, the chance of them playing the game again plummets.

Loss of data isn't a common occurrence, but it can happen when someone loses a device, upgrades to a new device, or simply uninstalls the game to make room for other downloads. Regardless of the reason, implementing Whispersync for Games lets developers store their saved game data in the Amazon cloud so they never have to worry about lost progress being an impediment to player retention.It also helps overcome hurdles when attempting to re-acquire lapsed players.Adding new features and releasing content updates are a great way to keep a game fresh, but when a customer has to start over from the beginning because they don't have their old saved data, that's a significant barrier to getting them to play a game again. 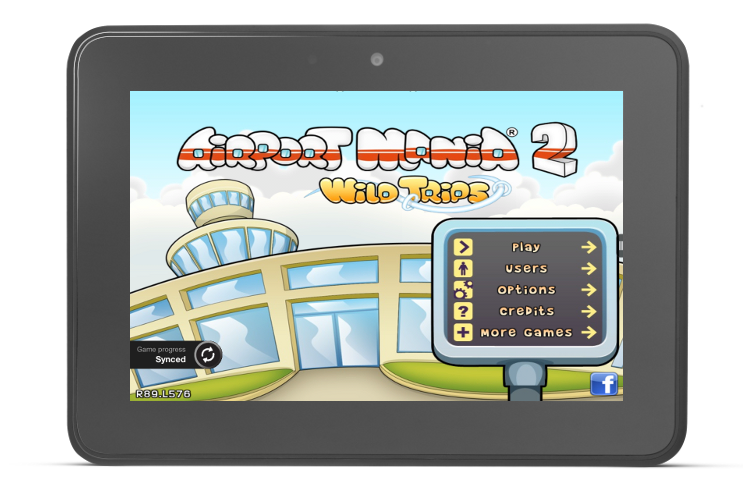 Integrating Whispersync for Games is a straightforward process and directions can be found on the GameCircle API page in the Mobile App Distribution Portal. GameCircle handles the heavy lifting, but there are some things you can do to ensure players have the best possible experience:

Always provide a helpful description when syncing data to the Amazon cloud. Whispersync for Games is usually a seamless experience for the customer, but there are times when they need to make a choice on whether to sync from the Amazon cloud data. This most commonly occurs when a player is switching from device to device and playing the same game. If the player wants a totally separate experience on the two devices, they can disable Whispersync for Games. If they haven't, we can't be certain whether their intent is to pick up where they left off or to resume playing from the saved state on the device so we give them the choice. The description you set in the synced data provides them with the information they need to make an informed decision. GameCircle will automatically display the time and device the data came from, so your description should reference something iconic or memorable within the game. The name of the level they were on, the last big story moment before the save, or how many widgets they've collected could all be good descriptors depending on the type of game. 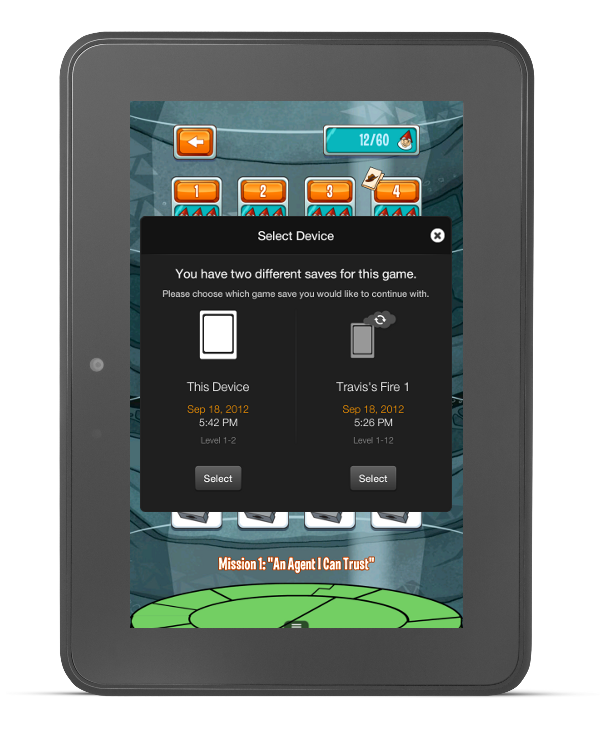 Choosing Which Saved Data to Use

Ensure that you'resyncing data at the appropriate times. You don't need to sync on every player action, but you should do so at major game checkpoints such as when they complete a level or reach other important milestones. It's also a good idea to sync data when a player pauses the game since that's a common indication that they have ended their current play session. Whenever you perform a sync operation, players will see a rotating Whispersync for Games icon so they know their saved games are being stored to the Amazon cloud. 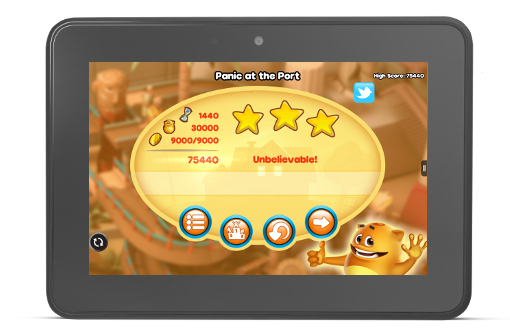 With thenew Kindle Fire HD tablets finding their way to customers over the next few months, there's never been a better time to add Whispersync for Games to your apps. Players will be upgrading to new tablets and trying their favorite games to see how they look and play. Having their saved game data stored in the Amazon cloud lets them easily pick up right where they left off, making it more likely that they'll keep playing your games after the transition.