How to Handle App Updates

Fire OS-based devices update apps automatically and, as a developer, you can expect that most of your users will transition to the latest version of your app in a matter of days.

Some users, however, turn this functionality off. On some devices, like phones, this often gets turned off to save data (it is less likely to happen on tablets or TV devices that mostly connect through wifi).

There are a few scenarios where you may want to gently nudge your users to update. For example, you may want to make sure that users can get access to a new feature that would improve their experience. In such a case, you could check for the availability of a new version when the app launches, and then present a prompt to communicate the availability of this version, without disrupting the user experience. 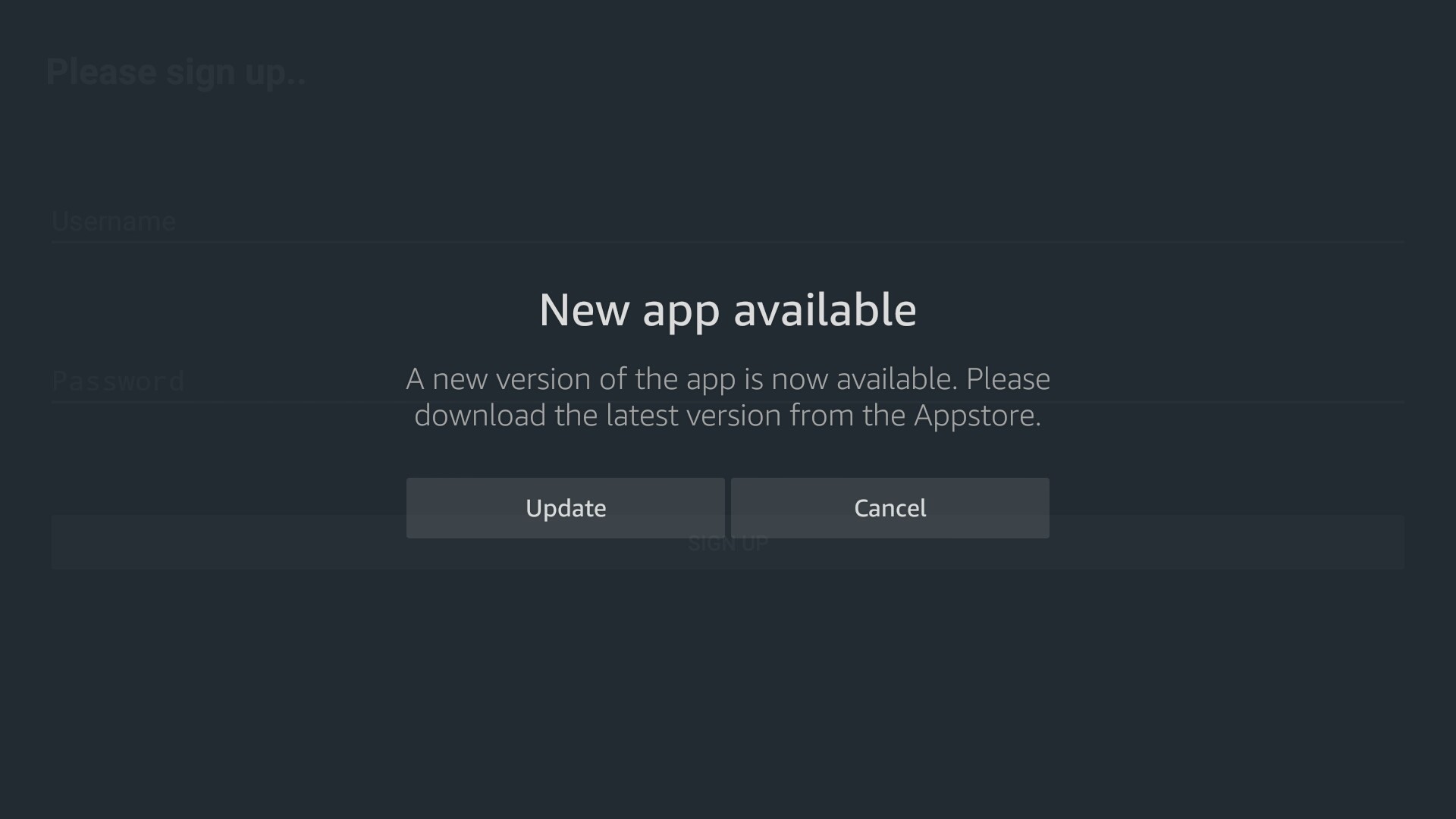 Other times, you may want to prevent someone from using an outdated version of the app. I would use this only in extreme cases, where the experience on the old version would be broken to a point where you risk losing the user. Once prompted to update, there is no guarantee that the user would actually update and launch the app again. Therefore, there is a risk some users would not launch the new app again. The best you can do is (a) communicate why an update is needed and (b) make the process as smooth as possible. 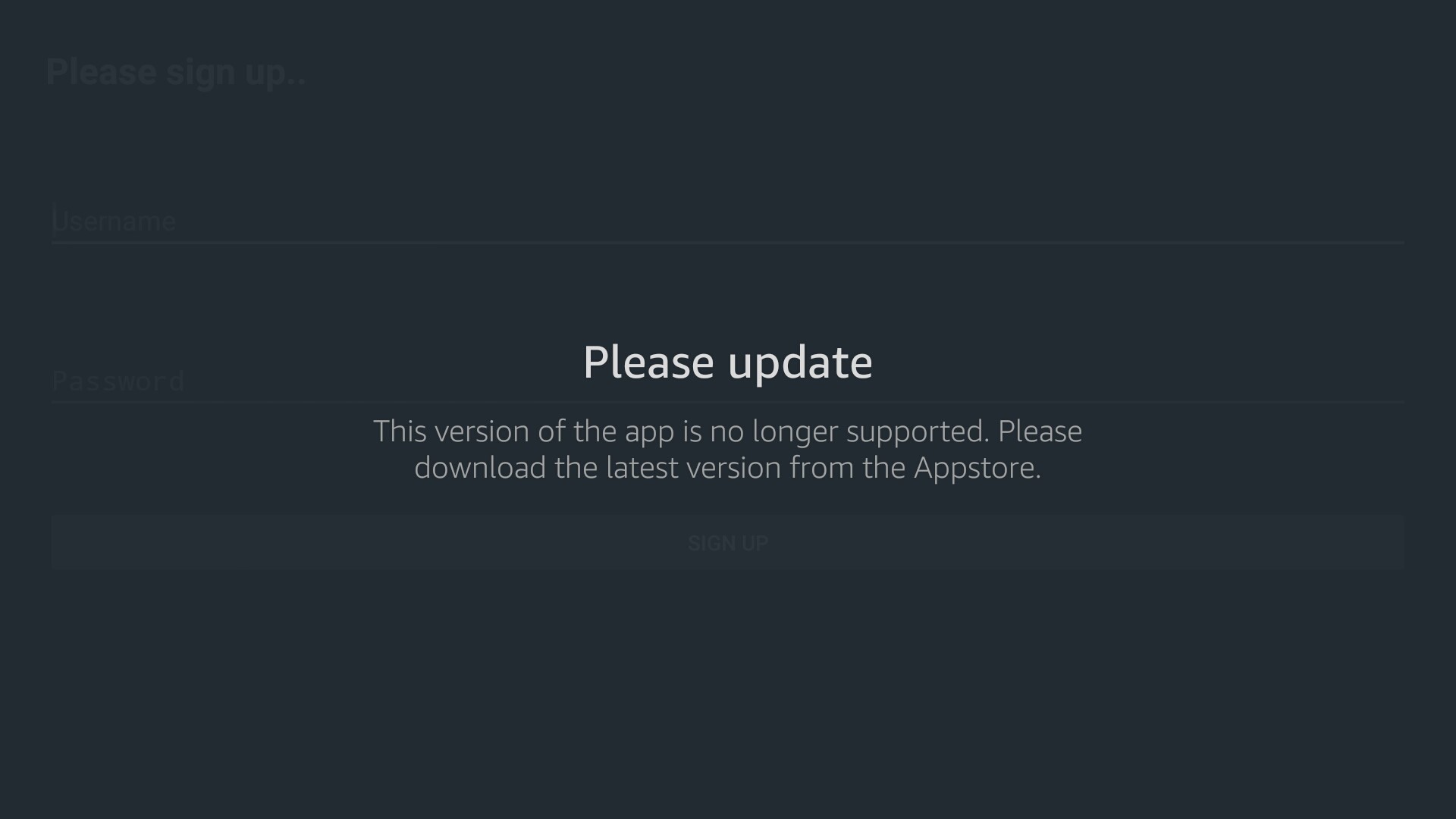 Implementing this functionality is relatively simple, yet you want to pay attention to bugs as they could turn into costly mistakes, and in the worst scenario, prevent customers from using your app.

A simple approach consists in having a remote file that your app fetches every time it is launched, ideally while showing the loading screen. In this file, you can store two values: one for the latest app version available and one for the minimum app version that users can run.

Once the file is fetched, you compare the current running app version with the ones on the files. You need to account for three scenarios:

It is worth noting that it is your responsibility to update the values on the remote file once you release updates for your app. I would recommend waiting between a few hours and a day for the updates to propagate and avoid unnecessarily prompting your customers that did not update as soon as the new version was available. Also, if you publish your app on multiple stores, you need to ensure you are referencing the version numbers for the specific store that your app is published on.

Below is a snippet of code that present prompts that can be dismissed or not, based on the scenarios I just mentioned.

To make the update experience smoother, an additional step would be to deep-link to the app detail page in the Appstore directly from the prompt, once the users confirm they want to update.

The code below opens an Appstore app page given an ASIN (Amazon Standard Identification Number). Click here for more details.

To conclude, there are multiple reasons to implement this feature: to make sure more of your customers are accessing the latest features available in your app and to make it easier to maintain your app as you need to support fewer outdated versions.