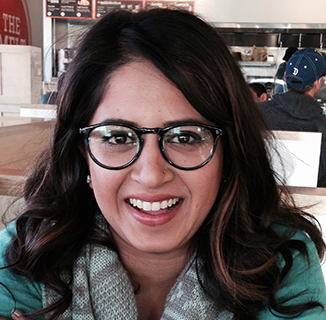 Originally posted on the Amazon Day One blog.

Today, more than five years after Fire TV debuted to the world, Marc Whitten, vice president of Fire TV, took the stage in Berlin to introduce more than 20 new Fire TV devices—as part of the biggest Fire TV announcement ever. News included an all-new Fire TV Cube, the first-ever Fire TV Edition soundbar, and an expanded Fire TV lineup in Europe. Connected smart TVs and streaming media are growing globally, and Fire TV has more than 37 million active users. In fact, it continues to be the #1 streaming media player family in the U.S., UK, Germany, India, and Japan.

The Fire TV team is focused on making the entertainment experience more intuitive for customers and making it easier to find and discover great content. With today’s news, customers around the globe benefit from a bigger, better Fire TV lineup—See below for details about the biggest items announced today:

Last year we launched Fire TV Cube with the vision of giving customers a product that would make it easier than ever to watch the shows and movies they want, while simultaneously allowing them to control their smart home. Customer response was positive, and we spent the last year listening to feedback to build an even better version. The all-new Fire TV Cube, announced today, is the fastest and most powerful Fire TV ever. With an ultra-powerful hexa-core processor, it is more than twice as powerful as the first generation device, delivering a fast, fluid experience with instant access to 4K Ultra HD content at up to 60 frames per second. The all-new Fire TV Cube also comes with Local Voice Control, which is a new on-device processing feature that lets customers more quickly execute some of the most frequent voice commands. For example, “Alexa, scroll right,” “Alexa, go home,” “Alexa, select number one,” and more, are up to 4 times as fast as before. The all-new Fire TV Cube is available for pre-order today, and it will begin shipping on October 10 in the U.S., Canada, the UK, and Germany, and on November 5 in Japan.

The first-ever Fire TV Edition soundbar, the Nebular Soundbar from Anker turns your TV into a cinematic smart TV experience.  It has all the same features customers love about Fire TV, including 4K Ultra HD, a unified smart TV user interface and, near-field Alexa voice control, and plus 4K Ultra HD and Dolby Vision pass through, providing a cohesive entertainment experience. It is launching in the U.S., Canada, the UK, and Germany, and will begin shipping in November.

Over the last year, Amazon and Best Buy have sold millions of Insignia and Toshiba Fire TV Edition smart TVs. Customer response continues to be positive—the devices have an average rating of more than 4 stars. Today, Amazon and Best Buy are excited to announce the first 65-inch Toshiba Fire TV Edition smart TV with Dolby Vision, which will be available for customers in the U.S. next month.

We’re bringing Fire TV Stick, Fire TV Stick 4K, and the Alexa Voice Remote with device control to customers in France, Italy, and Spain starting today. Customers in these countries will now be able to use Alexa to easily navigate and control their content from Netflix, Prime Video, and other local apps, using the Alexa Voice Remote or by pairing any Echo device with their Fire TV for far-field voice control. In addition,

We’re incredibly excited and can’t wait for customers around the world to have even greater access to their favorite entertainment with Fire TV.

Read more about additional announcements we made for European customers.

Have an app to bring to Fire TV? See if it's compatible by testing your app today >>