Why the Fire HD 6 is the Perfect Game Developer's Companion : Appstore Blogs

Why the Fire HD 6 is the Perfect Game Developer's Companion

Are you a game developer already publishing Android games or looking to get started? Need a small, affordable tablet that is not only good for testing but can also play games and help you develop your own?

Well the new Fire HD 6 is an excellent gaming device in disguise, as well as the ultimate digital companion for game developers. At the low price of $99, you get an incredibly well built 6” Android based tablet powered by Fire OS and leverages the Amazon Appstore. This is the one device I have been incredibly excited about, and I wanted to add it to my game development toolset from the moment I got my hands on it. 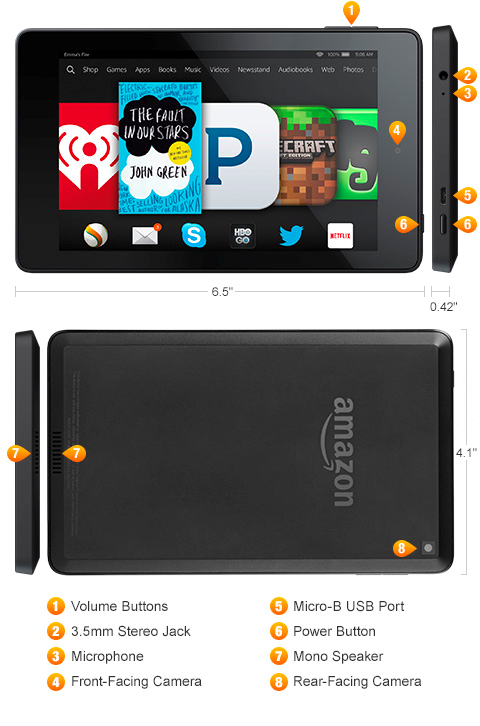 The Perfect Size For Gaming

I have a wide collection of tablets ranging from 13” all the way down. The one thing I have noticed is that for larger devices, it’s sometimes uncomfortable to play games on for long periods of time without my hands getting tired. Also, my hands are used to the size of game controllers and mobile gaming devices. The Fire HD 6 is roughly the same size and thickness of the base of the Nintendo 3DS XL. That means for games with virtual controls on the screen, it feels more natural to hold the tablet; you still have enough room for your thumbs and the controls without blocking the action.

Games like Grand Theft Auto San Andreas, Minecraft, Terraria, VVVVVV, Thomas Was Alone, Delver and many others with on-screen touch controls work great! Especially games where you can customize the size and position of the virtual controls, allowing you to maximize your view of the game will feel more natural on a 6” tablet. The other thing exciting about this device – and many of our other tablets - is the fact that you can also connect a Bluetooth game controller and create a portable Android gaming experience. Playing GTA with the controller, as it was intended to be played, is great. If you have an Amazon Fire Game Controller, connect it up to the Fire HD 6 and enjoy an incredibly portable gaming device. Also, with the new SlimPort connector, you can even connect the Fire HD 6 to the TV with a controller and play games on the big screen.

In addition to the Fire HD 6 being a capable gaming device, it’s also the perfect digital companion for game developers. Of course using it as an Android based testing device is probably number one in most developer’s minds. The fact that it runs productivity apps as well will help you even more. I use my Fire HD 6 as a digital sketchpad. With a copy of Sketchbook Pro, Wacom’s Bamboo Paper and a touchscreen stylus I am not only able to sketch out all my game ideas, literally in the palm of my hand, but I also don’t have to worry about my hand accidentally resting on the screen causing streaks in my artwork. The Fire HD 6 is a little bigger than the traditional moleskine notebooks I used to carry around, and with everything backed up in the cloud, I no longer worry about losing any of my drawings.

I also take lots of digital notes. I collect articles, websites, jot down ideas, or build to-do lists while I am working on a given project. The Amazon Appstore has Evernote, OneNote and may other note taking apps you probably already use on a daily basis. And since each of these solutions also takes advantage of cloud syncing, my notes are always with me wherever I go. I can easily jot down stuff on my computer and follow up on the go with my Fire phone, or use it as a companion next to my computer while I code.

Of course the Amazon Appstore has some big name games, but my own personal interest in mobile gaming is with indie devs and hobby developers. The Fire HD 6 is a new market for indie devs looking to reach customers looking to get an affordable small form factor tablet. There has never been a device at this size or price point from a well-known company such as Amazon that will appeal to consumers. Amazon already has a loyal fan base and adding a more affordable tablet to its holiday lineup means access to even more screens this holiday season.

Here in New York, I’ve been working with local indie devices such as Golden Ruby, who recently launched their hit game Worm Run on Fire tablets and Amazon Fire TV. Because they’re already part of the Amazon Appstore, they’re automatically available on the new line of Fire tablets. 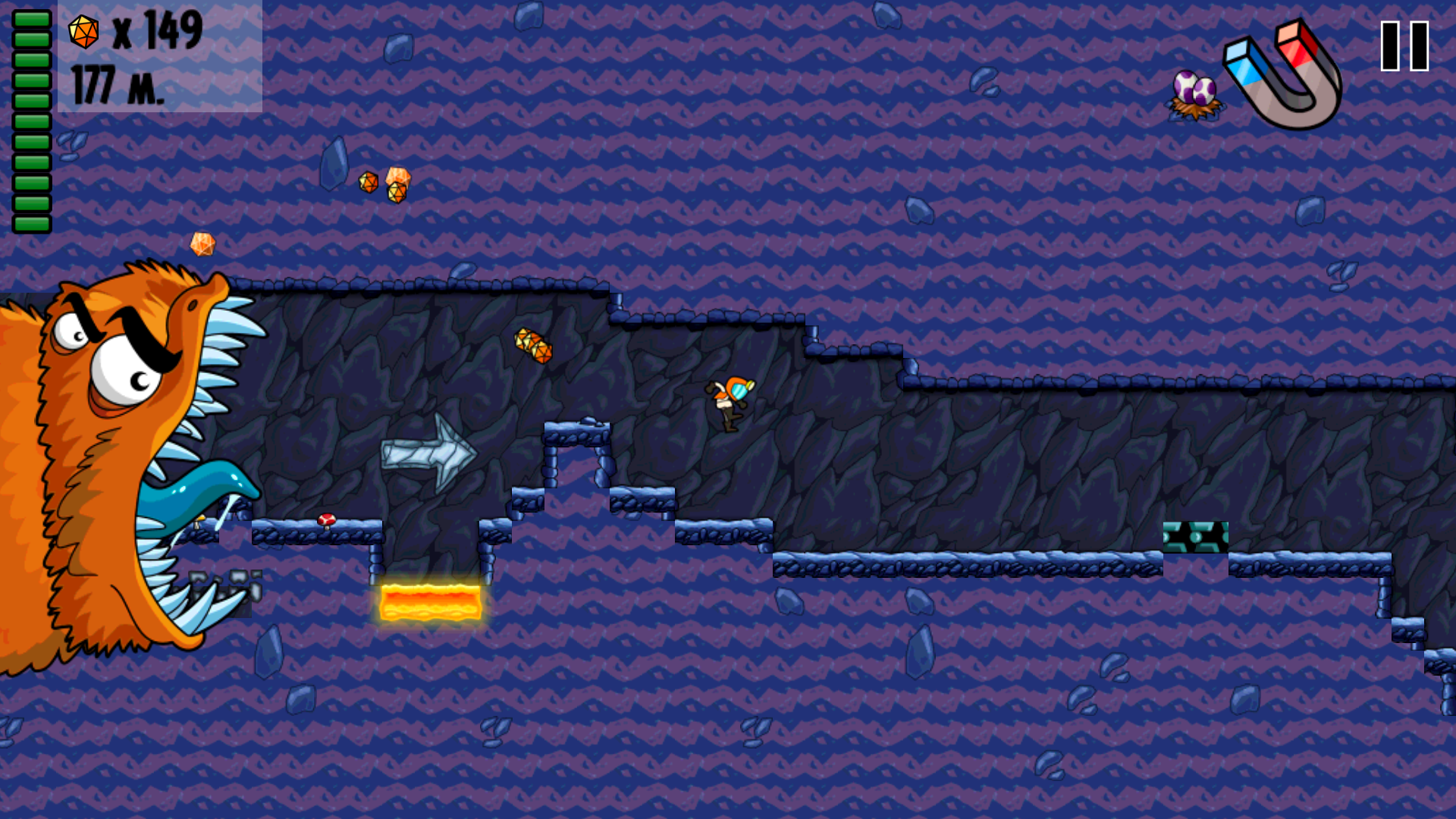 Not only does their game look great on the new device, but since they take advantage of a single binary across all of our devices, Worm Run also supports a Bluetooth controller too. This means that developers who are already taking advantage of the Amazon Appstore and hardware ecosystem continue to grow their customer base as we bring new devices to market.

Developers like Charlie Schulze, who works part time on his games outside of his day job, is also excited about supporting the new Amazon devices. 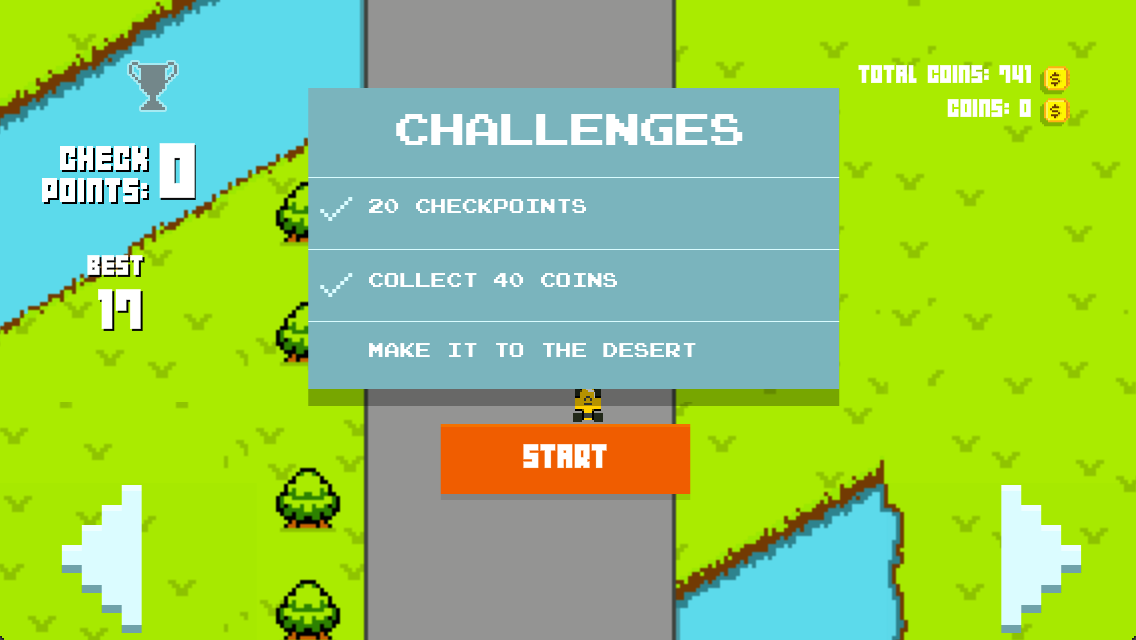 His latest game, Squiggle Racer, has been growing in popularity on multiple platforms and it is great to see him bringing his game over to the Amazon Appstore. Not only can he now target this new Android powered device with his existing APK, but by adding in GameCircle and controller support, he can now reach customers across our entire family of devices from the Fire phone to Fire TV and of course all of our Fire tablets. Leveraging his current Android build, he was able to not only get his game up and running on our devices quickly, but also take advantage of a new distribution platform to help increase his user base.

For indies and developers who build games as a hobby, the Amazon Appstore offers a great opportunity to grow your user base. Plus, with the Fire HD 6’s affordable price, developers can get a fully functional, well-built Android-based tablet for all of their development needs. But it doesn’t stop at just the hardware and OS, we also offer all game developers some great APIs to increase engagement and help monetize their creations.

One of the key benefits of building a game on Fire OS, which powers all of our devices, is the deep integration it has with GameCircle. GameCircle represents more than just a way to add leader boards, achievements and cloud syncing to your game. It also enables developers to increase the player’s engagement in their game and automatically tracking their gamer progress across all of our devices. Each user has their own GameCircle profile that automatically syncs across any Fire OS device they own. As a developer, if you also implement Cloud Syncing you can also ensure that customers who bought your game and play on the Fire HD 6, or any Fire tablet, can continue their progress on their Fire TV and Fire phone.

In addition to GameCircle, we also offer more APIs critical for building a successful game such as: