Get Your App Featured on Amazon Appstore UK: Submit Your App Today! 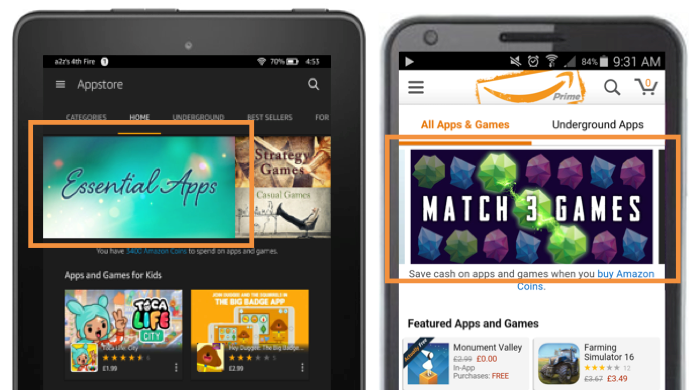 We hear from many developers that getting apps discovered by customers is an important part of launch. Because of this feedback, we’re kicking off a new initiative to feature more UK developers on Amazon Appstore UK. To have your app considered, simply submit before June 10, 2016. We will review and select a number of newly published apps (submitted between April 20th and June 10th 2016) to be featured as part of an Appstore UK billboard. There will also be opportunities for stand out apps and games to be highlighted in additional placements on Amazon.co.uk, Amazon Fire tablets, and Amazon Appstore on Android devices.

What Do You Need to Do?

Don't forget, we have an APK testing tool on our developer portal where you can find out in 90 seconds if your app is compatible. And from the apps testing so far, we see that 85% of Android apps just work without changes on Amazon devices.

How Will the Apps Be Selected?

For the featured placement on our UK Appstore, the Amazon team will review and select apps to be featured. (Disclaimer: submitted apps which are rejected during the Appstore review process will not qualify as entries. We will only consider apps that are newly published or approved for publishing. Only new apps submitted from April 20th  to June 10th 2016 will be considered). Once all apps have been reviewed, we will announce the selected developers via email.

We look forward to see your new apps on Amazon Appstore!