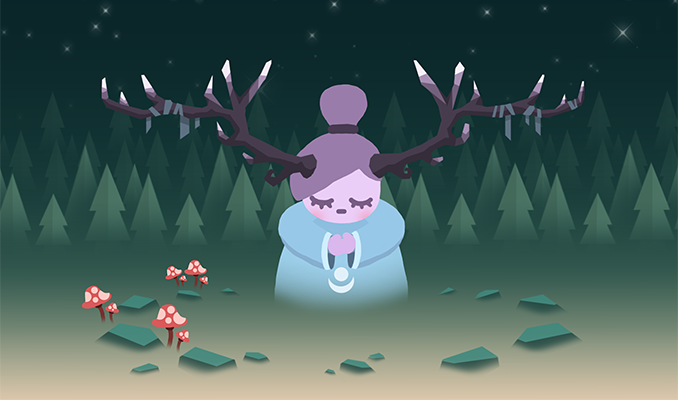 Ruya is a meditative puzzle game where you play a seemingly sleepy character with a garden of adorable characters beneath her. The goal is to match cute characters in Ruya's world of dreams, swiping, sliding, and popping these characters to progress and unfold Ruya's memories.

You'll visit surrealist landscapes, decorate yourself in flowers, and introspect. Between these various worlds, you are given a glimpse into the backstory of these characters. She seems to have lost someone she loved and in that loss, has moved into a dream state. The game itself is wonderful, touching, and a joy to play on mobile.

I really enjoyed discovering this story. Through these animations, you can interpret the game in your own way, making it that much more personal and meaningful to each player.

I got the chance to interview Bradley, the game’s designer and artist, and Tom, the game’s programmer. 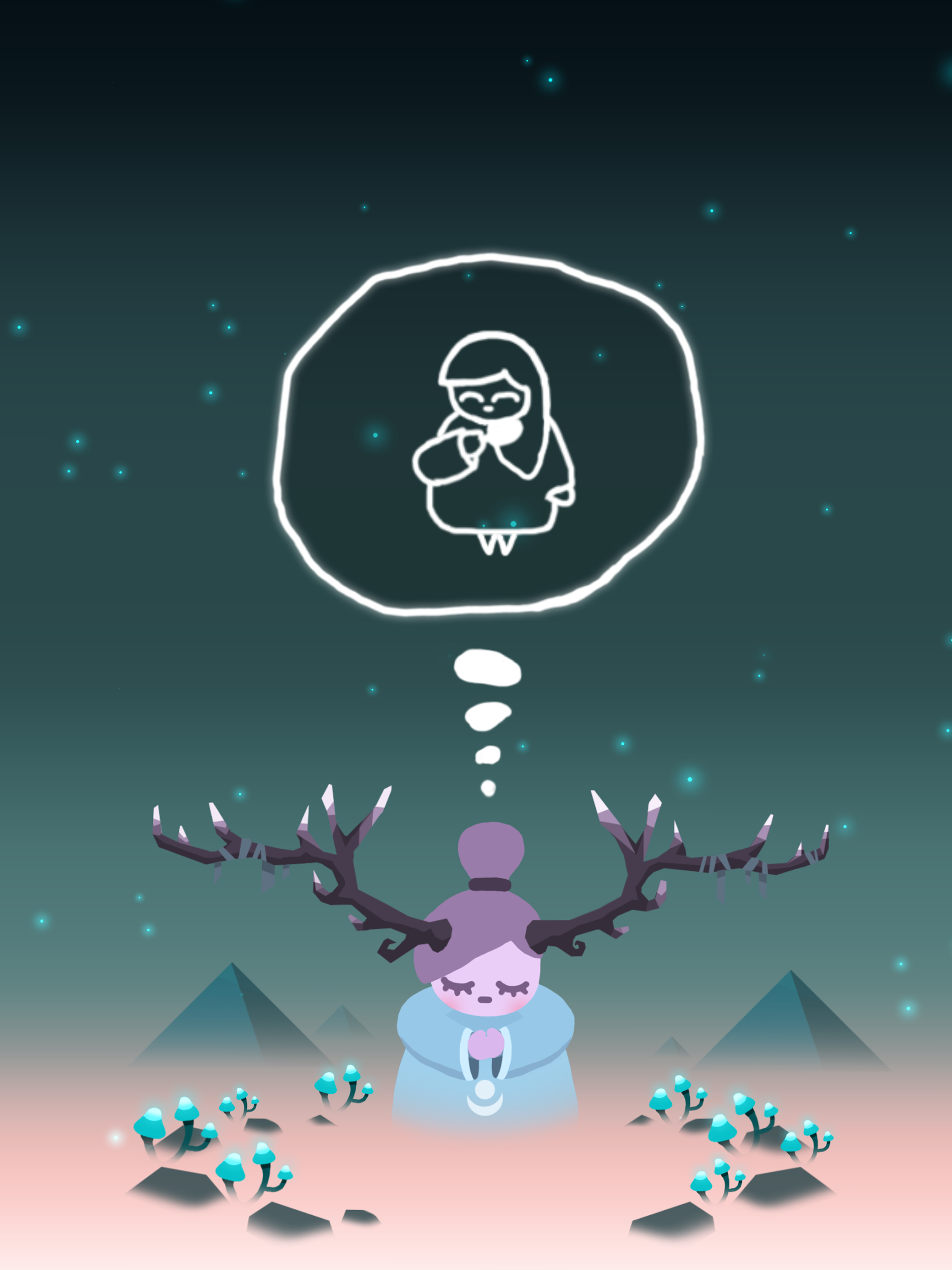 What inspired the story behind Ruya?

Brad: “It’s loosely based on my nan’s life and echoes aspects of our relationship. The game is a metaphor for struggling mothers and mostly intended for that audience. The little dream bubbles that appear throughout are from real family observations and the overall tone of the game pulls elements from spiritual teachers like Ram Dass and Alan Watts.”

Why did you do a rift on a matching game, something that is seen all over the mobile market?

Brad: “I think match games can sometimes be seen as uncool in the indie scene. I remember getting some feedback on an early build saying it’s just a match game implying that it was a fundamental flaw. I guess it’s because people don’t really see much creative risk in the genre. We were keen to try and re-imagine the genre by pouring a bit of heart and soul, bringing elements that you might not normally see. We asked ourselves, 'What if a game like Monument Valley had a baby with a game like Bejeweled.'” 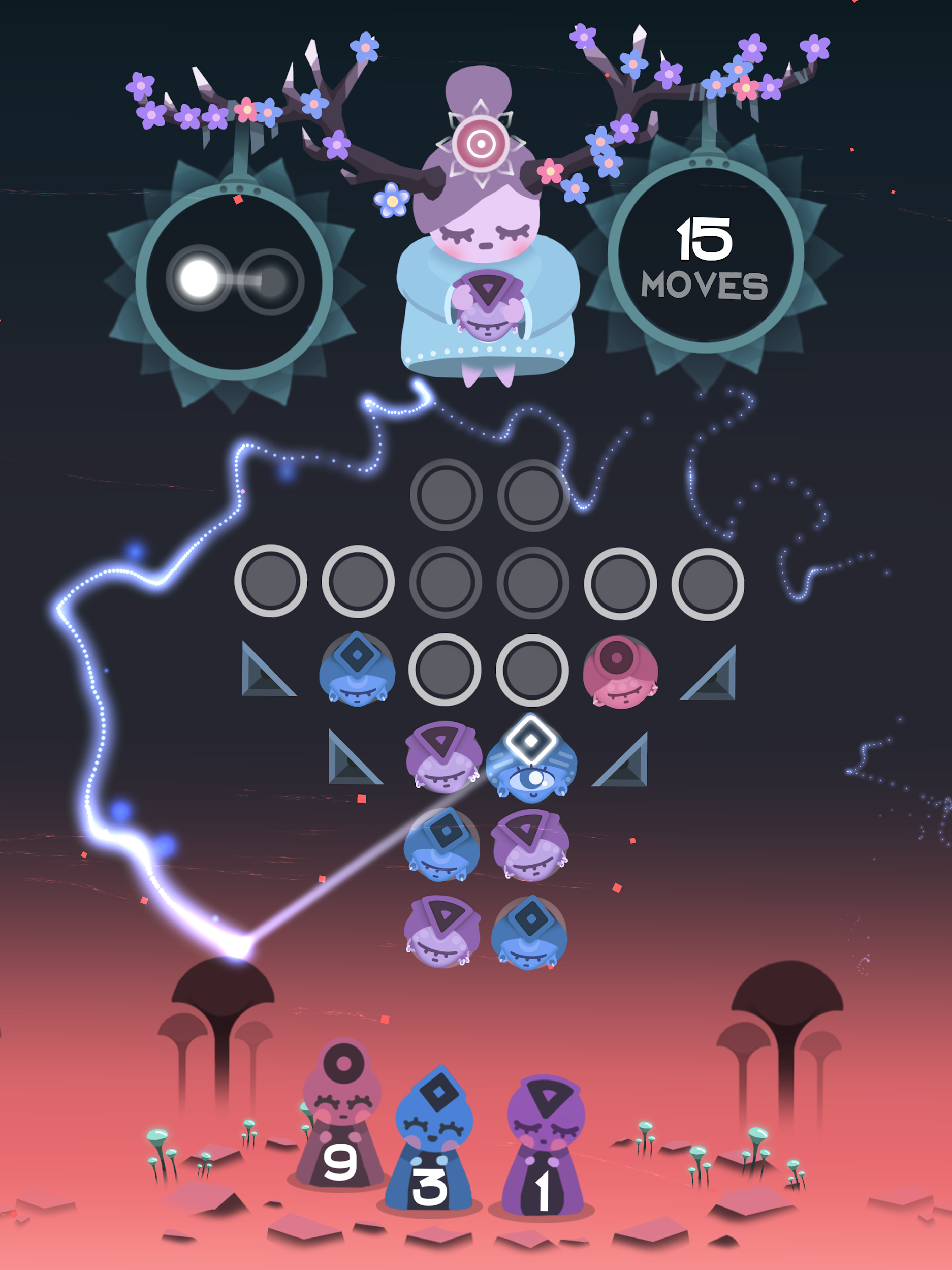 You have added a lot of little touches: Ruya’s idle animations, the little totems moving when touched, and Ruya’s general cute aesthetic. What inspired this look and why did you decide them?

Brad: “There’s an illustrator called Philippa Rice who I really like. She has a book called Soppy which definitely inspired me to explore eliciting cuter and heartfelt emotions. There’s also a game called Year Walk which was initially a catalyst for inspiring some of the visual aesthetics. The foundations of the visuals were defined at a game jam called Indie Speed Run back in 2013.

"All the small visual touches help with immersion. They’re intended to pull you into the world and act like little gifts for people to discover. I always like when other games do things like that. Subtle attention to detail tends to reinforce how much love and care went into the game.”

What were some challenges with making a meditative game where people both relax through the music and play the game?

Brad: “Every game component needs to work in harmony with one another. That’s probably the biggest challenge that all designers face, sitting down for hours mocking up designs to then identify which ones to throw out. Embracing that can be tough, but the more times you do it, the closer you get to toward that thing you’re searching for.” 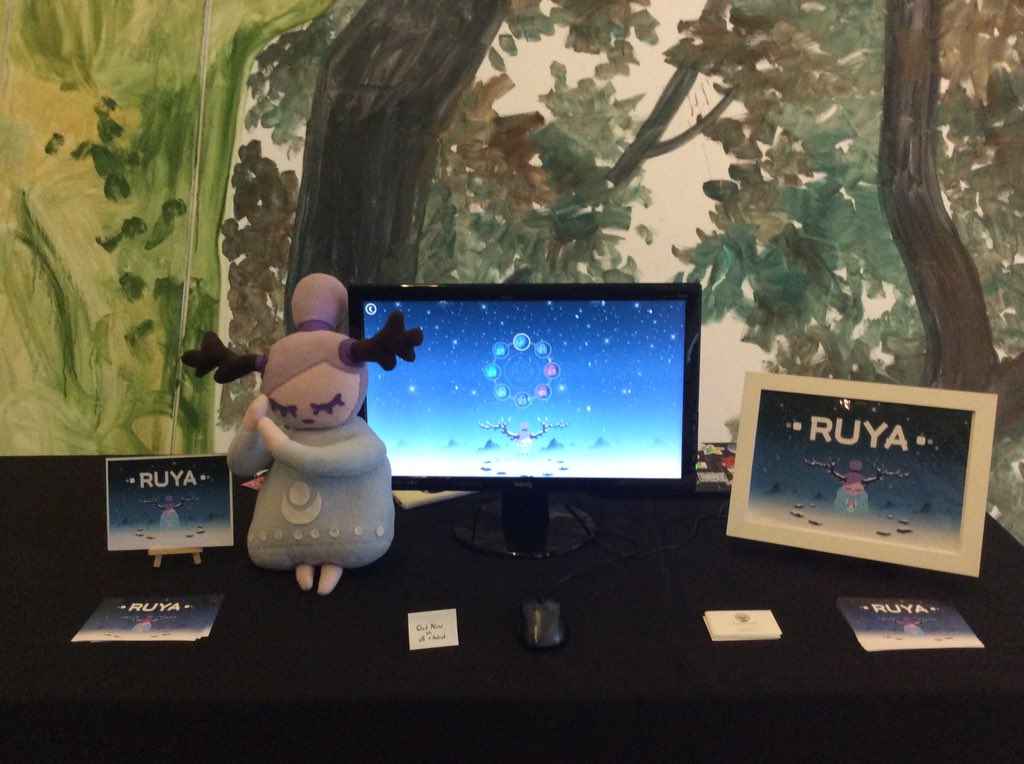 You showcase Ruya at loads of different events and showcasing mobile games can be challenging. How do you stand out from the crowd of games on much larger screens?

Brad: “It’s tricky to tell if we really stand out. I guess we try to decorate the stand in a creative way while avoiding game culture clichés. We still have so much to learn, and it will probably take a lifetime to master. Each event is different, so the set up is always adapting. I usually bring as much as I can carry in a backpack and can fit on the train — this sometimes means no large screen, but we’re known for bringing plants and a custom plush to draw people in. At most shows, it’s the mothers that have brought their kids who end up playing Ruya, which is cool.”

How did you bring your game onto the Amazon Appstore?

Tom: “It was extremely straightforward. We didn’t have to change any code. We just uploaded our apk to the dev portal, localised our store descriptions, added screenshots and a trailer, and that was pretty much it.”

What was it like testing the game? What tips on testing do you have for fellow developers?

Tom: “Yeah, we try to test on any device we can get our hands on. Testing on old low-end devices can be useful when optimising and can give you a bit of confidence to likelihood of the game running buttery smooth on most other devices. Our university tutors lent us devices for a large chunk of our exhibitions. Often, we would do A/B testing to figure out how best to communicate a mechanic that wasn’t clear.” 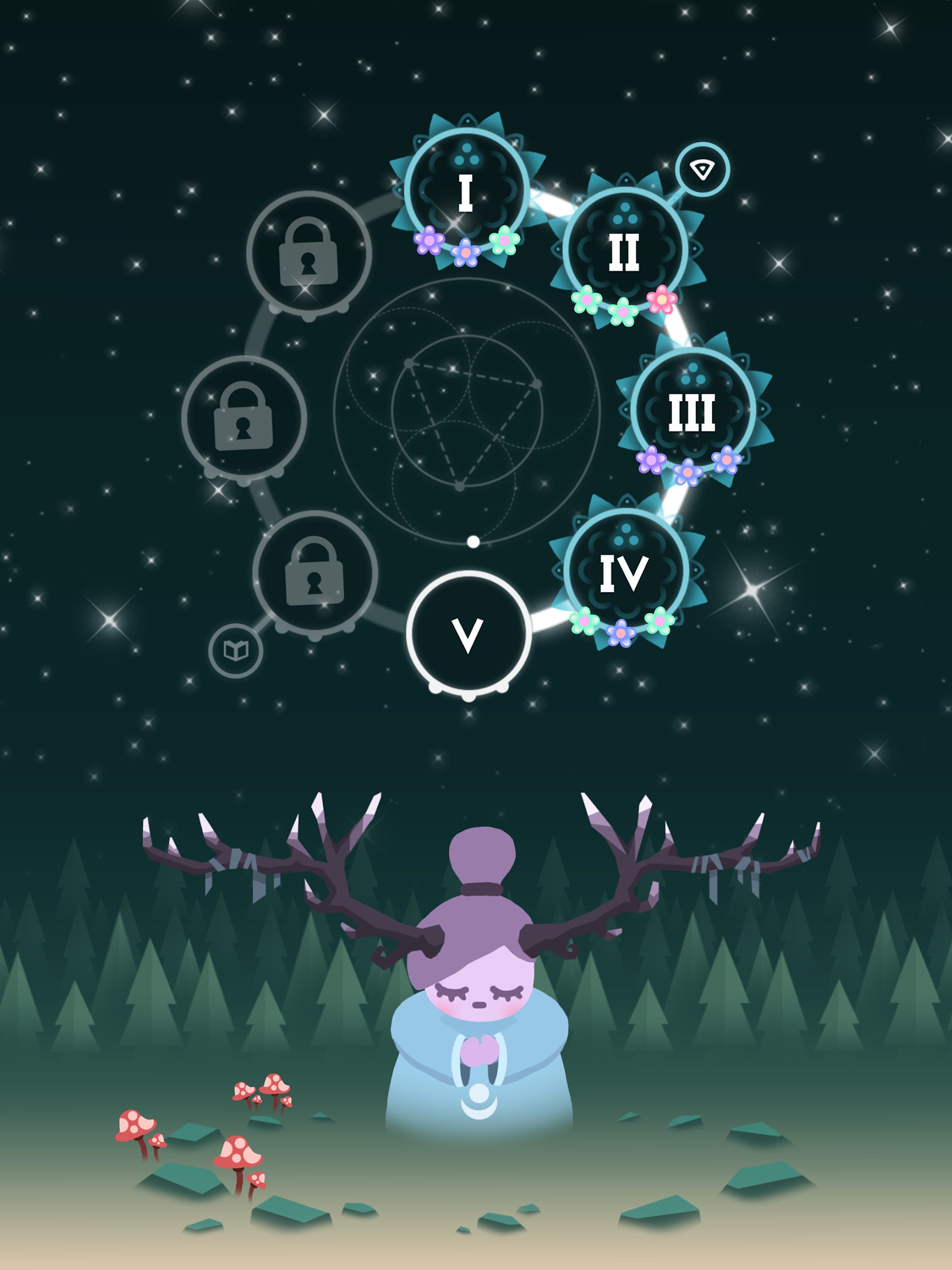 What is your user acquisition strategy? Any tips for other developers to help discoverability?

Tom: “We rely heavily on word of mouth at exhibitions for the most part. Most of the people who wrote about our game were the people we met at events. Depending on the kind of game you’re making and the kind of developers you are, your strategy will vary. For Ruya, our intent was to design a product that people would want to purchase based on first impression.”

Tom: “To date, Ruya has been downloaded the most in America and China. It has had over a million product page views with 28,000 sessions and counting! For a single-player premium game, we have a humble and niche little community that surrounds the game, and for first release as a team, we couldn’t be happier.”

If you haven’t already, you should check out Ruya for yourself!