Five tips for designing levels
We are all different, so our process to come up with cool ideas may also be different. But if you have no idea where to start, here are some tools and processes I used throughout the development of HackyZack. 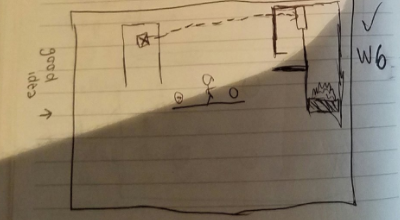 Initial shape I drew
First iteration of the level
The level was too symmetrical, so I tweaked it

4. Play your game
This may sound obvious, but you should constantly play your game! It serves two purposes: you will learn which levels need a slight re-factor or need to be dumped entirely, and you may also end up thinking of an idea while playing your levels.

5. Work on something else for a while
My last piece of advice is to take your mind off of things. When I wasn’t making any progress with levels, I would work on some programming. The brain needs to rest sometimes and working on other parts of the game will help.

Do's and dont's
Here are some things I consider important to do or avoid while designing platforming levels. It’s purely subjective, but I have found that following this advice produces better levels

Do find multiple ways to use the same mechanic
One of the most important things I’ve learned is that game mechanics need to serve multiple purposes. It takes time and effort to teach the player to interact with each mechanic, so using it in different ways enhances the experience.

Don't make pixel perfect jumps
Unless you are making a very specific type of game (like those I want to be the guy mods), I suggest not having pixel perfect jumps. Remember that you are good at your game, but your players won’t be and those types of jumps are frustrating, especially if your game has variable jumping (it should!). As a rule of thumb, if you are having trouble beating a level yourself, consider adding a few extra blocks of floor or wall to reduce the difficulty a bit.

Do reevaluate levels and trash the worst ones
It happens to everyone. You make a level you think would be nice, but ends up falling flat. You may not discard it as soon as you make it, but as the game progresses, some levels will feel worse than others. Don’t be afraid to trash the worst ones. In game development, that old saying is true: your levels are only as good as the worst one. Be honest with yourself and remove them

Don't repeat ideas
This one may be hard to achieve, but try your hardest to avoid repeating ideas across multiple levels. This goes hand in hand with finding multiple uses for each mechanic to make each level feel unique.

Do play other platforming games
As is true for any other genre, and even mediums, you should make what you know. It’s always useful to play a variety of games in every genre, but if you are making a platforming game, make sure to play other games similar to yours. It will give you ideas of things to make, and you should also keep an eye out for things you don’t like so that you can avoid them. Besides, how many people can play games and call it “research”?

Don't make symmetrical levels
There’s two big reasons for this: the first is that symmetrical levels usually aren’t as interesting as those with weird shapes. I struggle with this one myself and end up having to modify a level because I make them too symmetrical at first. The second reason is that when a level is the same on both sides, the player will most likely have to perform the same set of actions twice, even if they are mirrored. This can frustrate players that have completed the first part and fail at the second. 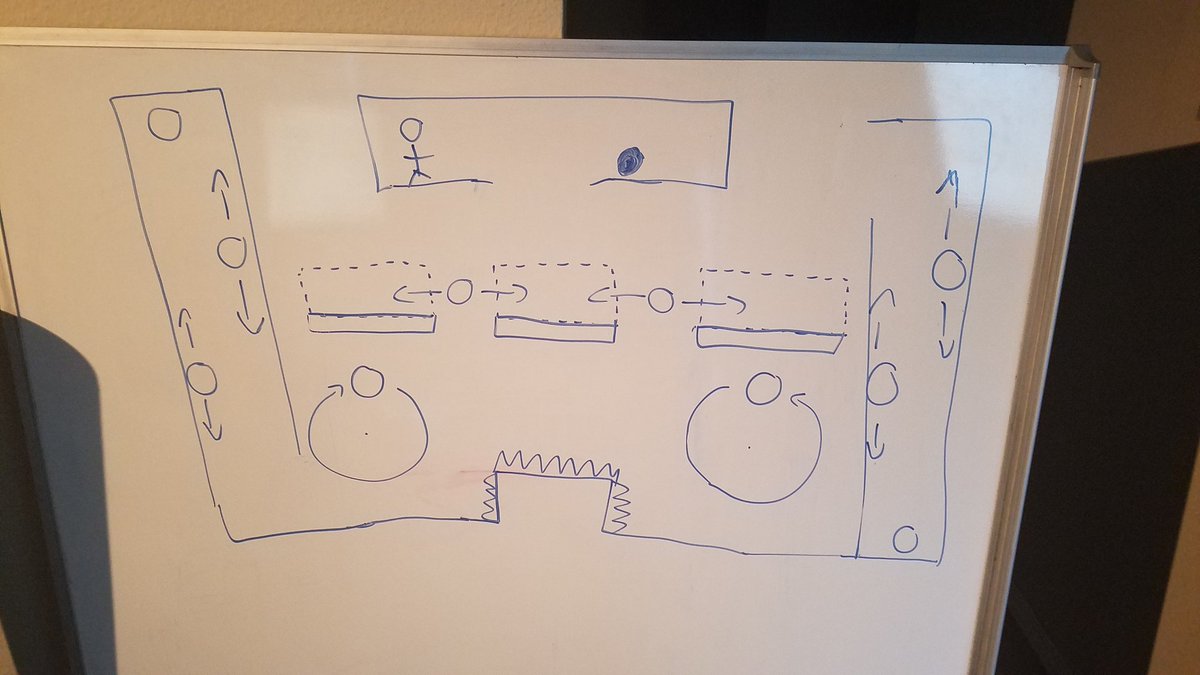 Do constantly playtest
I said it above, and I’ll say it again. It is essential that your team plays your game as much as possible. Find friends, family members, random people at work or school - anywhere. You need fresh eyes on your game. Also remember to watch when other people play your game. Don’t tell them how to beat sections. Watch them, see them struggle. If many people are having the same issues over and over, maybe it’s time for you to consider either explaining the mechanics better, or changing the level a bit to make the objective more obvious.

Don't make tight corridors
I’ll admit that this is one of my pet peeves. Having sections where the ceiling is too low is super annoying in platforming games as jumping makes your character hit its head against the roof. Open spaces work better in most cases, so just keep that in mind.

Stay up to date with the latest Amazon Developer news, industry trends and blog posts.