A Primer on Communication: Creating Conversational Transactions When Designing for Voice : Alexa Blogs

A Primer on Communication: Creating Conversational Transactions When Designing for Voice 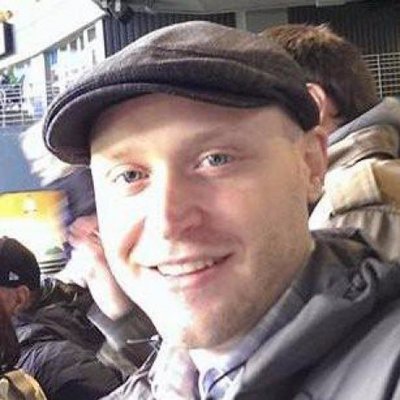 Any time we speak to another person, we're participating in a series of conversational transactions. One party offers or inquires, and the other accepts or responds.

Almost every piece of technology we use today is built upon this simple level of transaction. When interacting with a machine, our focus is often on completing the task at hand. If I click a link, the browser will load a webpage. If I move the joystick left, my video game character will move in that direction. There's nothing left open for interpretation because the actions I've taken are perfectly focused on doing something specific. I wouldn't have it any other way!

It's more complicated with conversation. The depth and complexity of conversational transactions between people can vary greatly. In the simplest ones, we ask each other for straight-forward information: facts or definitions. In more complicated cases, we draw from our experiences and surroundings, collecting and dispensing information flexibly and adapting our messages as we share ideas with each other.

In these cases, because we're interacting conversationally, we're usually pretty tolerant of being misunderstood. The transaction is flexible. We're able to quickly elaborate and clarify rather than needing to remember and repeat what we said initially word for word. Likewise, if we receive more information than we asked for, we can just disregard that additional detail without confusion.

For fun, here’s a video of two Alexa evangelists, Cami Williams and Akersh Srivastava, demonstrating when one conversational partner fails to parse information provided all at once, creating confusion. In this clip, Cami experienced how jarring it can be to speak with a partner who isn’t handling the typical, but complex, acrobatics of human conversation. Complex acrobatics are no exaggeration, either. It turns out that when you and I speak with each other we're also simultaneously doing all sorts of other things in the background. For starters, we're extremely flexible with how we gather information. In real life, Akersh is capable of collecting several pieces of information from Cami regardless of the order she delivers them in.

Our ability to converse with each other verbally allows us to move beyond simple transactions. With our voices, we're able to describe abstract concepts, draw conclusions from contextual clues, and tolerate ambiguity, all while converging on increased understanding. In this way, conversation opens the door to more meaningful interactions.

Today, we're speaking with computers more and more. While voice allows us to initiate transactions with more ease than ever before, we've only just begun to tap into the power of conversation.

The Alexa Skills Kit provides developers and voice designers with an opportunity to take advantage of the latest breakthroughs in Alexa's understanding of conversation through advanced features and patterns like dialog management, context switching, conditional slot collection, and memory.

We believe that anyone can create compelling Alexa skills that blur the boundaries between human and computer interaction. We're so excited for the possibility of voice, that we've launched a new and free self-paced course called Designing for Conversation to help you start building natural Alexa skills.

Before you dive into creating conversational skills, you'll need to spend some time understanding conversation and the elements of communication. The best way to learn about methods of conversation that you'll use for Alexa is to understand what doesn't work and why traditional voice experiences have felt unnatural or stilted. Check out the first lesson in our course called “A Primer on Communication” to dive in.