In early 2014, Mandy Chan was attending a business conference when she discovered her true calling: emerging technology. A business analyst by training, Mandy started searching for a way she could break into the tech industry, to immerse herself in the technologies disrupting every industry. She researched online, frequented bookstores, and eventually decided to teach herself JavaScript programming.

Barely a year later, Mandy attended the Technica Hack ‘15—and won the JP Morgan Chase prize for best mobile app. For Mandy, that event started a new career. After participating alongside so many eager and helpful programmers, she knew what she wanted to do.

Just 11 months later, Mandy has won three more hackathons, including NY TechCrunch ‘16 and Manhattan AngelHack ’16. But unlike her first contest, all these prizes were for Alexa skills.

A hackathon skill helping users around the world

Mandy first discovered Amazon Echo while attending a 2016 developer conference in San Francisco. She watched a team working with an Echo, and it instantly appealed to her interests in both back-end software development and artificial intelligence. “It was like having my code right in front of me. I talked to my code, and the code kind of talked back to me,” says Mandy.

The day before TechCrunch New York in May, Mandy dove into all the online Alexa Skills Kit documentation she could find. The next day, nervous but determined, she created the prototype that became the Dr. Speech skill—and won the Best Use of Alexa prize. 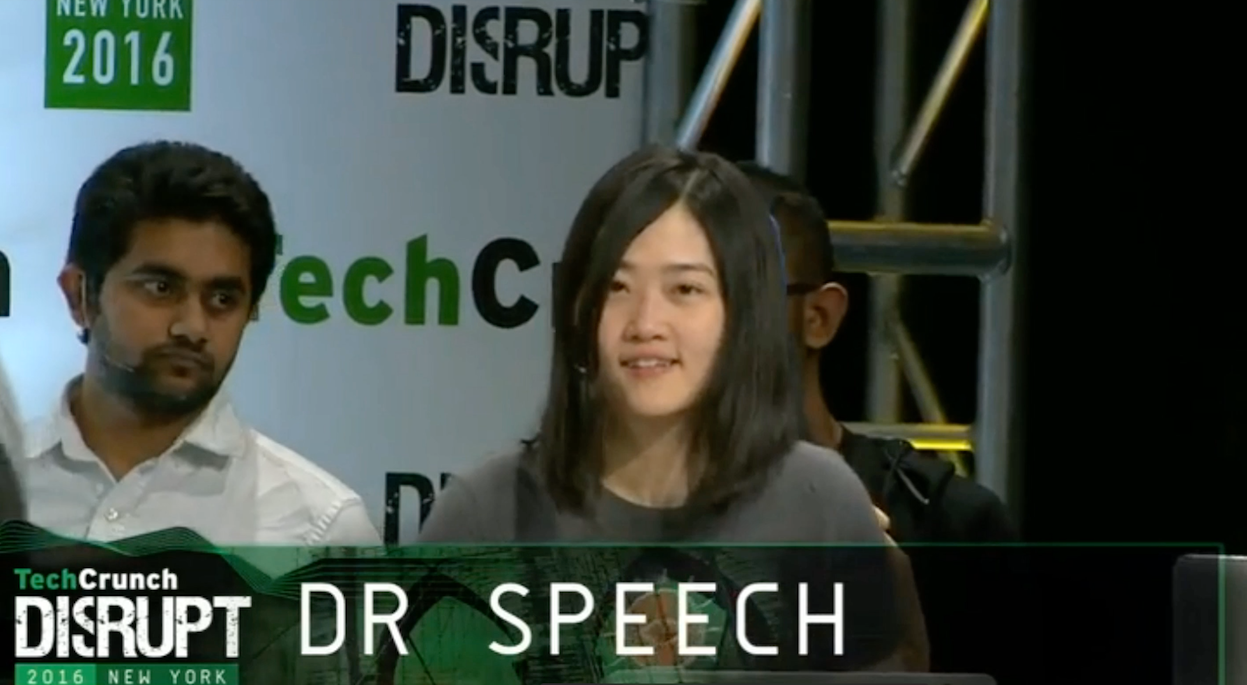 Mandy gets tweets from people around the world thanking her for how Dr. Speech has been instrumental in improving their pronunciation and has also inspired other developers to build self-improvement skills. Similarly, a user of Mood Journal—another of Mandy’s Alexa skills—wrote to say it helped him in battling anxiety and depression.

Humbled, Mandy repeats she loves to write software that helps people. “Every skill I write is an extension of me. Dr. Speech is about improving speech, because I strive to be a great speaker. I never imagined how my skills would have touched so many people.”

Building to help other developers, too 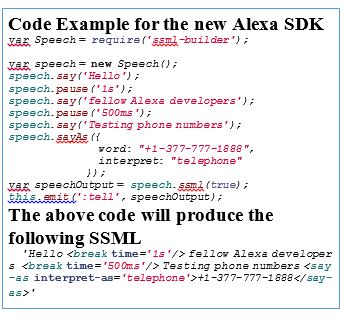 Today, Mandy is an active member of the Alexa developer community. She describes herself as a passionate developer who loves to build software. “I like to build software that helps other developers build Alexa skills more productively,” Mandy says. She has a special fondness for open-source projects.

A perfect example is her ssml-builder package. The package creates well-formed Speech Synthesis Markup Language (SSML) without worrying with string concatenations or handling special characters. As you might imagine, Mandy used ssml-builder in Dr. Speech and then extracted the code so that it could be shared as a library with the Alexa Developer Community.

Mandy freely offers ssml-builder to all developers, including code samples.

A deep dive into the new Alexa SDK for Node.js

Besides being an avid Alexa developer, Mandy is also an active technology blogger. It’s only natural she puts these two loves together. She recently published a two-part deep-dive into some capabilities of the new Alexa SDK for Node.js. In it, she explored how to:

The tutorials, Part I and Part II, explain how to use the new SDK and a third-party library to perform operations with less programming than they previously required. While there’s no room to expound on this here, Mandy invites Alexa developers to view the detailed explanations and examples in her blog.

Mandy is now a co-organizer of NYC Amazon Alexa Meetup, sharing her passion for Alexa and voice interface design. She is enthusiastic about the rapid growth of the Alexa community, citing over 3,000 published skills since the Alexa Skills Kit debuted in early 2015. Mandy herself builds at least one Alexa skill every month, so her proficiency as a developer is always growing. 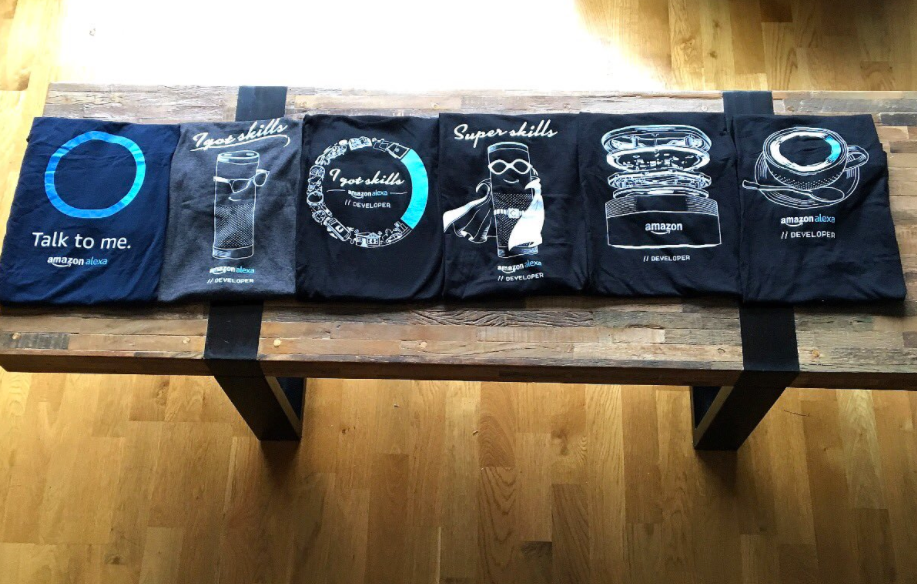 As proof of her passion, she proudly points to an expanding collection of Alexa T-shirts. Amazon presents a different monthly design to developers that publish an Alexa skill that month. Mandy has them all.

“Each T-shirt represents a milestone of my knowledge about Alexa as she becomes smarter and the Alexa community continues to grow,” Mandy says. “It’s like seeing her grow every day.”

To learn more about Mandy Chan and her passion for Alexa, check out her Alexa Champion profile. 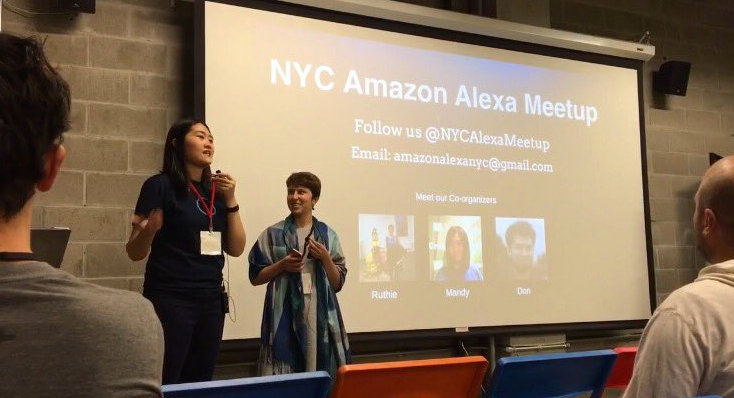