Three months ago, we launched Alexa Champions, a recognition program designed to h 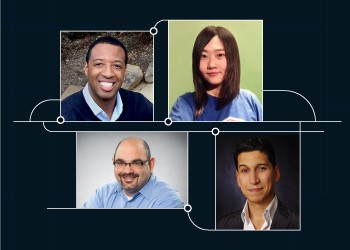 Today we’re excited to recognize ten new Alexa Champions and to showcase their contributions to the Alexa community on our dedicated gallery. We thank them for all the knowledge they have shared with others and for the tools they have created to make it easier for developers to use the Alexa Skills Kit (ASK) and Alexa Voice Service (AVS).

Join me in extending a warm welcome to the newest Alexa Champions:

There are many ways you can share educational and inspiring content about AVS and ASK with the Alexa community through your own blog or newsletter, open-source development tools, tutorials, videos or podcasts and social media. You can also organize local meetup groups for like-minded Alexa enthusiasts and developers.

Engage with Alexa evangelists in our weekly live webinars and office hours, share your contributions in the Alexa developer forums or on Hackster.io, and tell us about your #AlexaDevStory on Twitter.

Please join me in welcoming our newest Alexa Champions!