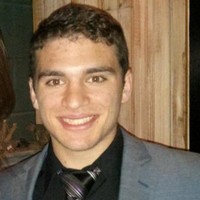 We’re excited to announce that Alexa-hosted skills is now Generally Available (GA), a new offering that automatically provisions and manages a set of AWS cloud services for your skill’s back end. With an Alexa-hosted skill, you can build, edit, and publish a skill without leaving the Alexa Developer Console. This allows you to build skills quickly and spend your time designing engaging experiences, rather than managing cloud services. With the GA launch, developers can now edit and deploy an Alexa-hosted skill from the Alexa Skills Kit (ASK) Command Line Interface (CLI). They also benefit from enhancements that have been made to the console’s code editor, including contextual file menus, new file and folder operations, and keyboard shortcuts such as copy, paste, save, find, and replace.

We used public beta feedback to target enhancements that are designed to significantly reduce the time it takes for a developer to create and publish a skill when using the service. Alexa-hosted skills were initially designed as a great way to learn how an Alexa skill functions when you first start developing skills on the console, and the addition of support for the ASK CLI makes it possible for developers to continue iterating on a hosted skills as they graduate to ASK tools, such as the ASK CLI and ASK Toolkit for Visual Studio Code.

An Alexa skill consists of a front-end voice model and a back-end cloud service that processes requests and tells Alexa how to respond. Previously you had to provision and manage this back end on your own with a cloud endpoint, services for media storage, and a code repository. Alexa-hosted skills offers an easier option. It automatically provisions and hosts an AWS Lambda endpoint, Amazon S3 media storage, and a table for session persistence so that you can get started quickly with your latest project. You’ll be able to use a code editor in the Alexa Developer Console to edit and deploy your code. AWS Lambda will route your skill request, execute your skill code, and manage your skill’s compute services. You can use Amazon S3 for media files, such as images to be shown on multimodal devices like Echo Show, Echo Spot, and Fire TV. AWS CodeCommit is also included as part of a hosted skill’s deployment pipeline so that your skill’s code is kept in a secure repository from the start, even if you are just building an early prototype. You can use AWS Lambda, Amazon S3, and AWS CodeCommit up to the limits of the AWS Free Tier with Alexa-hosted skills.