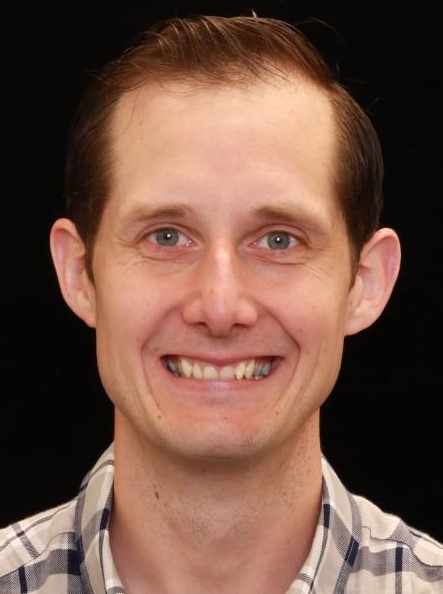 We've built game skills ourselves, and have met with game studios to understand how we can help with creating game skills faster. Throughout the process, we discovered an opportunity to create a tool that is optimized for game skills with game development cycles in mind. We are excited to introduce Skill Flow Builder (SFB), a new tool that enables you to build story-based game skills faster, including interactive fiction, branching narratives, and role-playing games. Skill Flow Builder is now available to game skill creators in all locales (please note, Hindi isn't supported yet).

SFB complements tools like the Alexa Skills Kit (ASK) SDK, and provides an easy-to-use solution for the creation of skill flow and content by separating content creation from skill code. The tool has two components: The editor desktop application for content creators, and the VSCode extension for developers. Both components share a common SFB file format (.abc), which enables more efficient hand-offs between teams.

“As game developers, there is one thing that is paramount to having great quality: speed of iteration. SFB helps us do that by making it super quick to get something up and running, so we can go from idea to player testing in no time; and by allowing content creators to use the editor to get their content running without the help of engineers. With SFB, our writers can work directly in the editor and test their work immediately.” says Jeferson Valadares, CEO at Doppio Games. 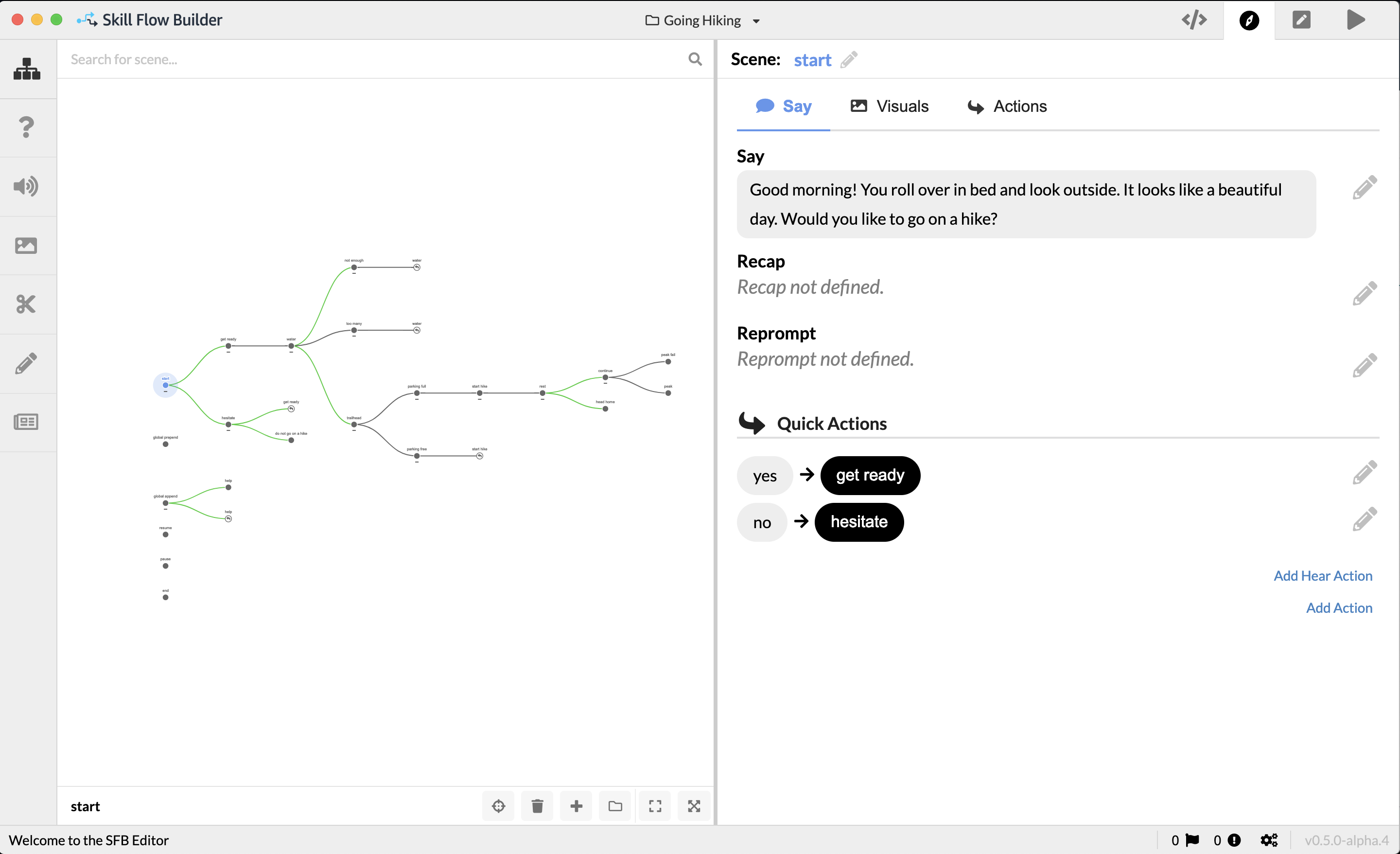 Using the editor, content teams can visualize and navigate through the built in story-tree. The narrative is structured as a series of connected scenes. You can easily write or update narratives, and add visuals, sound effects, and game logic - all without having to involve your development teams. When finished, you can export and share a new SFB file format (.abc)with your development team or export texts for professional narration or localization. 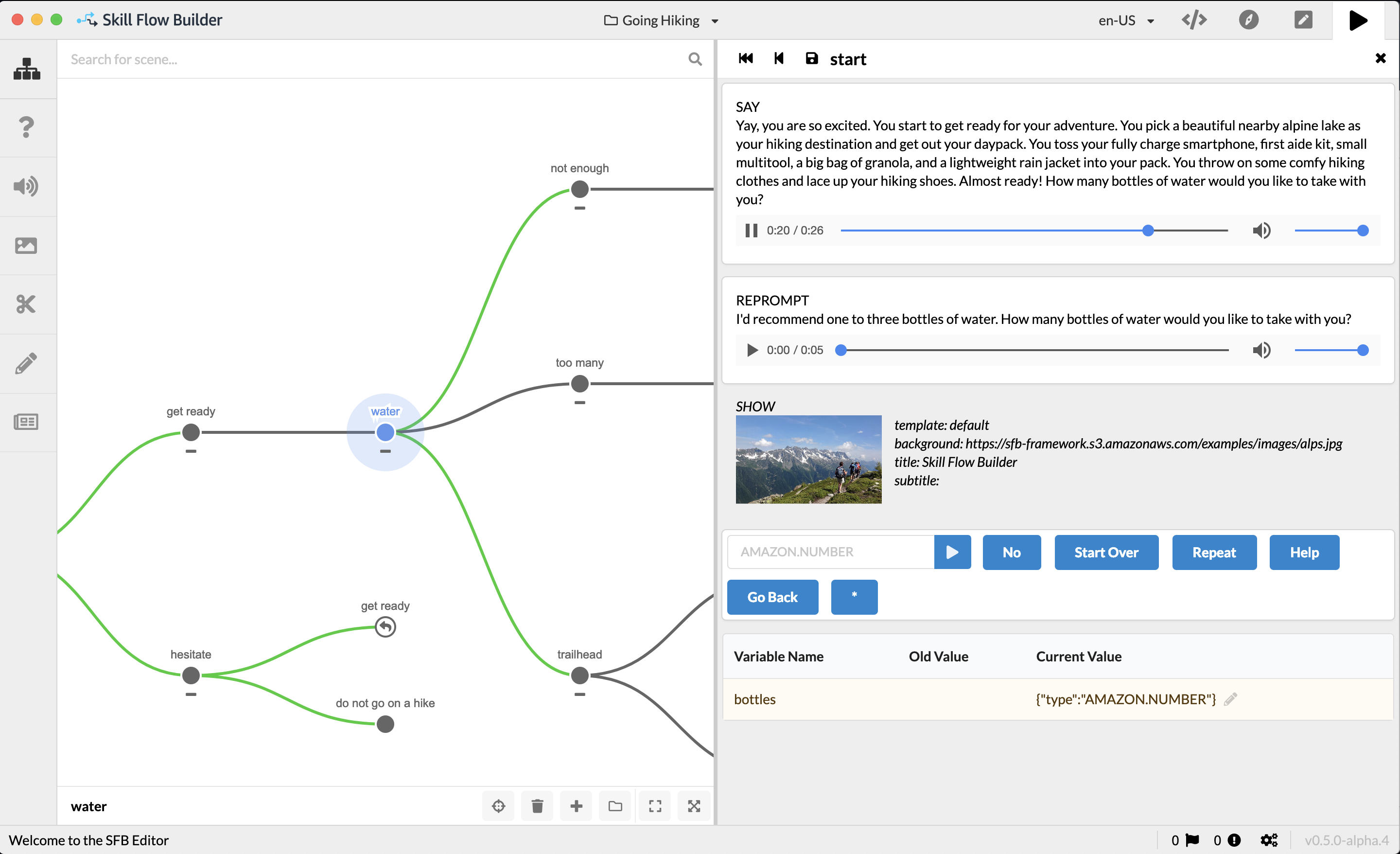 For developers, SFB simplifies skill building process by offering a content debugger, integration with existing skill developer tools, and extension supports. You can use tools like the ASK SDK, the ASK CLI, and the AWS CLI with SFB. SFB integrates extensions for the Alexa Presentation Language templates and In-Skill Purchasing, saving you the implementation time. Additional features include:

“I had the privilege to work with SFB over the past couple of months, and I find it incredibly helpful and productive. I’m using the tool for the creation of our next game skill. The editor really feels like a swiss army knife to me, with a great variety of useful features. Especially the debugging functionalities and the tree overview map provide a perfect development environment for both rapid prototyping as well as finalization and polish of release-ready skills” says Ralf Adams, director of product at Her Interactive.

Get Inspired by Trying Our Reference Skill