Adrian Bolinger is a Bloc student and has developed three Alexa skills thus far. His most recent, Date Ninj 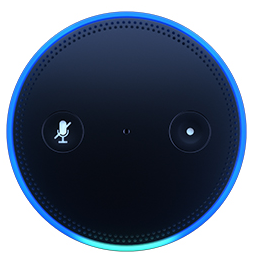 a, builds upon Alexa’s ability to convert a spoken date into a slot formatted as a date in order to make day, week, month, and year calculations on the fly.

With each skill, his need to monitor skill performance, optimize, and rollout subsequent releases has been a top priority. Adrian found a simple way to monitor the performance of his Alexa skills, to see which intents are being used and identify invocation issues with intents. He did it using the open source universal-analytics node module, with five lines of code per intent.

From the terminal in your project’s root directory:

In your index.js file:

Add the following declaration towards the top:

2. Create properties on the skill, ideally one property per intent.

In your index.js file:

Initialize the ua var (which you’ve already declared) within each of your intents.

Adrian planned for three possible outcomes for each intent: a blank value, it works, it fails. He tried to keep the code somewhat generic, so he could cut and paste between intents. He ended up with the following five lines per intent:

For each intent that’s successfully wired up, Adrian encourages you to test that it’s posted to Google Analytics before starting work on implementing analytics on the next intent. He suggests testing each intent on Amazon’s test server before submitting your skill for certification. This will help you resolve any potential issues that are not exposed when testing on local node server and help you publish your skill quickly.

To get the scoop, read Adrian’s full blog post on implementing Google Analytics.