Unboxing new hardware is always exciting. It’s even more special as a gamer and developer to open up the new Fire TV Gaming Edition. Mine arrived last week so I thought I’d take a little time out to show you what you get in the box. 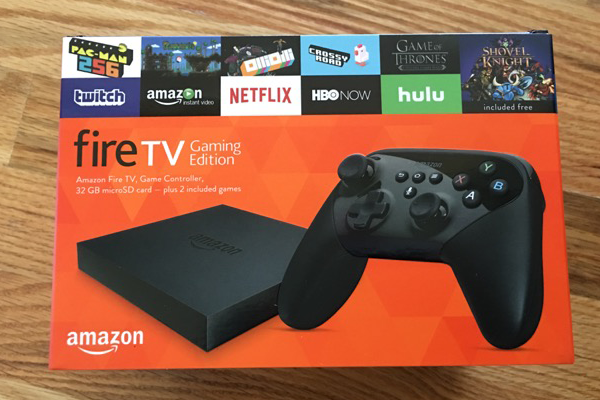 For gamers the Fire TV Gaming Edition is a great value. Not only do you get the latest version of the Fire TV hardware but also our new redesigned controller, a 32 gig micro SD card and two popular games: Disney’s Ducktales and Shovel Knight.

When you open up the box you will see our new Fire TV Game Controller. 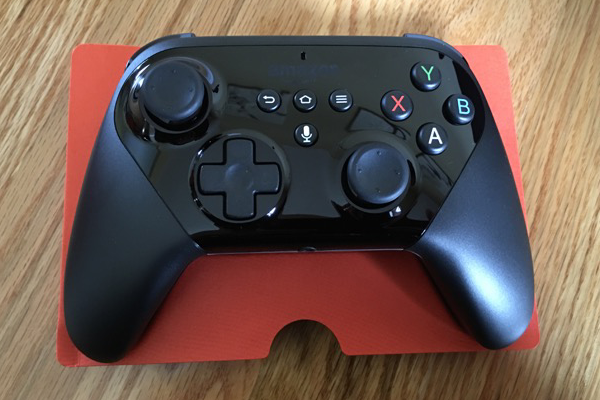 The new Fire TV game controller feels more comfortable in your hands. It also has a microphone for using Alexa which is now part of Fire OS 5. Finally, it even has a headphone jack for listing to audio without disturbing those around you.

Next thing in the box is the new Fire TV itself. It shares a similar form factor as the previous generation but now includes a mini SD card slot for expanding the system’s internal storage space. That means more games and apps on your Fire TV without running out of room. 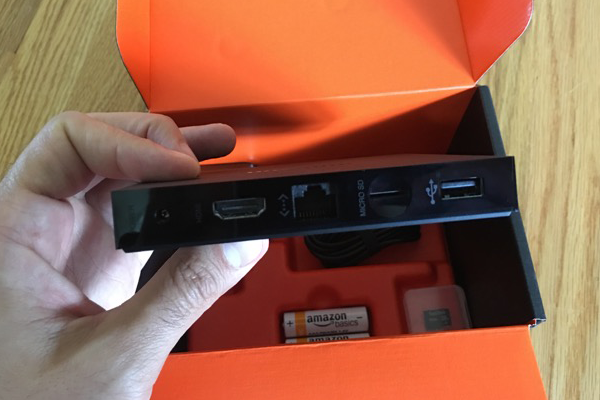 Up next is the new power adaptor, batteries and 32 gb microSD card. 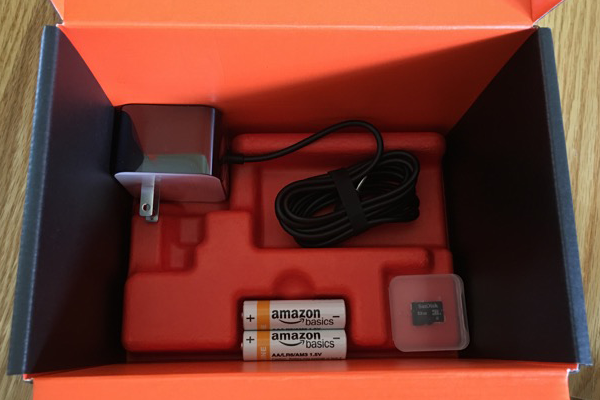 Finally, everything is wrapped up with the Fire TV Gaming Edition instructions which couldn’t be easier to follow. 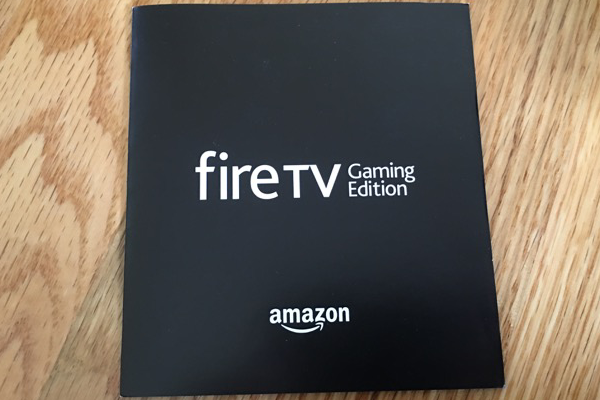 Simply plug in your new Fire TV and start enjoying the two included games as well as the other great selection of games, apps and videos on the Amazon Appstore.

For game developers there is a great opportunity to bring your game to Fire TV and now with the Amazon Fire TV Gaming Edition plus the included game controller customers are eager to give it a try. We continue to focus on gaming for Amazon Fire TV and our new gaming bundle makes sure that customers get everything they need in one box to play your game. Not only is it easy to port existing Android games over to Fire TV using native or cross platform frameworks but we are working closer then ever with indie game developers to help bring console games over to the Amazon Fire TV.

Bring Your Apps and Games to Amazon Fire TV Today. Check out the following links to get started: