感谢您的访问。此页面目前仅提供英语版本。我们正在开发中文版本。谢谢您的理解。
EnsenaSoft Pairs Up with Amazon for Free App of the Day : Appstore Blogs

EnsenaSoft Pairs Up with Amazon for Free App of the Day

One of Amazon’s unique features is the paid app for free each day for consumers, Free App of the Day, making it easy to discover new apps and games. For developers, this presents an opportunity to grow your audience quickly and have your app featured prominently on Amazon.com, the Amazon Apps mobile app for Android, and on Kindle Fire tablets. Many developers have had success by featuring their apps as part of this promotion. One recent success story is EnsenaSoft, a developer based in Mexico that creates casual games like Fantastic 4 in a Row HD and Mahjong Deluxe HD. 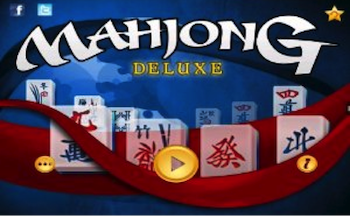 In late 2011, Amazon reached out to EnsenaSoft to see if it would be interested in participating in Free App of the Day. “We were very excited to get this kind of exposure from within Amazon, and best of all, it was free,” said Samuel DanHartog, Chief Creative Officer at EnsenaSoft. On January 1, 2012, Amazon featured EnsenaSoft’s app, Mahjong Deluxe HD, as Free App of the Day. “This helped us increase sales on our app not only on the day of Free App of the Day, but also afterward,” said Samuel. “Mahjong Deluxe HD also moved into a much better position in the rankings, which it has maintained to this day, over a year later.”

“Thanks to the Free App of the Day promotion, and the high quality store that Amazon offers, our app downloads (both free and paid) are higher on Amazon than any other Android store,” said Samuel. ”The retention rate of users on Kindle Fire is higher than other platforms. On our free apps, that means more ad impressions, as well as more opportunities for cross-promoting our games.”

In fact, Samuel tells us that the success EnsenaSoft has had from featuring its apps in Amazon’s Free App of the Day program outweighs the success it had from spending actual money on marketing campaigns. “None of these events have brought us near the quantity or quality of users that Amazon brings,” said Samuel. “Free App of the Day has helped us grow in popularity on Amazon, but also has contributed to growth on other app stores as well.”

Are you interested in having your apps featured in Free App of the Day? If so, let us know here. We review every app and game submitted, and if your app is chosen, we’ll be in touch with you to discuss next steps and ensure you’re on board.