When displaying ads in your apps and games, you may want to know how often you are actually displaying ads to your users, what types of ads are being displayed, and how your users are interacting with an ad.

Thankfully, the Amazon Mobile Ads API includes events that can aid you in understanding performance of ads displayed on your apps.  You have the ability to track when an ad is successfully displayed from the Amazon Ad Network, how long a user views an ad, and when your user opens or closes a rich media expandable banner ad.  These events should help you track and better understand user behavior in your apps when ads are being shown.

With a guaranteed CPM of $1.50 for banner ads displayed on qualified apps during March and April (up to 2 million impressions per app per month), there has never been a better time to get started using the Amazon Mobile Ads API.

All of the events associated with an ad provided by the Amazon Mobile Ads API will be returned by the AdListener interface.  Once you have declared an instance of an Amazon AdLayout, setting an event listener to the layout will let you track the entire life cycle of an ad.

Keep in mind all of the listener's events are part of the main UI thread.  So if you are planning on executing any long running tasks you should do so in an AsyncTask.

Capturing Metrics When Ads are Loaded

For example, if you have a game, you should choose to delay displaying the AdView until the player is at a point where an ad will not interrupt gameplay.  In the below example I am updating a TextView each time an ad is successfully loaded and then adding the AdView to the root container for display.

In the above screenshot, I have set a breakpoint to get information from the AdProperties variable.  There are four types of information that are filled by AdProperties.  These include:

Trigger changes when an ad expands

The onAdExpanded and onAdCollapsed events are called when a rich media expandable banner ad has been clicked by a user and is either expanded or collapsed.  You can use this event to pause your game or suspend background audio music when an ad has expanded, among other options. 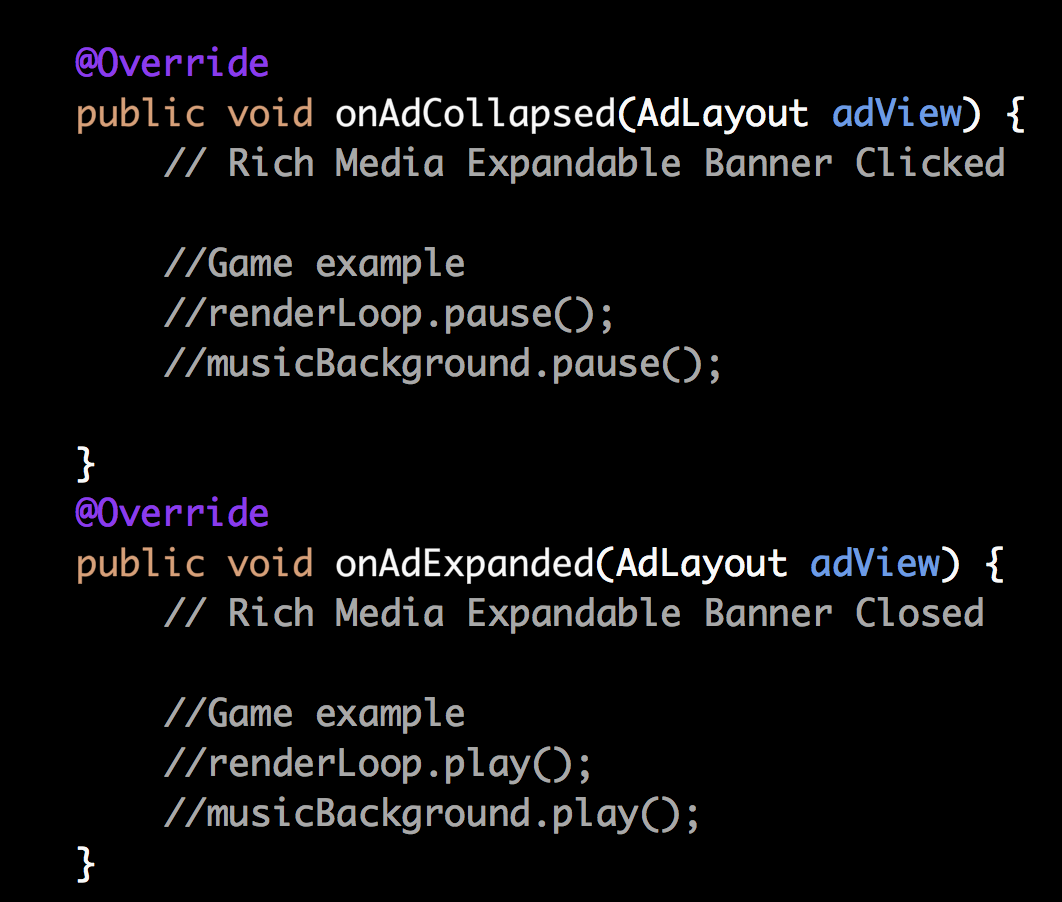 If an ad fails to load, the AdListener.onAdFailedToLoad event returns an AdError object that contains an error code and a descriptive response message.  For example, the onAdFailedToLoad event below is logging the ad error message, removing the Amazon view from the UI, and then loading a Google AdMob view to request an ad. 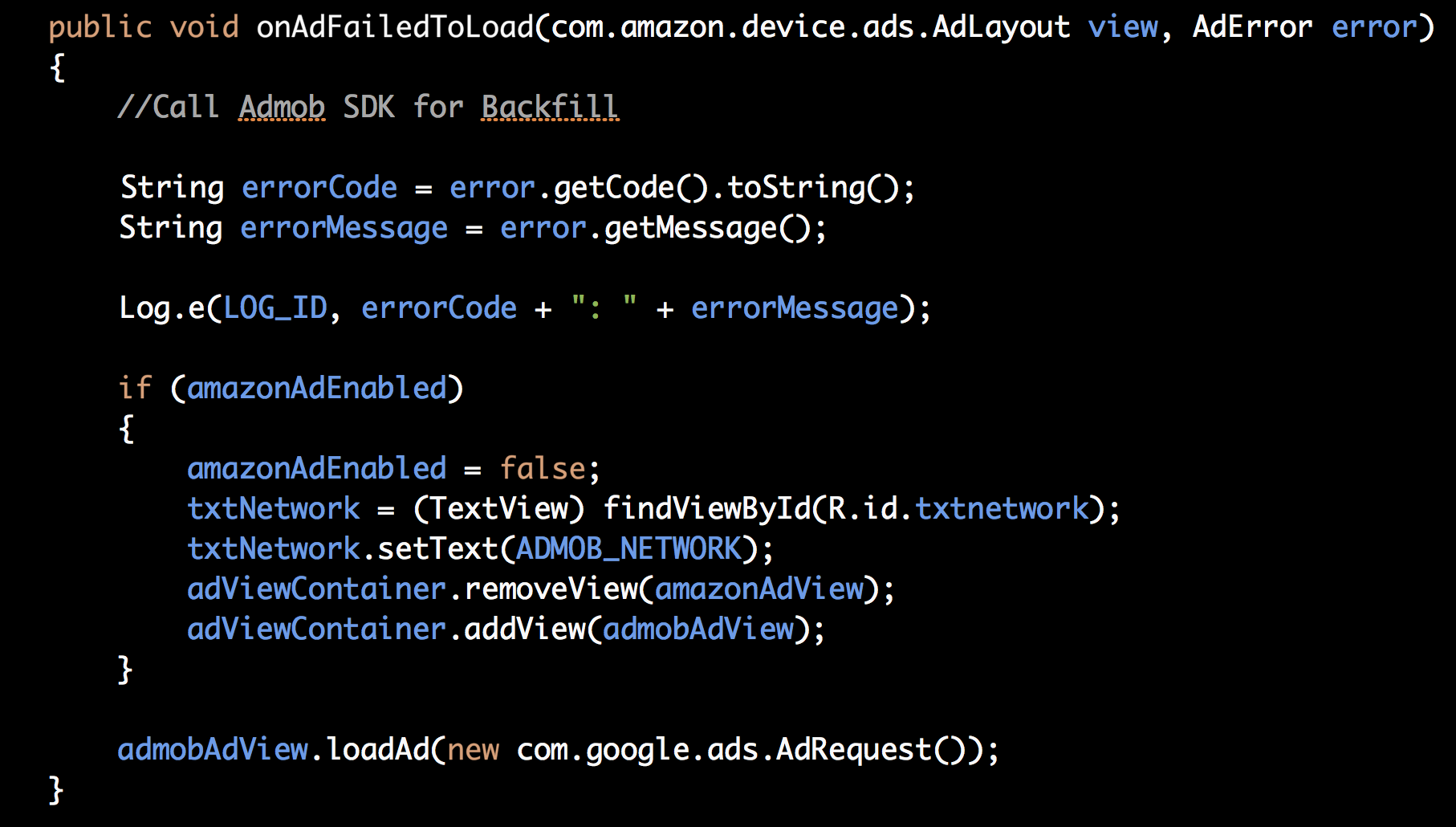 It is important to keep in mind that the there is no logic to retry loading an ad.  If you encounter an error, you should decide whether to call AdLayout.loadAd again based on the error code returned.

The error codes are helpful in debugging where errors may be occurring; server side, network based, or within the app code itself.  In the below example we see an AdError occurring due to the developer setting an incorrect view size.  This can happen if an ad is requested before its parent view is available.

The possible error codes that can be returned include the following.

For specific error message descriptions, please refer to the following chart on our developer portal here.

You can get more information on the Amazon Mobile Ads API including code samples and training videos here.