As we continue our game design series we’ll focus on one of the most important aspects for any game, adding artwork and sounds. Don’t forget to check out part one for picking a game framework and part two for game design 101.

If you don’t come from an art or music background, you might find this part of the game creation process the most stressful. Building a game for the first time will stretch all of your skills, like programming, creativity, design, and more. It’s easy to get bogged down in the details and forget the most valuable part of making a game, which is building something fun to play. In this section, I will talk about some approaches to adding artwork and sounds into your game.

Working Without Art and Sound

The first thing I tell people just starting out is to use placeholder art and sound while building a game. It may be hard to believe, but you can always get artwork later, and sound is just as easy to find online or get help making. To be honest, if you build a compelling enough game, you may even be able to convince an artist or musician to work for you and share the profit from the game. But none of that will happen if you don’t have a fun game to begin with. It also helps to take a look at other games that use minimalistic or dynamically generated art as inspiration as well. The following are a few very successful indie games that do that. 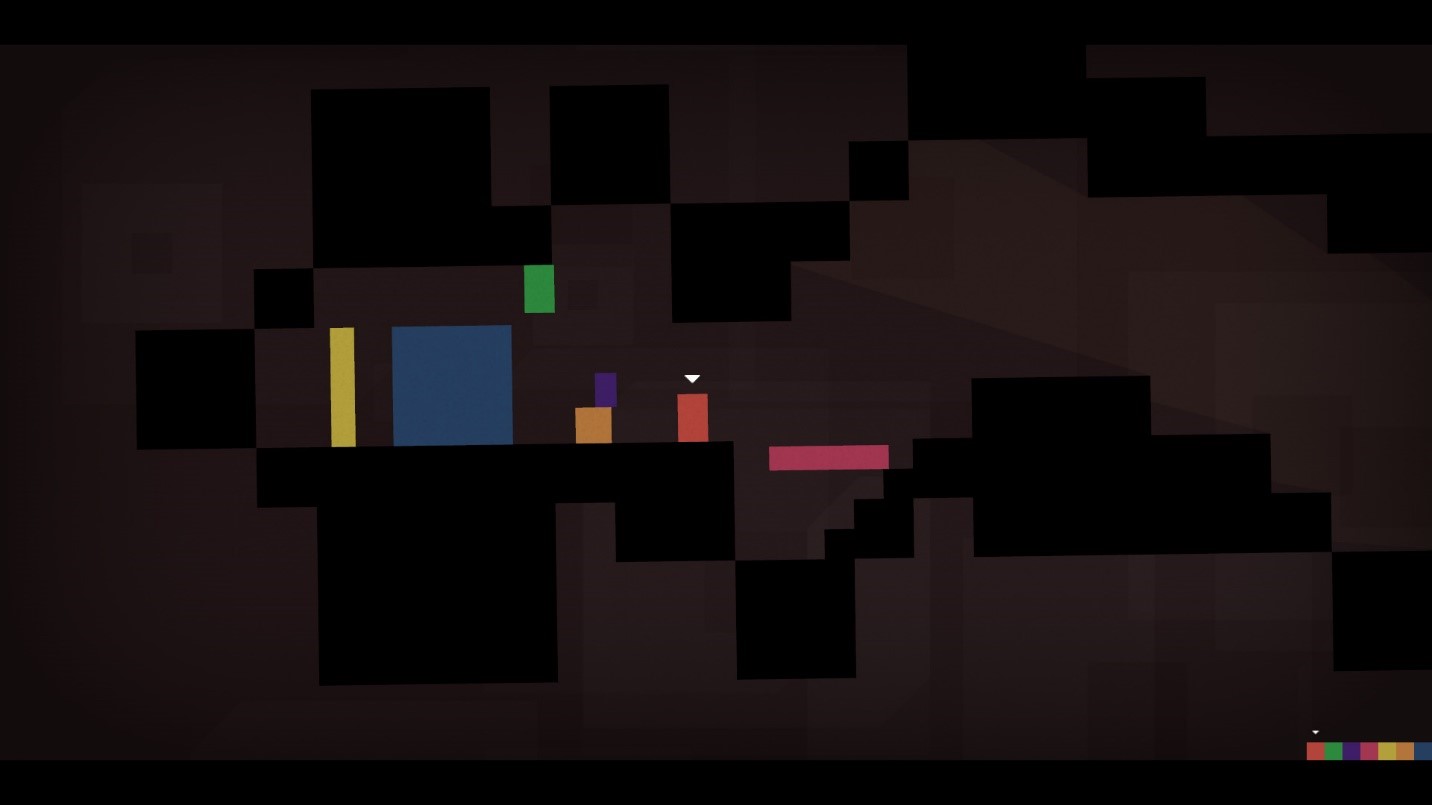 While “Thomas Was Alone” looks deceptively simple from the screen shots, there are a lot of subtle visual effects that add depth to the art style. But, at the end of the day, the game is really about a set of primitive shapes and basic geometric levels. 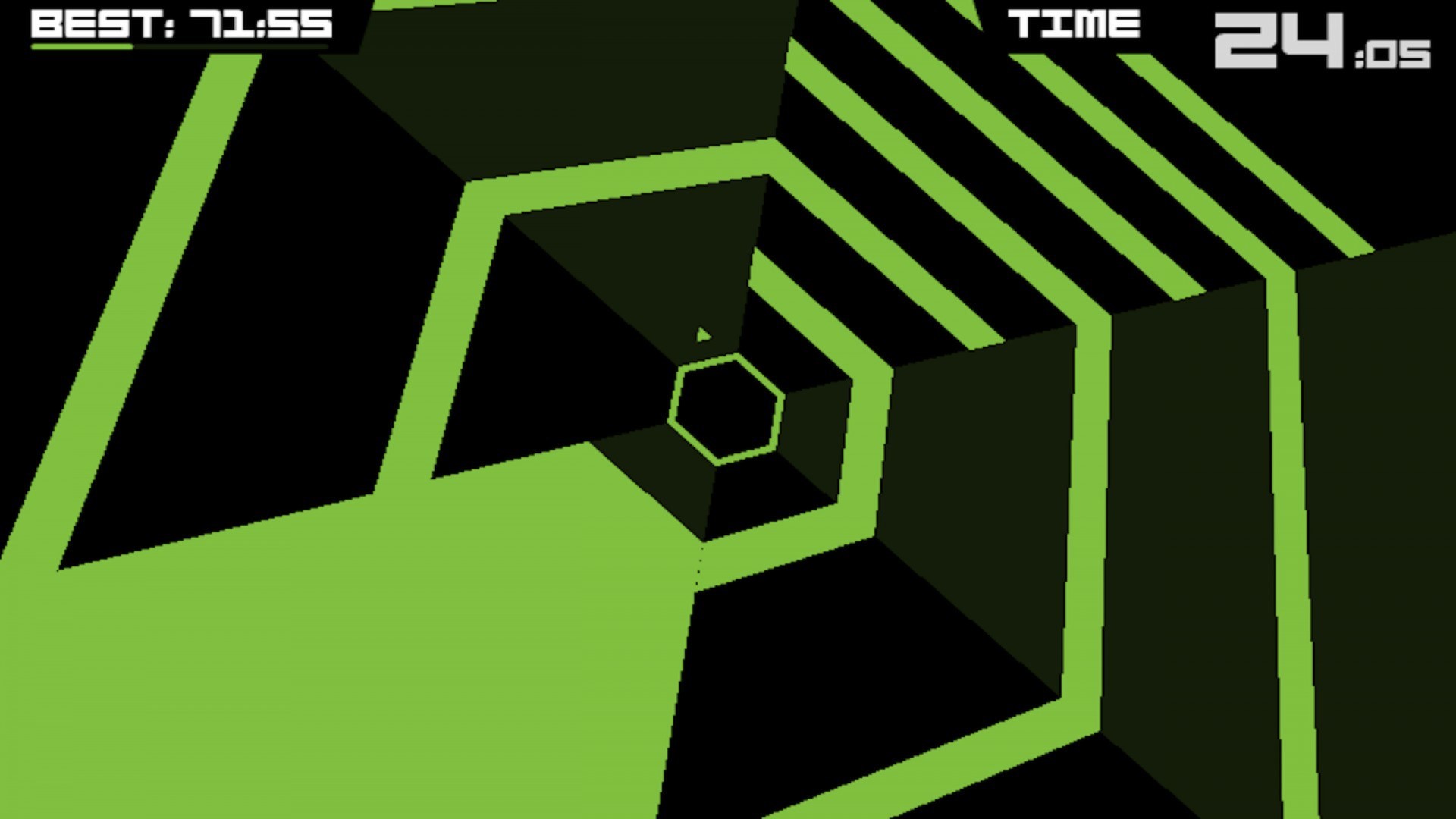 “Super Hexagon” was a hit as soon as it was released. It revolves around the simple concept of not touching the walls that rotate and move to the music. As you can see, the levels appear to be dynamically generated, and while its creator uses a really great soundtrack to move the levels along, all of the visuals can be sorted out once you have the basic gameplay mechanics down.

Let’s talk about how to make art and some ways to package it up into your game.

I love pixel art. It’s super easy to make, and most of the games I build are based on old Nintendo games I used to play as a kid. While pixel art isn’t for everyone, here is a list of some design tools to get you started:

I could probably write an entire book on tools for making artwork for games, but you should take a look at other online tools I may have missed or that you might already own. At the end of the day, it’s all about doing the best you can when it comes to making artwork, and if your game is good enough, you will eventually find someone to help clean it all up. I actually outsource all of my artwork even though I have a background in art because I want to focus on the game and let someone else carry the burden of making good game art. You can find my own collection of open source art work at http://jessefreeman.com/category/game-artwork/

Just like artwork, creating sound effects can be a daunting process. I suck at sound design, and it’s another thing I try to outsource as much as possible. I do have a secret weapon, though, called Bfxr, which you can use online or install on your computer as an AIR app from http://www.bfxr.net/. 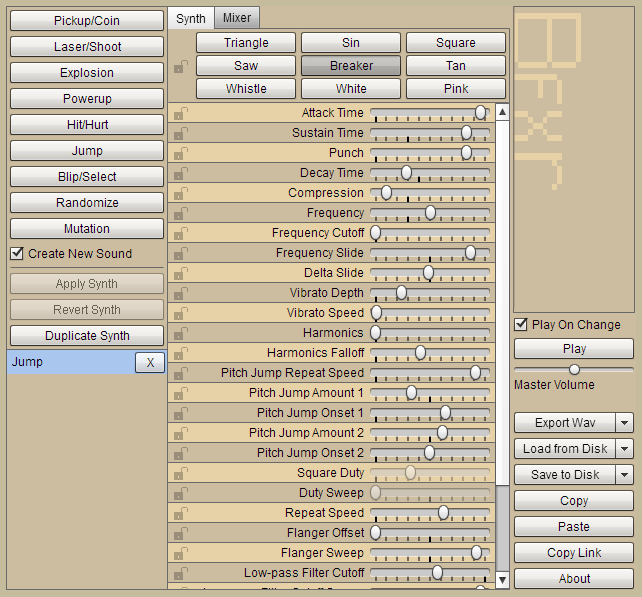 This app is perfect for generating simple 8-bit sound effects for your game. It may look intimidating at first, but as you can see on the left-hand side, there are a bunch of pre-defined sound templates, such as pickup, laser, explosion, and jump sounds. But the most important button is Randomize. I use this all the time to come up with new sound effects, and you can use the Synth option in the middle to modify it. I use these as placeholder sound effects in most of my games, and over time, I have built up a nice little collection of sound effects I can use from game to game to help speed up my development. You can download my collection at http://bit.ly/gamesfx.

Once you have some sound effects, you are going to need a way to convert them. Bfxr likes to generate .wav files, but you’ll be hard pressed to find a game frameworks that still use that file format. That is why I use a program called Audacity, which you can get at http://audacity.sourceforge.net/. 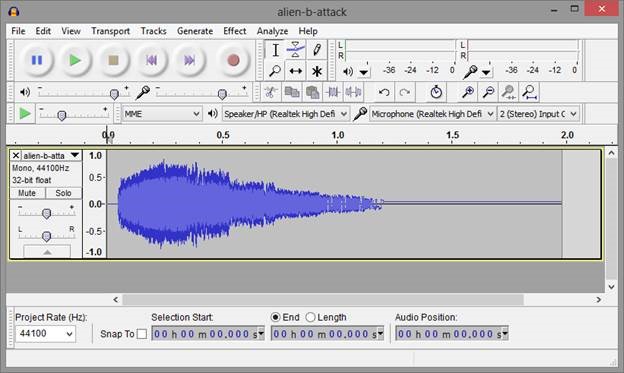 For example, when it comes to HTML5 games, you are going to need to output .mp3 and .ogg files, since each browser supports a different file format.

While this is just a small part of what you will need to produce artwork and sound effects, I have a few links below to open-source artwork and additional resources to help you get started: