Note: You can also read this post in German.

In 2009, two German entrepreneurs saw an opportunity to modernize the taxi industry. While many services in Germany had evolved to become connected, taxis had not. Customers still had to make a call, relay their location and destination, then wait for a cab to come.

So Niclaus Mewes and Sven Kuelper created mytaxi, the first app to directly connect German passengers and taxi drivers. Using the app, customers could simply tap their screen to hail a cab or pay for their ride. Today, mytaxi connects riders with more than 120,000 registered drivers who use mytaxi.

Tamay Gündüz, product owner for the mytaxi app, says the company has always aimed to integrate new technologies to make the customer’s journey simpler and more seamless. So when Gündüz and team learned about Alexa, they were immediately intrigued.

“There's always been an urge for us to see what's possible, to see just where technology can take us. When we saw Alexa, it was something unique, something very special,” says Gündüz. 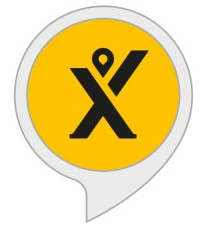 Giving Passengers What They Want Most

When Alexa made its German debut in 2016, the mytaxi team knew voice-first experiences would change the way people interact with its devices and services. The team knew the excitement would quickly spread to consumers at large.

The excitement was palpable within mytaxi as well. Tim Büthe, a back-end Java developer on mytaxi’s passenger services team, jumped at the chance to work on mytaxi's custom skill for Alexa, as did several other developers.

Büthe says the team wanted to include several features but decided it was better to start with a well-defined and minimal feature set for launch. Instead of mimicking every feature of the smartphone app, the team focused on a core feature—enabling customers to simply order a cab by voice. The team also built a login page so customers could link their mytaxi accounts to their Amazon accounts.

Hailing a Taxi in a Voice-Activated World

Mytaxi’s five developers had no trouble implementing the custom skill from a technical standpoint. They found the Alexa Skills Kit (ASK) documentation to be very helpful, with a lot of examples to get them started.

“We already use Amazon AWS for a lot of our back-end stuff, so it was easy finding our way around AWS Lambda,” Büthe says. “We soon had a working prototype, and we started building on that foundation.”

Designing the voice experience took some thinking as it involved designing a voice user interface instead of a graphical one. To order a cab on via a smartphone app, the customer simply taps a button to make the request. But the customers can say a variety of different things to make that same request to Alexa.

The team talked to people around the company to discover the all the variations. But the sheer number, especially in German, made it unwieldy to maintain them in the developer console.

“Then we found something very awesome called the Alexa utterance expander,” says Büthe. “With a special syntax, it generates all possible patterns of different words in the same sentence. We paste the output into the sample utterances field, and we’re done.”

For example, Büthe says the following snippet alone will generate hundreds of utterances:

With only a few lines of this markup syntax, the utterance expander generated over 1,000 utterances, saving the mytaxi team the arduous task of maintaining so many variations manually.

To accommodate both German and English users, the team also needed a way to discover a user’s location and language. This data was in the request sent to the skill’s AWS Lambda function, but it wasn’t yet available via the Java toolkit API. However, because the Alexa Skill Kit is open source on Github, Büthe was able to extend it and retrieve the user’s language.

“It was a challenge, but when we overcame it, it was delightful to the users,” Büthe says.

Going Beyond the Basics

With Germany's pool of Amazon Echo users steadily growing, Gündüz and his team are excited about the rising business impact. As usage increases, Gündüz expects feedback will help mytaxi prioritize new features for its Alexa skill, similar to those in the smartphone app. He anticipates updates like changing a default payment method, requesting a multi-seater vehicle, and sending special instructions to the driver.

The idea, he says, is to continue innovating and delighting customers through voice-first experiences with Alexa.

“Magic doesn't have to be something as big as autonomous driving cars,” says Gündüz. “It could be more personal, like when I arrive home and Alexa knows I arrived by taxi. I open my front door, and Alexa could welcome me home, ask if I enjoyed my ride, and even ask me to give the taxi a five-star rating. We are just getting started.”

Developers have built more than 13,000 skills with ASK. Explore the stories behind some of these innovations, then start building your own skill. Once you publish your skill, apply to receive a free Echo Dot. This promotion is available in the US only. Check out our promotions in the UK, Germany, and India.