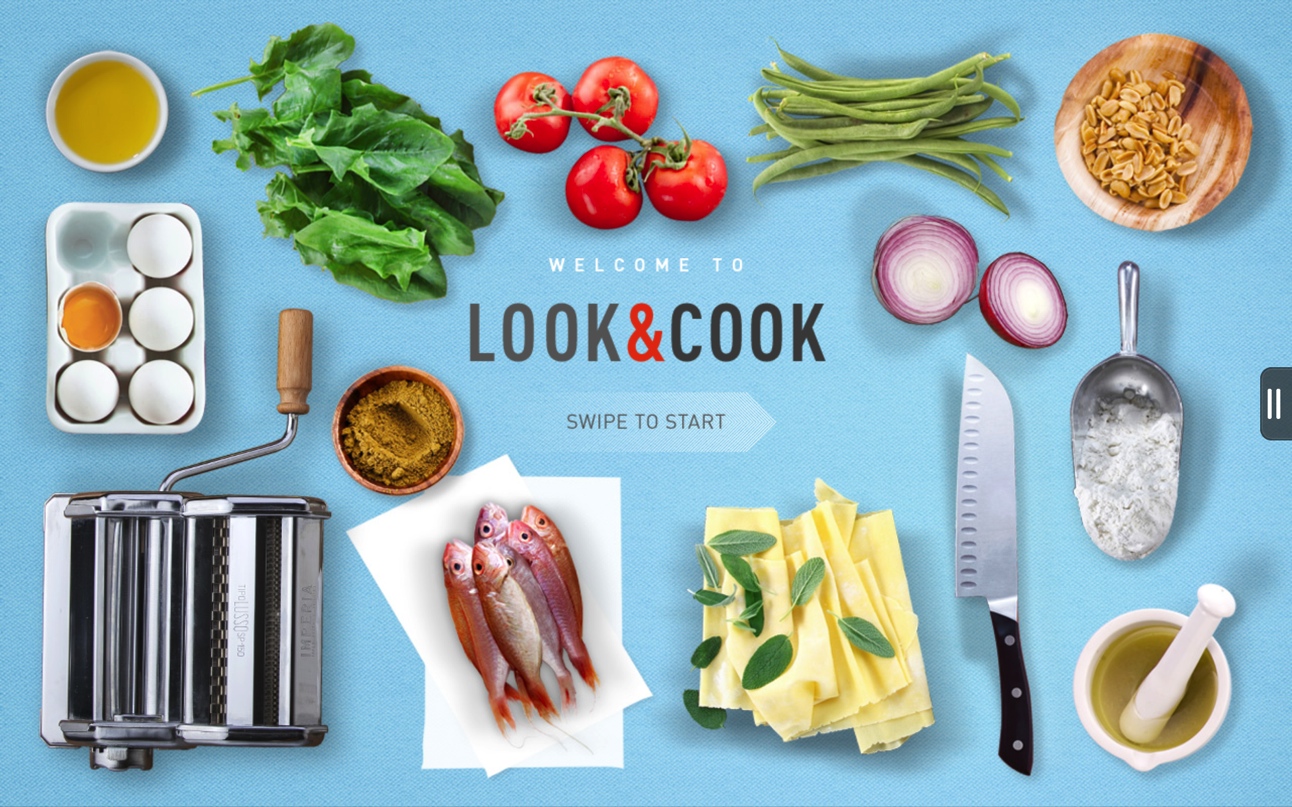 “Look and Cook is a cooking and now a shopping app, thanks to Amazon’s Mobile Associates API. We are building a platform for building cooking apps.” - Dudu Mimran.

Why start with Amazon? A better user experience.

Having found early success on iOS, including an advertising campaign on Pinterest, the team decided it was time for an Android version. For Kinetic Art the most important thing for Look & Cook was ensuring a great user experience. They were confident they could achieve this vision on Kindle Fire as they only needed to target a single device vs a multiple of Android devices. “On Amazon, you can focus a lot on Kindle. With Google Play you have to make sure you having everything looking good on many, many devices. We decided it would be a much easier transition going from iOS to Amazon because of this.”

Look & Cook was able to leverage Amazon to create a culinary lifestyle experience by integrating ecommerce into the food and culinary world. The current version of Look & Cook now has numerous physical goods related to the cooking of the selected recipe. “We created a small shop within each recipe. The tools that are included in the app are recommended by the recipe creator to make the recipe perfectly. In general, this is what our investors have in mind. Our main business model in the future will be ecommerce. We are not there yet, but this is a great step. We are betting everything on ecommerce and we already have purchases. People are buying for sure,” declares Dudu.

Even though the team has seen a smaller number of app downloads on Amazon vs. iOS people are definitely buying goods and they have already seen differences in the behavior of customers. “We have two types of users on Amazon: those that use it on an ongoing basis and those that love it for cooking. We also see those that love it for the very first time. They are more engaged on Amazon, and if I compare the amount and depth of reviews, then totally, people are much more engaged into the app itself,” says Dudu.

According to the team, once they understood the basics of integrating the API for Amazon Mobile Associates, things progressed quickly. “It was very easy, and it just works!” says Dudu.

“Our main business model in the future will be ecommerce. We are not there yet, but this is a great step. We are betting everything on ecommerce and we already have purchases. “ 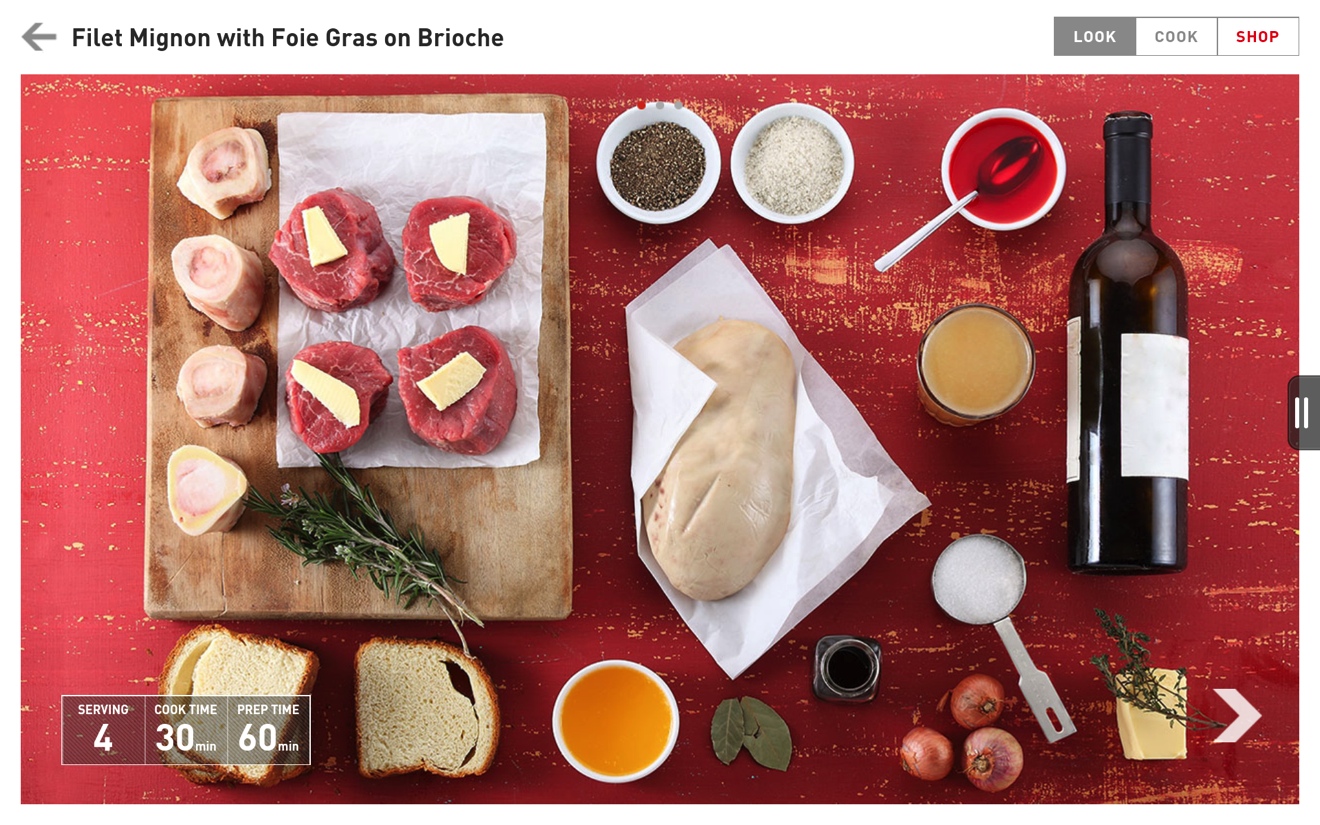 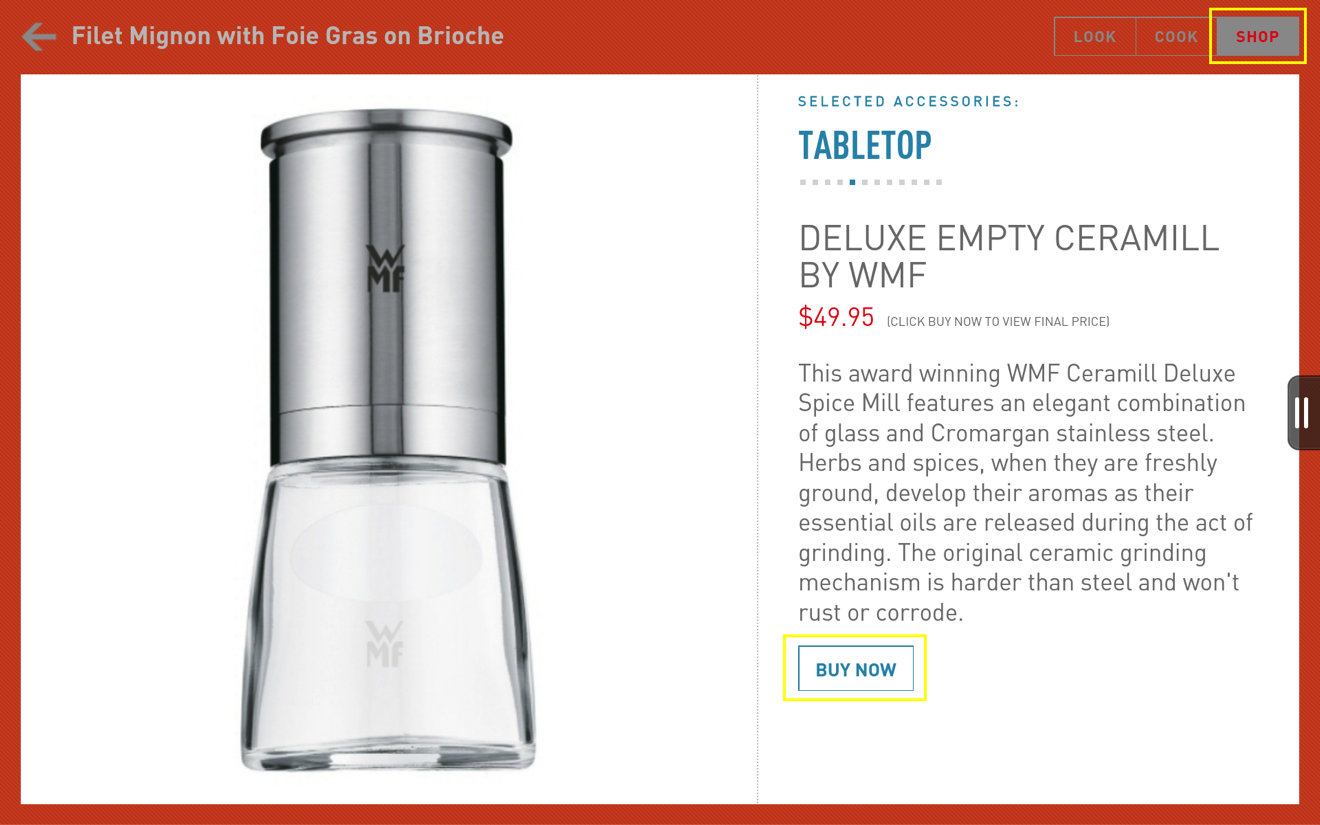 Figure 2- Tapping on Shop will bring up a physical good for that recipe you can buy with the Buy Now button. 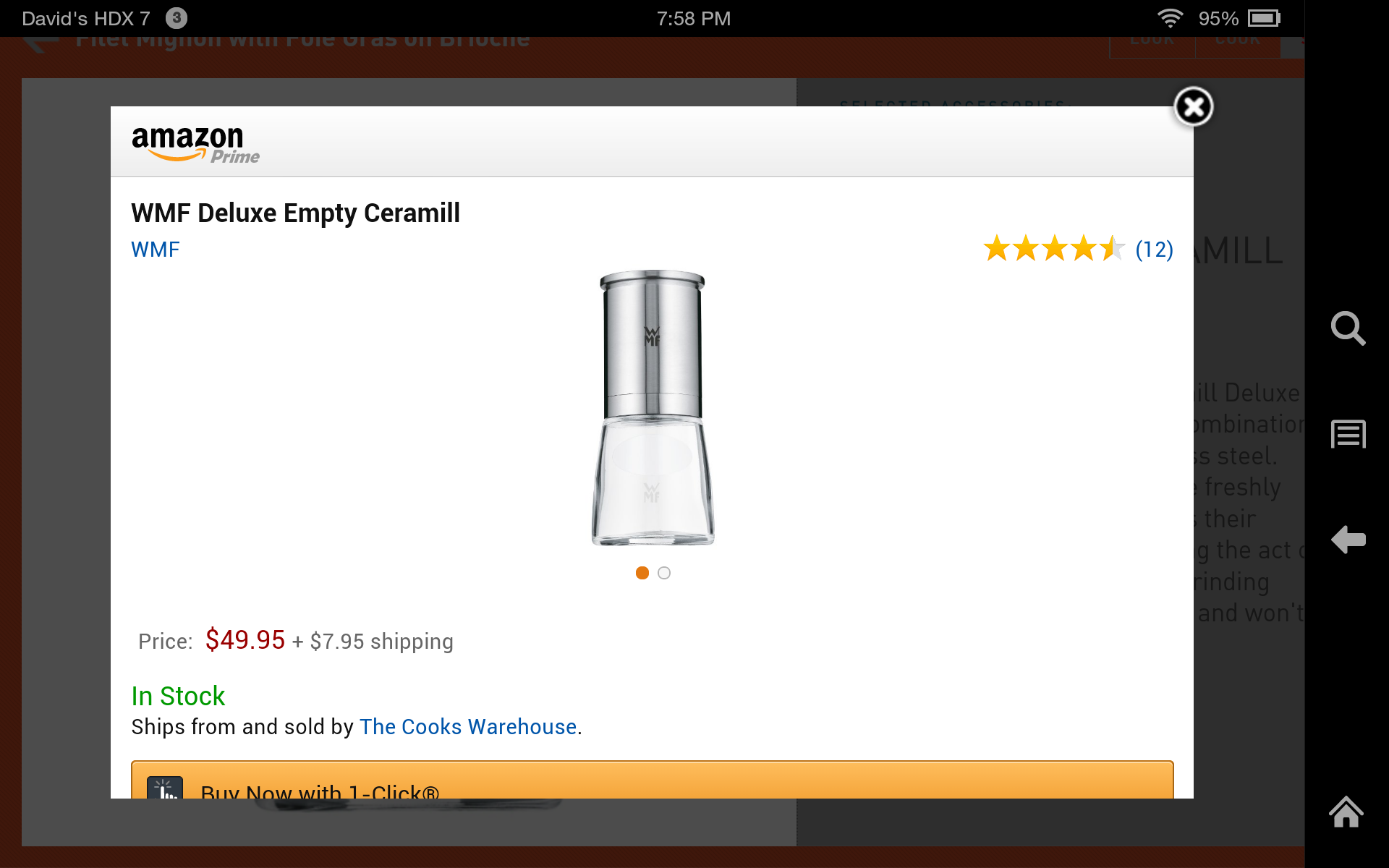 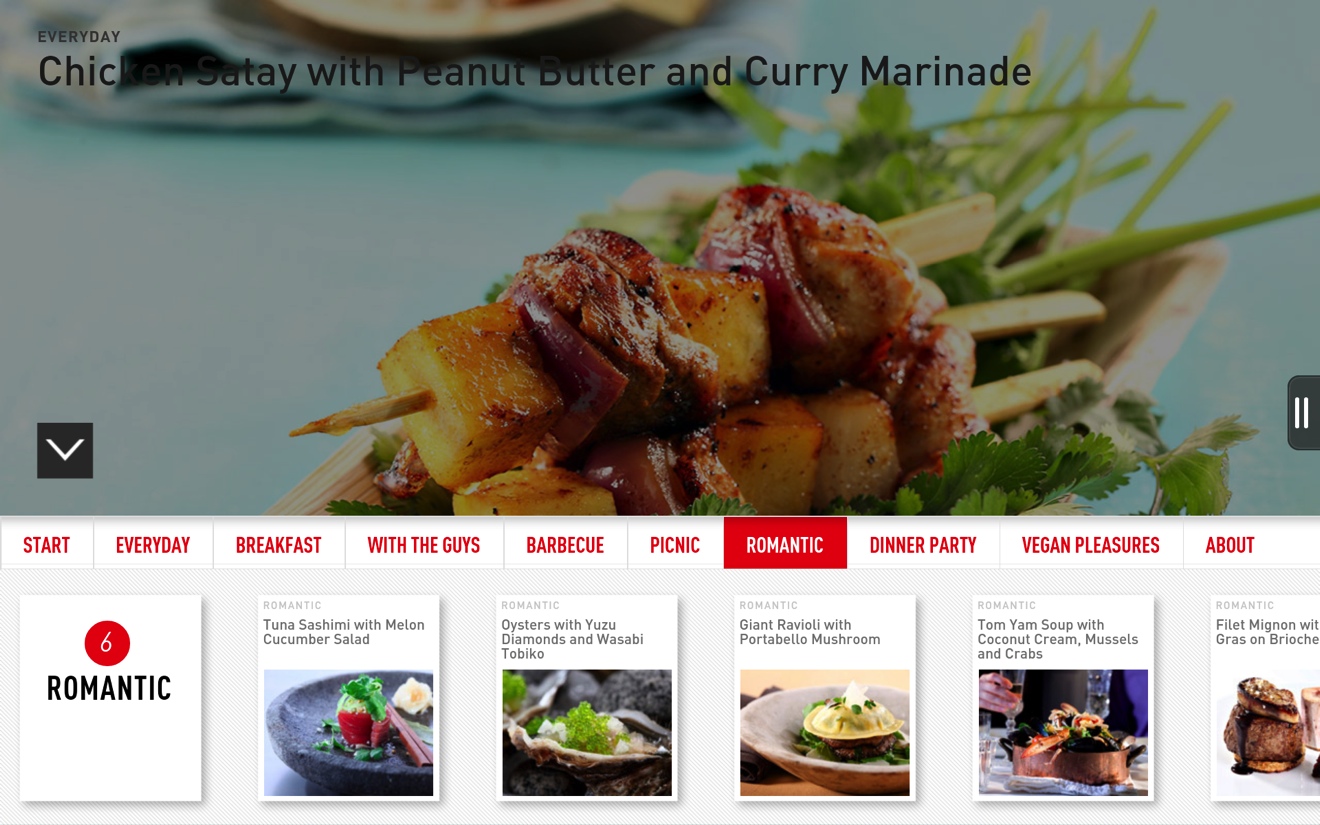 To measure success the team built a detailed level of conversion measurement. For example, they know how many people download the app, navigate through the app, navigated to an extended view, and buy products. In the future, one of the improvements will be creating greater exposure to other random products and not forcing people into the ones the app recommended.

It’s too early to tell how much money the team will be making but already they are seeing purchases. “It’s less important for the number at the moment, behavior is what is very important. Really getting customers used to the behavior is important. They are not accustomed to buying within the app. Now we are working on several angles: distribution, volume of users, exposure of more products, and then quality of product and selection,” says Dudu.

When asked about potential growth, the team projects as much as 8-10x growth once they start really marketing to users. Their favorite part about working with Amazon? “I would say the personal touch. This is very, very important to us and a huge differentiator. From a user perspective, Amazon customers are much more engaged and seem to be people that buy.”

You can check out Look & Cook in the Amazon Appstore here and find out more about the Amazon Mobile Associates API here.