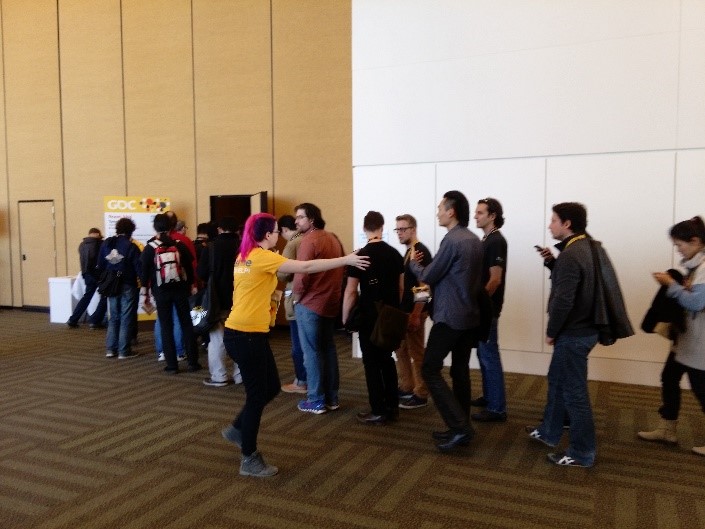 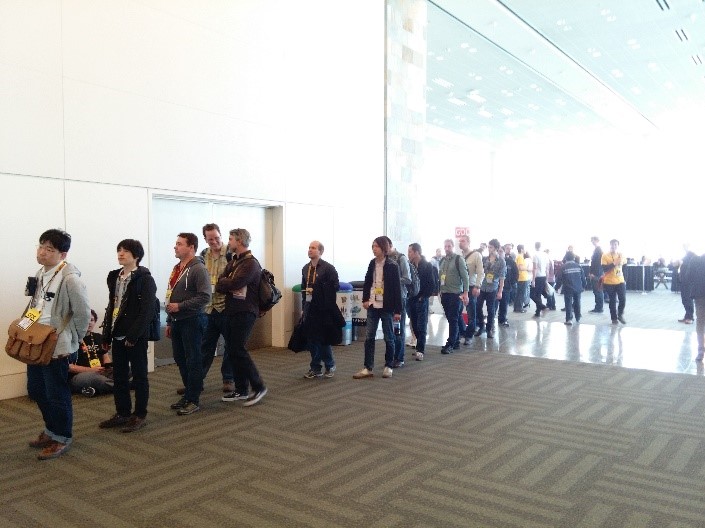 These sessions were previously only available to GDC attendees, and we’re excited to announce that we’ve made all of the Amazon GDC Developer Day sessions freely available online. Enjoy!

Top Tips for Porting Unity Games to Fire Devices
Jesse Freeman, Developer Evangelist, Amazon
In this talk, we cover important tips for porting Unity games over to Fire TV, Fire tablets and Fire phone. Through code examples, we'll demo how to support multiple resolutions for pixel perfect Orthographic and Perspective Cameras, abstracting player input to support keyboard, controller and touch, and optimization tips for C# for the best performance. We'll also show how to deploy to our devices and get your game up and running on Fire OS. You'll walk away knowing what it takes to publish to the Amazon Appstore and help expand your game's user base.

How to Evolve Players into Fans
Peter Heinrich, Developer Evangelist, Amazon
We’ve analyzed the top mobile games to see what best practices make them stand out from the crowd. Several trends emerging now will amplify those best practices, and games will have more opportunity than ever to excel. In the future, the top games will have fully realized fan bases that will drive their user acquisition and engagement engines. That fan base will include players but also content creators, advocates and potential new customers — this will open up a wider range of monetization options.  Hear more about how top mobile games drive greater engagement and revenue and learn how to you can do this with your own game.

Build and Deploy Your Mobile Game with AWS
Dhruv Thukral, Gaming Solutions Architect, Amazon
Tara Walker, Technical Evangelist, Amazon
Developing a successful mobile game today is about more than just the game:  Users expect backend services like user authentication, downloadable content, and social features. Using our AWS Mobile SDK for iOS and Android, it’s easier than ever to build a game with these services.  This session will provide a step-by-step approach to add features to your game such as user identity management, dynamic content updates, cross-platform data sync, and more.  We’ll demonstrate how to use the AWS Mobile SDK to securely interact with services such as Cognito, DynamoDB, S3, and EC2.  Finally, we’ll provide a few common architecture patterns and scalability tips for AWS game backends.

How We Made a Game No Fun
Mike Hines, Developer Evangelist, Amazon
There are lots of suggestions about how to make a game fun.  Best practices are everywhere, but you can't just follow them blindly.  To create a fun game, you have to figure out how best practices integrate into your specific game.  Watch what we did wrong, and what we learned along the way.

Connecting with Your Customers - Building Successful Mobile Games through the Power of AWS Analytics
Nate Wiger, Principal Gaming Solutions Architect, Amazon
Free to play is now the standard for mobile and social games.  But succeeding in free-to-play is not easy:  You need in-depth data analytics to gain insight into your players so you can monetize your game.  Learn how to leverage new features of AWS services such as Elastic MapReduce, Amazon S3, Kinesis, and Redshift to build an end-to-end analytics pipeline.  Plus, we’ll show you how to easily integrate analytics with other AWS services in your game.

Deploying a Low-Latency Multiplayer Game Globally: Loadout
3:30pm-4:15pm
Nate Wiger, Principal Gaming Solutions Architect, Amazon
This is a deep-dive straight into the guts of running a low-latency multiplayer game, such as a first-person shooter, on a global scale. We dive into architectures that enable you to split apart your back-end APIs from your game servers, and Auto Scale them independently.  See how to run game servers in multiple AWS regions such as China and Frankfurt, and integrate them with your central game stack.  We’ll even demo this in action, using AWS CloudFormation and Chef to deploy Unreal Engine game servers.

How Game Developers Reach New Customers with Twitch
4:15pm-5:15pm
Marcus Graham, Director of Community & Education at Twitch
Ernest Le, Director Publisher & Developer Partnerships at Twitch
Twitch is the largest live video platform and community for gamers with more than 100 million visitors per month. We want to connect gamers around the world by allowing them to broadcast, watch, and chat from everywhere they play.  In this session, learn how game developers are creating engaging experiences and reaching new customers via the Twitch platform.

Garnett Lee and Tyler Cooper hosted a steam during GDC this year on Twitch. The guys were joined by representatives from 2K games for XCOM: Enemy Within, Tellate for Game of Thrones, Ep. 2, Tripwire for Killing Floor Calamity and ended the night with Hipster Whale and a Crossy Road competition! If you are a gamer interested in seeing first-hand what the current batch of Android games looks like on the big screen be sure check out the stream here. 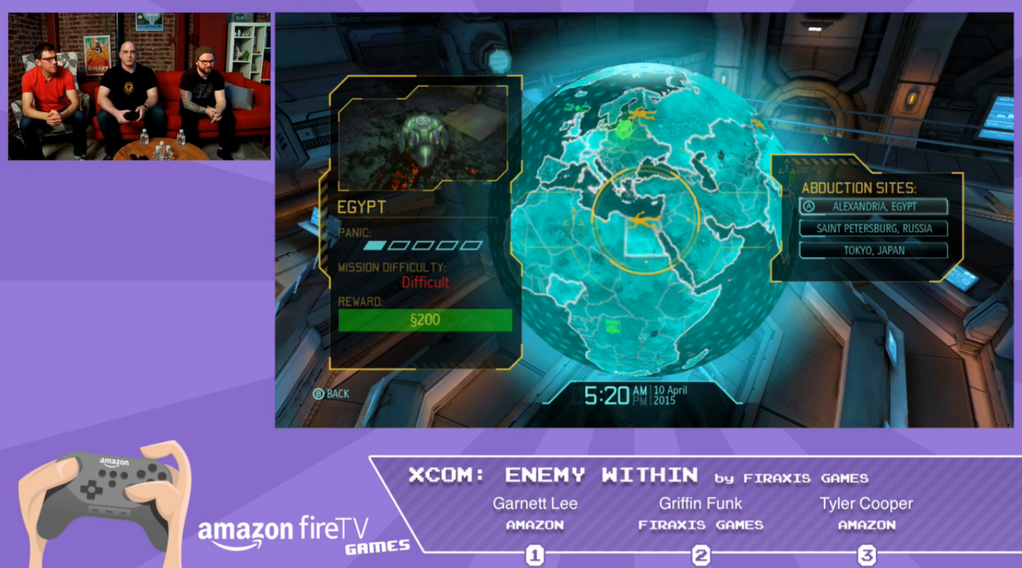 For more information about getting started with the Amazon Appstore, Amazon Fire devices, or how to submit your game check out the following additional resources: