Steve Boymel from Farlex is the creator of the Dictionary app “Dictionary.” Based out of Pennsylvania, the app already has over 1,300 reviews on the Amazon Appstore. The app delivers a comprehensive dictionary that is available in over 14 different languages including English, Spanish, and French.

One of Steve’s challenges after creating the app “Dictionary”, was to generate revenue. “After looking at the existing landscape, I felt that Amazon had a great offering,” says Steve, which is why he decided to test the Amazon Mobile Ads API in his Amazon Appstore app. This was Steve’s first time integrating the Mobile Ads API into any of his apps, but he had confidence that the Amazon Mobile Ad Network would monetize well. In the first few weeks Steve saw a $0.70 eCPM, which was much higher than he expected. 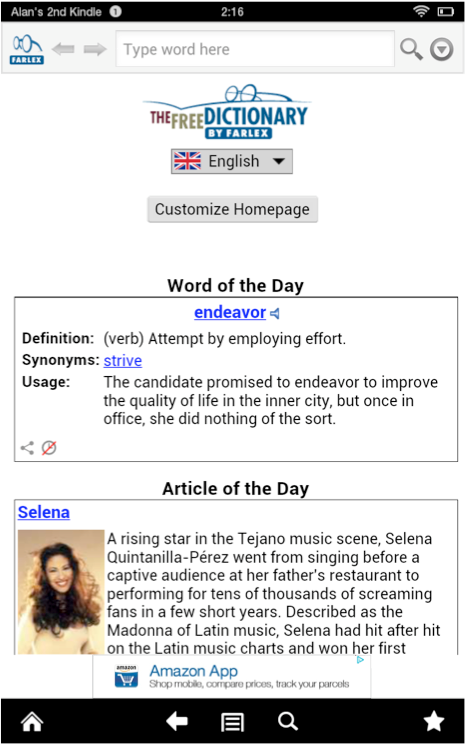 Integrating the Amazon Mobile Ads API into his Google Play apps was easy. He has one code base for all Android apps so it was just a matter of re-packaging his Google Play binary.

When we called Steve with an opportunity to monetize his UK traffic as a beta tester, Steve jumped at the opportunity. After all, he was not serving any ads to his UK users so any earning would be incremental. All he had to do was swap out his Amazon Mobile Ads API jar file.  So how did the banner ads perform?