gon – also the President and CEO – took advantage of structuring their organization using the new permissions.  The only rivalry that existed between these two siblings was one that revolved around Developer Portal access: Berkeley, a self-described “data junkie,” was completely reliant on his brother Steven to “get signed in using his personal Amazon account.”  Without global visibility to all the great functionality of the Developer Portal, it became Steven’s role to debrief the team.  Needless to say, the entire team was very excited to receive the announcement for User Permissions.

Steven said, “The setup was super easy, and it literally took me seconds to enter email addresses and send out the invites for assigned roles.” Berkeley Malagon sees this as “a scalable solution as we move forward and grow as a company…adding new users and assigning access.”

The team at DistinctDev also sees the new User Permissions functionality as a great sign for things to come with the Amazon Appstore.  “The improvements really make it even simpler, organizationally, to upload new titles, and it makes us feel like our feedback is really taken seriously,” stated Berkeley.

This is all good news for Amazon customers as well, who have taken a liking to great quality games, like The Moron Test.  The DistinctDev team cannot wait to see what new enhancements are to come and encourage everyone participating in the Amazon Appstore to take advantage of setting up their permissions.  Berkeley said it best, “User Permissions is spot-on.”

Tired of having to give colleagues on your team access to your Amazon Appstore Developer Portal account?  Worried about sharing your Amazon.com password for access to the Portal?  Based on developer feedback, we have released a new functionality that will make managing your account even easier: User Permissions.  We understand the need for each organization to have sets of access levels and visibility to the Portal’s functionality.  Now, you will be able to set these permissions for multiple users of the same Developer Portal account. 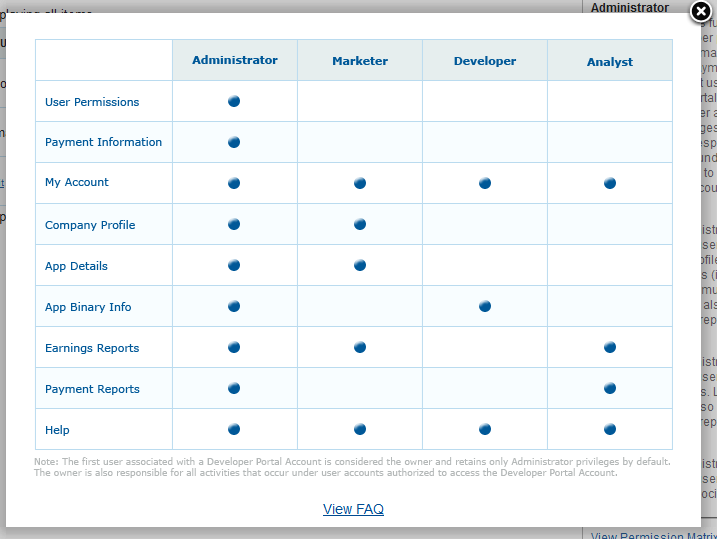 While there is only one owner-designated Administrator, there is no limit on the number of additional Administrators or sub-roles.  Only the Administrators can easily see all other users associated with the account.  Have a small team where the person handling submissions also oversees marketing strategy?  No problem, users with Administrator privileges can be assigned to more than one role.


The process for assigning roles is simple.  Once you identify everyone who requires access, go to “User Permissions” and enter their email addresses and we will send an invitation email for them to accept access and their role.  Once everyone has accepted, we make it easy to sort by name and role on the Permissions Page for everyone on the team. 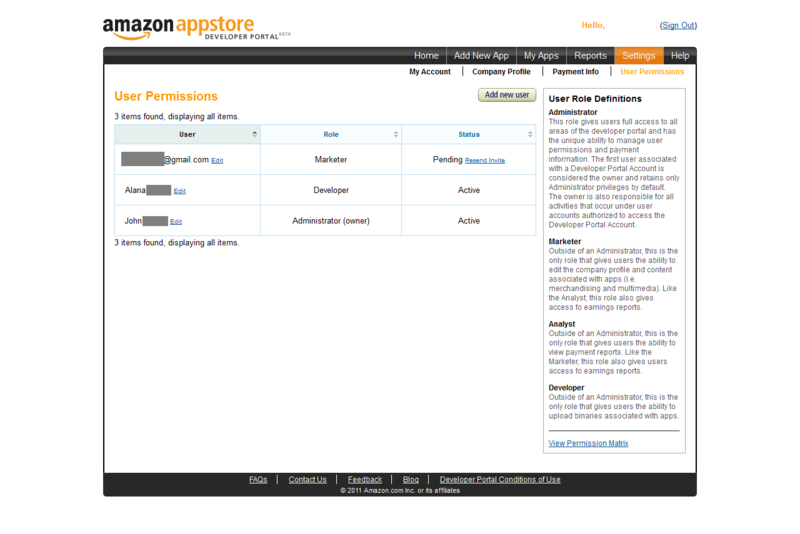 Finally, we realize that some users do work for more than one organization.  So, we have added a new Account drop-down menu on the Home Page of the Developer Portal—allowing you to manage multiple organization accounts from the same Amazon.com user login. 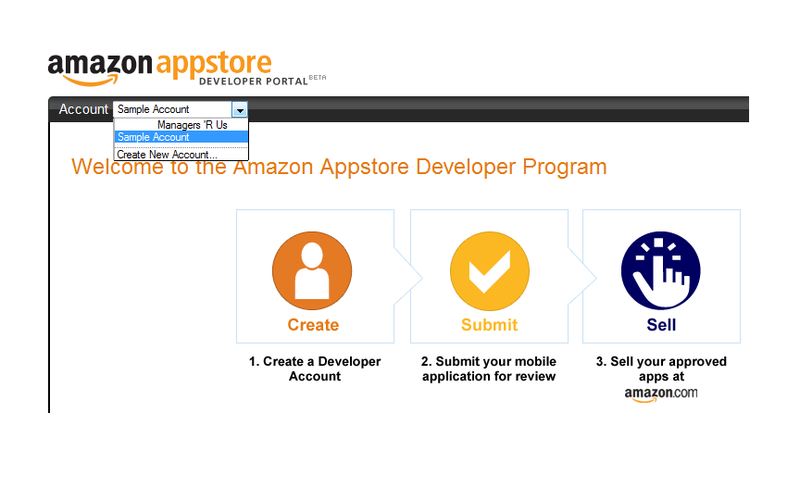 There you go - User permissions granted!  Begin setting up your team today.