The Amazon Appstore for Android is the place where developers can get exposure for their Android applications through automated merchandising and other marketing.  Amazon also offers great solutions for developers to build apps with the Amazon Web Services (AWS) Mobile SDK.

From September 7, 2011 through November 15, 2011, developers who submit an Android app to the Amazon Appstore are eligible to receive a one-time $50 promotion code for use on certain AWS services (subject to terms and conditions).  Promotion codes will be emailed directly to developers during the first week of October and the last week of November.

AWS delivers a set of simple building block services that together form a reliable, scalable, and inexpensive computing platform “in the cloud”. With AWS, developers can easily access a scalable and cost-effective cloud computing resources through simple API calls or with the use of the AWS Mobile SDK for Android (and iOS).  As noted in this blog post , some highlights of the AWS SDK for Android include:

The SDK includes a library, full documentation, and some sample code.  You can get the library on GitHub.  Also, in true open source fashion, AWS is open to and encourages external contributions.

Learn more about the AWS SDK and this promotion online here.

In a previous post, we talked about automated marketing for apps in the Amazon Appstore for Android. On top of automated marketing, Amazon is constantly striving to achieve an excellent customer experience through timely merchandising of relevant products across Amazon.com.

Occasionally, we can market apps from our store in other Amazon storefronts when the content is compelling and the right fit. This placement is a win-win for customers and developers. It brings relevant information to customers and can increase impressions and hopefully downloads of an app for developers. Here is an example of a “right roto,” or an ad that appears on the right of a page, for the TurboTax SnapTax app in Amazon’s tax storefront. 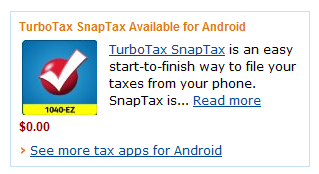 On top of showcasing the TurboTax SnapTax app, we incorporated a “shoveler,” or a grouping of apps, onto the page where we’re displaying other tax-related apps that we think customers may find useful.  Here is a look at the entire page: 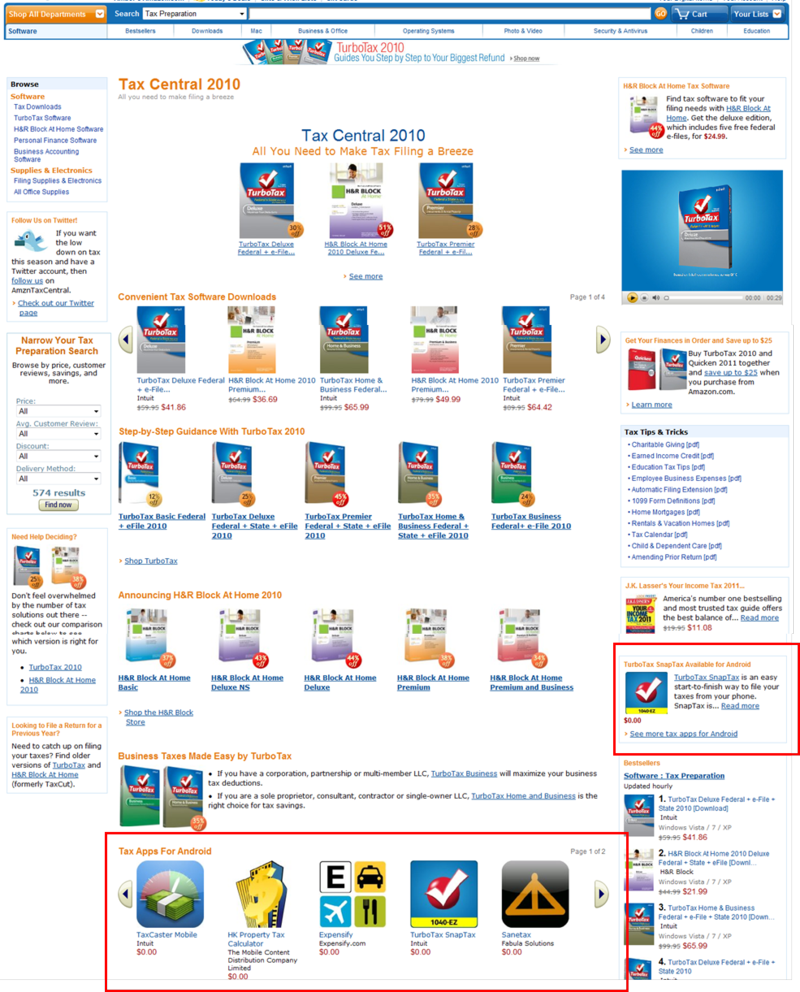 So what makes an app the right fit for placement in other Amazon stores?   Bottom line, the app content must be relevant to and/or complement other content on a page in another Amazon store.