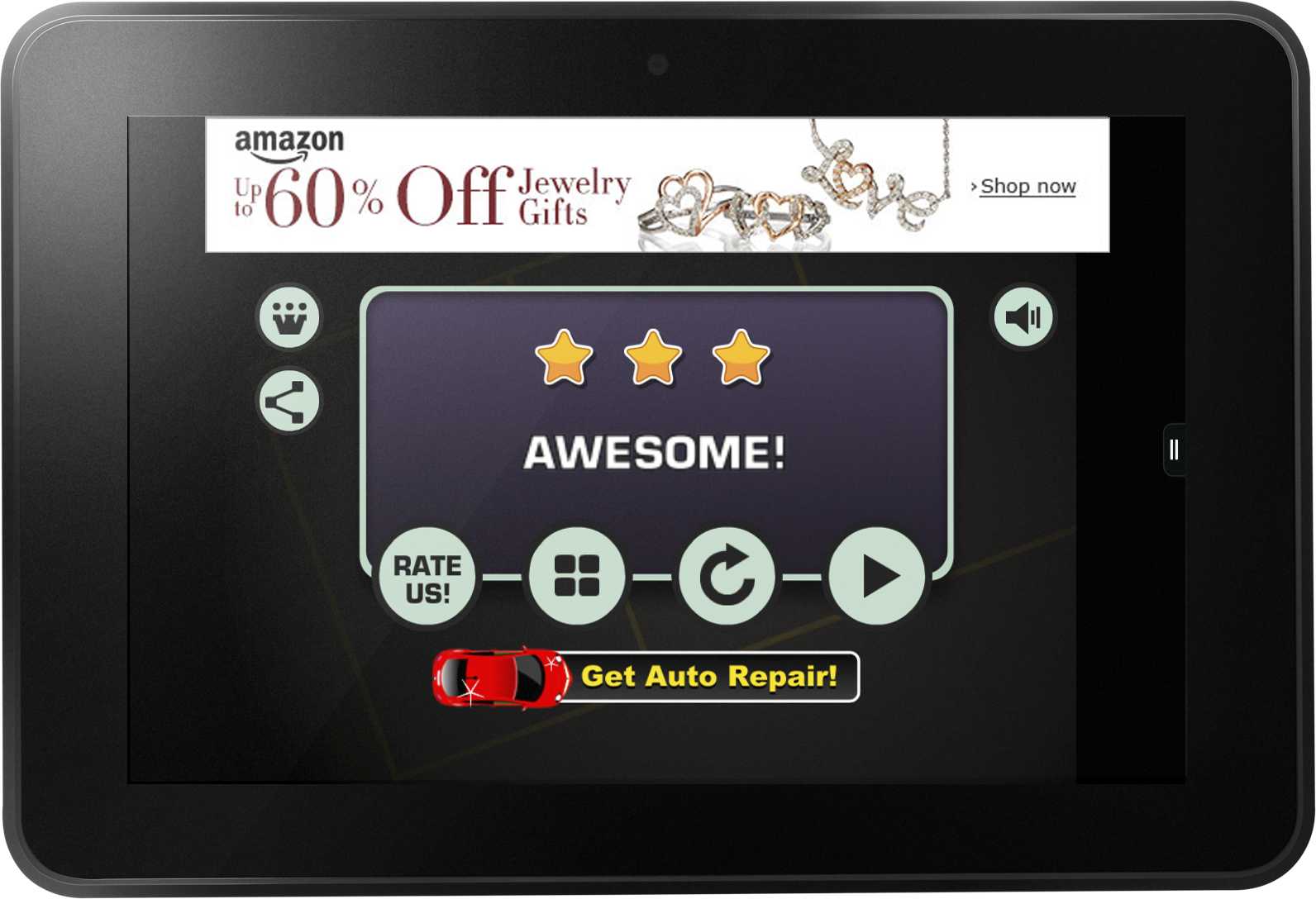 Games2Win always believed their ad revenue from their Kindle Apps could do better.  Just like many mobile game developers relying on advertising for a significant portion of its revenue, they continually evaluate the performance of its ad networks.

Games2Win found a good reason to accelerate adoption of the Amazon Mobile Ads API across their catalog. Amazon delivered 733% better than any other ad network Games2Win tested with a $1.25 eCPM.*  Dating Frenzy achieved similar results, proving the initial success was no fluke. Parking Frenzy rose to $1.85 eCPM, and Perfect Date hit an all-time high of $2.87 eCPM.  Games2Win was pleasantly surprised, to say the least.

“The $2.87 eCPM we saw through Amazon far exceeded our expectation. Now we’re racing to get Amazon integrated in all of our apps across all Android stores.”

Games2Win shares the following best practices with other developers based on their experience.

Incorporate ads in to the app early in the design phase. “Integrate the ads into the game early on.  Don't rely on using the pre-provided demo app to prove that ads work,” says Kamalakannan Jothi, Head of Games Technology.  “Depending on the platform you are developing on, understand how its plugins are integrated.  This makes any debugging much easier.”  Games2Win creates its games using Adobe AIR and Unity3D.

Jothi also recommends calling the Amazon Mobile Ad Network first to take advantage of the high eCPM then using a mediation layer to call other third-party ad networks afterwards.  Take advantage of open source and commercial plug-ins when possible to avoid having to roll your own.

About Games2Win
Games2win (g2w) is a casual games company that has clocked 35 million downloads across all mobile stores in just one year.
http://www.games2win.com/en/
India

* Performance may vary by app.